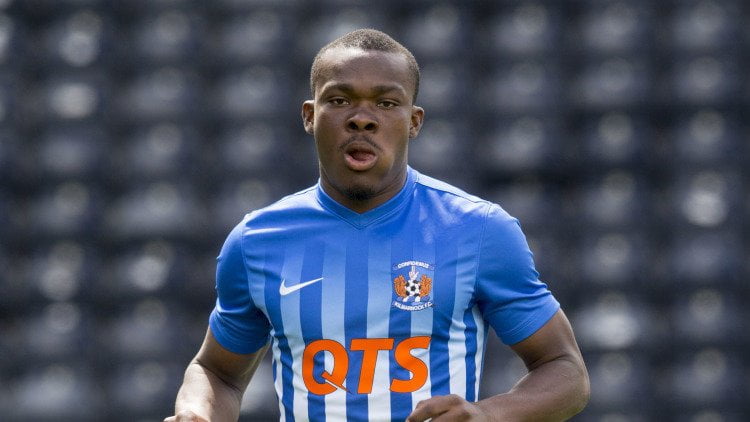 Posted at 17:48h in Uncategorized by Peter Martin 0 Comments
0 Likes

Souleymane Coulibaly has completed his move from Kilmarnock to Egypt in a deal worth a potential £1million.

Al Ahly have announced that the forward has signed a three-and-a-half year contract.

It is understood the deal is worth an initial £750,000 with the fee rising towards seven figures if add-on clauses are triggered.

The Ivorian flew out to Egypt on Monday after Killie accepted offers from the country’s two biggest clubs, Al Ahly and Zamalek.

Al Ahly met the 22-year-old at Cairo airport and secured the deal, which they say came after weeks of confidential negotiations. Killie had rejected an earlier offer.

The sale represents a remarkable piece of business for a player released by Peterborough last summer. The versatile attacking player scored five goals for the Sky Bet League One club but was loaned out to Newport towards the end of his sole season at London Road.

He had returned to English football in the summer of 2015 following a spell in Italy, where he spent most of his teenage years. Coulibaly signed for Tottenham in July 2011 after being top goalscorer in the Under-17 World Cup while playing for Ivory Coast.

Coulibaly scored 11 goals for Kilmarnock with an audacious 40-yard strike at Celtic Park and stunning overhead kick against Dundee already tipped as goal of the season contenders.

But his loss could be a major blow for Lee Clark and his team’s survival bid. Tenth-placed Killie have scored just 16 Ladbrokes Premiership goals this term – half of them coming from Coulibaly.

Clark now looks likely to do more business in the transfer market after already bringing in more than 20 players since the end of last season.

“I loved the Kilmarnock fans so much and I thank them for their support,” he wrote. “I will miss them and never forget my time with the club. Goodbye!”