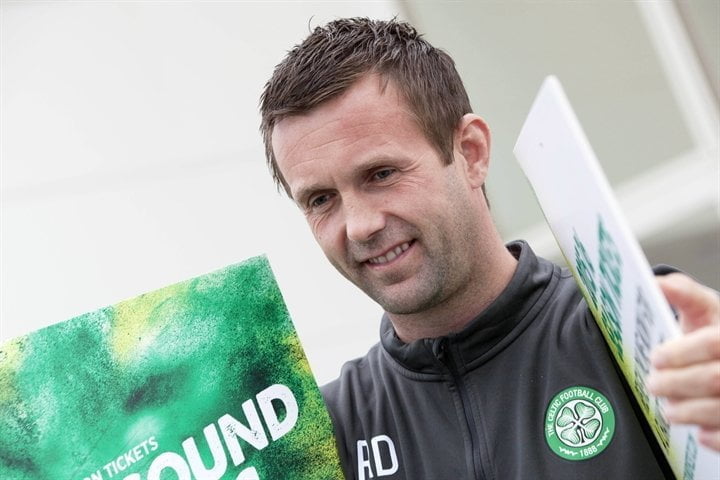 Celtic boss Ronny Deila believes referees should come out after games and explain their decisions.

The Norwegian boss is calling for greater transparency after the furore surrounding the incident involving Inverness CT defender Josh Meekings.

The 22-year-old was cleared to play in the Scottish Cup final at an independent tribunal following a retrospective ban – the first of its kind for handball – which was missed by fifth official Alan Muir and referee Steven McLean in the Highlanders 3-2 win over Celtic.

And Deila believes the fallout could have been avoided if officials were able to come out after games and explain their decisions.

“There are so many meetings. Is it so hard to make a decision,” he said.

“In Norway, the referees are talking to the newspapers and saying I am sorry I missed it. Just be humble and say how you felt instead of sitting and not saying anything. It is better to answer and do it in an honest way and then we move on.

“Should referees be allowed to speak out? Why not? What is the problem? I can’t understand it. Everybody has to stand up. Not only when it is bad things, it is good things as well.

“There has been many times the referees have been very good. But to be open and honest is important and then we can stop talking about this week.

“If I was the referee after that match and I knew what had happened [and realised my mistake]. I would say I’m very sorry, I should have done better what can anyone say more?”

Deila was still frustrated after his side were denied the treble and believes there should be greater consequences for officials.

“I have talked about it many times. You will never get it back.

“The referees are the big issue. If we do bad performances the players get dropped from the team and criticised in newspapers.

“It is the same with the refs, there has to be consequences. Go after the player, maybe, but that is not the biggest issue.

“It is about not seeing an incident that is so clear, that is what we are talking about.

“The referees have been good. I don’t have any problems with them at all. But this incident was so crucial and I was very disappointed.

“Everybody can make mistakes but if we do those mistakes as a team or an individual, there is consequences.

“If we do bad things we get things. The player isn’t the biggest problem.

“It is one or two metres away, if it is a reaction it is very hard to say. He made that choice to save the ball, you know the consequences but he didn’t get those consequences. It is not fair but they didn’t see it so we have to move on.”