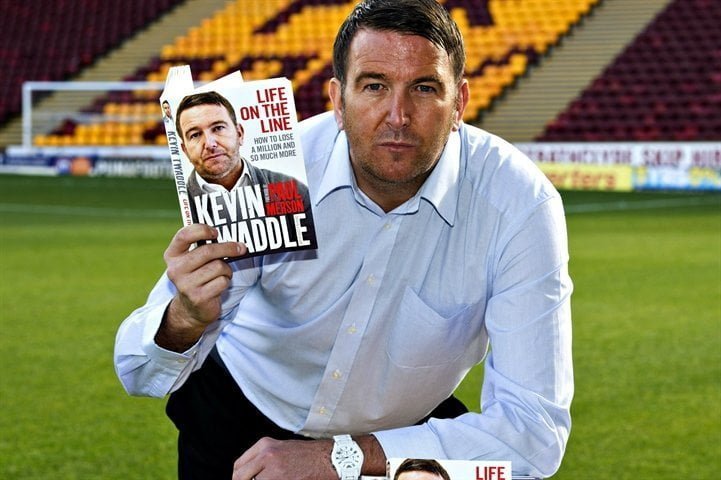 Former Hearts and Motherwell footballer Kevin Twaddle has urged Dundee midfielder Paul McGowan to seek help for his gambling problems after he was convicted for his third police assault.

McGowan was spared jail but has been given a 16-week tagging order after he admitted to kicking a police officeer, PC Jamie White, during an incident less than 24 hours after Dundee’s match with Celtic last November.

The 27-year-old has to be in his house from 7pm to 7am every day for the next four months.

His lawyer Liam O’Donnell said in court the root cause of his anger was due to a gambling problem he had and that anger was heightened with alcohol.

Twaddle, who was a gambling addict himself, had sympathy for McGowan’s problems but told Peter and Roughie’s Football Show that he needs to want to sort it out.

“I feel for the boy as well. It’s not the first time he’s got himself into trouble. It’s a great lifestyle being a footballer but I think there’s a lot of pressure that goes with it.

“It can lead to doing good things with your money or you can go down the wrong road like I did.

“He’s got to want the help for himself he’s probably got to go to a place that he has never been before and then realise he might need help with his gambling.

“It’s very hard for footballers as well, living that lifestyle and being in the pressured environment but there is help there with the PFA.

“Nine and a half years ago I realised I needed a bit help for gambling. It becomes easier you start living your life better you start doing things properly. I go out and speak at PFA events and it’s nice to give something back.

“I’ve seen what this addiction can do to you. I’ve seen a couple of people commit suicide, one person was really close to me which was really tough.

“I can understand where it takes you to. Paul Merson wrote the foreword for my book and he gave a great insight into it: when you see a man coming down the street you know he is an alcoholic or takes drugs, but you can’t tell that with a gambler who has lost all their money.

“But they are all the same problems, they are all going to probably kill you in the end if you don’t seek help.”