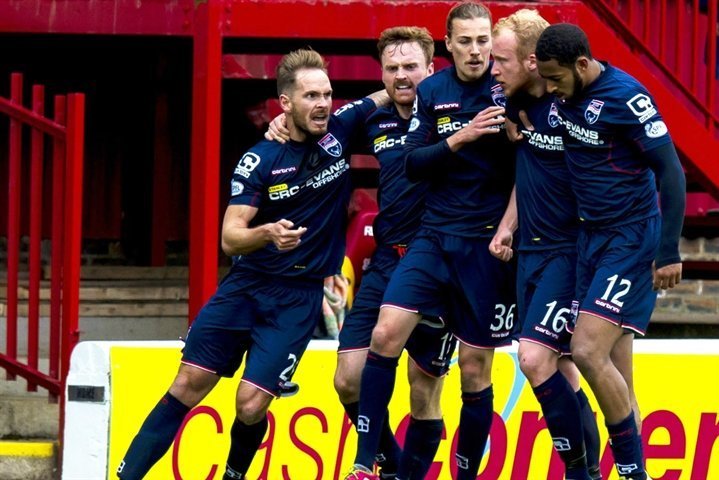 By Laura Brannan at the Falkirk Stadium

Hearts moved to within touching distance of clinching the Championship title with a 3-0 win away to Falkirk on the weekend that could see them seal promotion.

Jamie Walker, Genero Zeefuik and substitute James Keatings scored the goals to almost get them over the finish line.

And it could be crossed on Sunday if Hibs fail to beat Rangers at Easter Road.

The Tynecastle side now lead by 23 points as they close in on being crowned the champions.

Over 4,000 Jambos travelled to Falkirk for the victory but Hearts head coach Robbie Neilson admitted he’d rather clinch it in front of a crowd four times that size.

They face Queen of the South in front of a packed Tynecastle next weekend.

“We just want to win the league but it would be great if we could do it at home and give the fans a day to cheer and enjoy,” he said.

“But if it happens tomorrow then so be it.”

Falkirk remain fifth in the table after Queen of the South beat Cowdenbeath 4-1 but boss Peter Houston remains confident his side can reach the play-offs.

He credited Hearts for their convincing victory, though, and said his team have to do better.

“I don’t think we got anywhere near the standard we’re capable of,” he said.

“If I’m being honest we were beaten by a better side today. Hearts have been superb this season.”