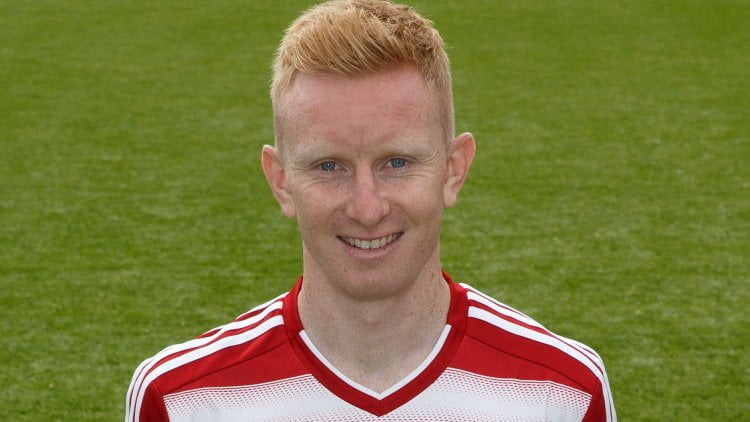 Posted at 17:33h in Uncategorized by PLZ Team 0 Comments
0 Likes

A superbly-struck free-kick from Ali Crawford earned Hamilton an unlikely 1-1 draw against a Ross County side who were dominant for most of the Ladbrokes Premiership game.

Liam Boyce gave the home side the lead when he scored six minutes before half-time – and County had chances to put the game beyond the visitors.

However, Crawford’s impressive breakthrough 13 minutes from the end of the contest squared matters.

County threatened in the second minute when Andrew Davies got on the end of a Michael Gardyne free-kick – but his header was kept out by Accies goalkeeper Gary Woods, who was in action soon after when he blocked a Gardyne effort at his near post.

The chances kept coming and a Chris Routis free-kick was floated into the Accies box in the fourth minute but Woods came to his team’s rescue again with a fine block from Jay McEveley.

The home side continued to threaten and Ryan Dow put a dangerous cross into the box but the ball was cleared before a County player could strike.

County again came close to scoring in the 14th minute when a ball from Kenny Van Der Veg found Boyce in the box – but his header flew just wide of Woods’ right hand post.

Another chance came County’s way in the 27th minute when Boyce was denied by another good save from Woods, then from Routis’ corner Davies’ shot at goal was cleared off the line by Grant Gillespie.

The goal the home side deserved arrived in the 39th minute when Craig Curran played in Gardyne and his chip into the box was headed back across goal and into the net by Boyce for his eighth goal of the season.

Alex Schalk replaced the injured Curran at the start of second half and the forward came close to doubling the home side’s lead when he raced on to a through-ball from Boyce – but his shot finished beyond the far post.

Some good build-up play let Boyce in again but his angled shot was smothered at his near post by Woods.

It was all County and Schalk should have done better when he was put through by a long ball from McEveley – but his low drive just cleared the far post.

However, Accies stuck at their task and when they were awarded a free-kick with 13 minutes remaining, Crawford curled the ball high into the net from 25 yards to level the scores.

Crawford came closest to a Hamilton winner in the 83rd minute with a long range shot which just dipped over the County crossbar.

Deep in stoppage time Schalk had the chance to win the match for the home side – but his shot was saved by Woods.