By Peter MartinApril 29, 2016No Comments 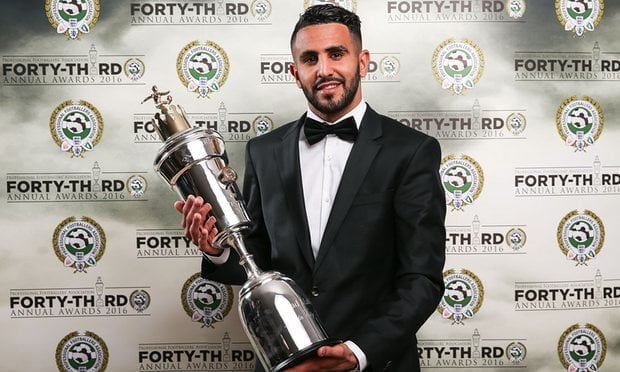 Leicester City star Riyad Mahrez has revealed he borrowed a bike to escape from a trial with St Mirren.

The 25-year-old has performed on the biggest stage in England and will have helped City to an historic Premier League title if they beat Manchester United on Saturday.

But can he do it on a cold, wet night in Paisley? Well, apparently not.

Before his career took off the Algerian, who won England’s PFA player of the year, was on trial at then First Division Saints as a youngster but cut his spell short after struggling with the conditions.

“It went well. I played four friendlies and I scored seven goals. I killed them. And then they made me wait. Two-and-a-half months,” he told L’Equipe.

“I’d had enough. It drove me crazy, Scotland. It was cold. It was abuse. It was snowing and everything… I was so cold that one day I faked an injury to go to the locker room.

“It was physical and it was cold. We trained in the snow! I felt that I progressed, I wasn’t allowed to go so I left in secret.

“I borrowed a bike so I could get my things I had left at the training ground, before catching a train to the airport and going home.”