By Peter MartinFebruary 19, 2016No Comments 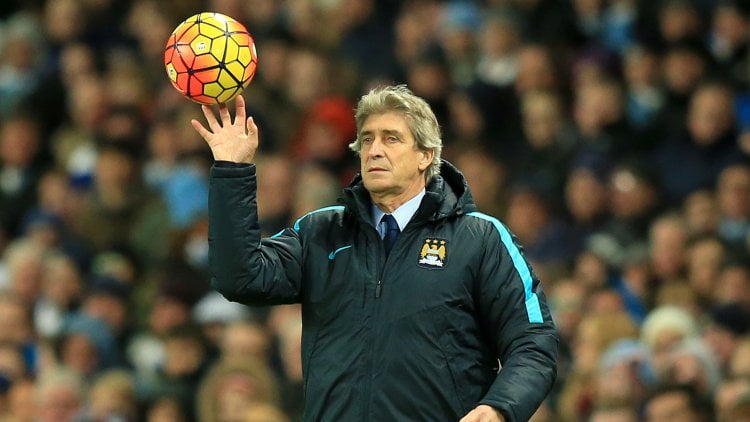 Manuel Pellegrini is sticking to his threat to field a weakened Manchester City side in the FA Cup at Chelsea on Sunday.

City have been frustrated by the scheduling of the game because they have arranged to travel to Ukraine on Monday ahead of Wednesday’s Champions League game against Dynamo Kiev.

After flying home following that game they will then have just two full days to prepare for the Capital One Cup final against Liverpool at Wembley.

City wanted the fifth-round trip to Stamford Bridge played on Saturday but that proved impossible with Fulham at home on the same day and the BBC also choosing to televise the tie.

The club wrote to the Football Association to complain but the outcome of that protest is unknown and Pellegrini appears to be standing by his plan to play youngsters.

Pellegrini said: “I think unfortunately at this moment we have just 13 (senior outfield) players available to play. We have to play Champions League on Wednesday, so we’ll see what will be the best team we can put on the pitch for the FA Cup.

“I said a couple of weeks ago if you want to protect the English team in the Champions League the game was (played on) Saturday – but for different reasons we couldn’t play that day.”

Making wholesale changes is generally against Pellegrini’s nature with his usual policy always to retain a solid core while perhaps allowing a handful of senior stars a rest.

But the Chilean is hampered by a series of injuries to key men with Bacary Sagna, Jesus Navas, Kevin De Bruyne, Samir Nasri, Fabian Delph, Eliaquim Mangala and Wilfried Bony all out.

He therefore feels on this occasion he would be justified in taking, for example, players such as Joe Hart, Yaya Toure, Vincent Kompany, David Silva and Sergio Aguero out of the firing line.

“We have had two difficult draws against Premier League teams in the two rounds before, but we won 4-0 and 3-0, so we are very interested in continuing in this cup.

“But we must prioritise the Champions League. The priority is (usually) the next game but maybe we are going to make an exception now because of the amount of players we have injured.”