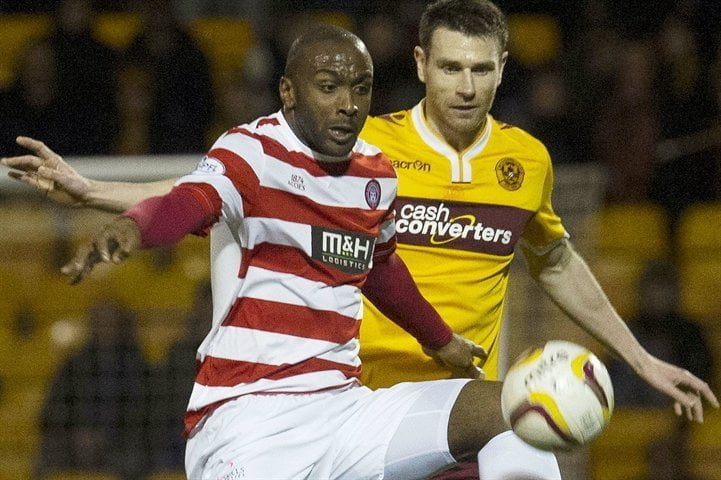 Motherwell defender Stephen McManus believes this weekend could be pivotal in the relegation play-off battle.

The Steelmen currently occupy the play-off spot but have been boosted by a run of good form including a 5-0 win over St Mirren on Tuesday.

That result put them 10 points clear of the Buddies, while Partick Thistle and Ross County are just ahead but now McManus is targeting a victory against the Jags to suck them right into the battle.

“This weekend is going to be key. It’s going to be a really difficult game. Thistle boss Alan Archibald had already mentioned that he’s targeting a victory from that game,” he told Peter and Roughie’s Football Show.

“If results go our way and we beat Thistle, we could go a point behind them. It brings them back into the mix but I know this it’s a cliché we can only concentrate on ourselves.

“We know we need to win games. Once you reach the split and you don’t start winning games you’re in trouble.”

McManus also praised young striker Lee Erwin who has found his form in the last couple of matches having failed to find the net since the start of the season.

“Lee has got everything as a player. He’s got really good feet for such a big lad but he needs to keep his feet on the ground. However, if he goes on the way he’s been improving recently he can go right to the top.

“He’s been terrific for us he’s a young player and with his size and presence you don’t expect him to be good technically but he is.”