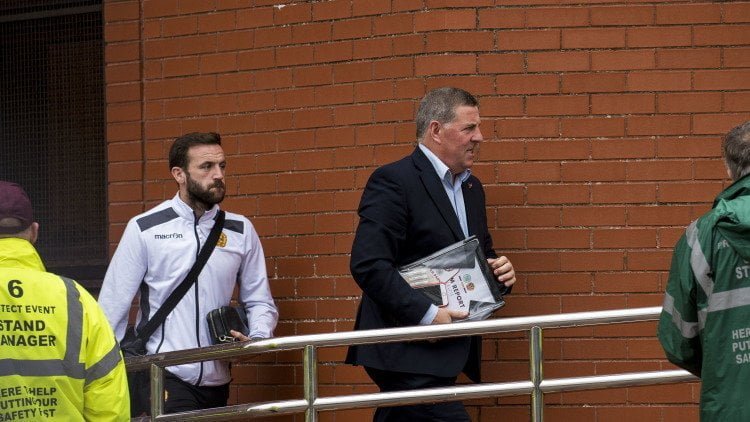 Posted at 12:53h in Uncategorized by PLZ Team 0 Comments
0 Likes

Motherwell assistant manager James McFadden has hit back at a ‘disrespectful’ Chris Davies and refuted his Celtic counterpart’s claim that they did everything possible to unsettle the champions at Fir Park.

The disagreement stemmed from McGhee’s attempts to stop Celtic using the goalmouth for shooting practice instead of portable posts on the wing, in order to protect the Fir Park pitch.

Scottish Professional Football League rules state that portable goals should be used for goalkeeping drills if provided and that “the goalmouth area shall be used by goalkeepers only if portable goals are not provided or for crossing practice and then only for not more than 20 minutes”.

McFadden said: “Celtic warmed up in the wrong area, they shouldn’t have been taking shots in the goal. There’s a portable goal provided, which by the rules they have to use. We use it every stadium we go to and Celtic refused to use it.

“He (Davies) wasn’t listening to the groundsman, so the manager went up and told him he had to move, and he wasn’t happy.

“There was nothing during the game in terms of animosity, nothing back and forward, and Chris Davies comes up and doesn’t shake hands after the game, which for me is a lack of respect.

“A lot has been said about the way the manager reacted, but we went to Parkhead and lost 5-0, we took it on the chin, we shook hands and said ‘Well done, you were the better team’.

“Chris Davies decides not to come up and shake people’s hands, put his face in other people’s faces, which is a lack of respect. So the manager took offence to that and quite rightly so.”

Davies claimed on Tuesday that Motherwell were “doing everything they can on and off the pitch to disrupt what we’re doing”.

McFadden said: “To be honest I don’t know what he’s talking about, because the (Celtic) kit man was in here on Friday afternoon putting the kit out at three o’clock.

“We have still got young boys that need to get changed, need to get showers, we put them out the dressing room.

“So I think we were more than accommodating.

“If we were doing everything in our power to unsettle them, we would have made them put their kit in at the same time as everyone else.

“We weren’t playing any games with them. We are not an unwelcoming club. Anybody that comes here is made more than welcome.

“Going back to the point, teams don’t shoot into our goal in the warm-up, there’s a portable goal provided and they have to use it by the rules of the SPFL.

“Everybody else adheres to it. So I don’t think that was unsettling.

“Our pitch is probably one of the best in Scotland at the minute, and there’s a reason for that. And we want to keep it that way.

The former Scotland international added about Davies’ comments: “I think that was looking at their first-half performance and maybe trying to make an excuse. Obviously they came back strongly in the second half and they were too much for us in the end.

“But we played fair. The only issue was we were trying to protect our pitch, that we spend a lot of money and time on.”

Meanwhile, midfielder Chris Cadden is still receiving treatment on the calf strain that forced him off against Celtic but McFadden is hopeful he will be fit for Saturday’s visit of Kilmarnock. Lee Lucas is back training following a knee injury.