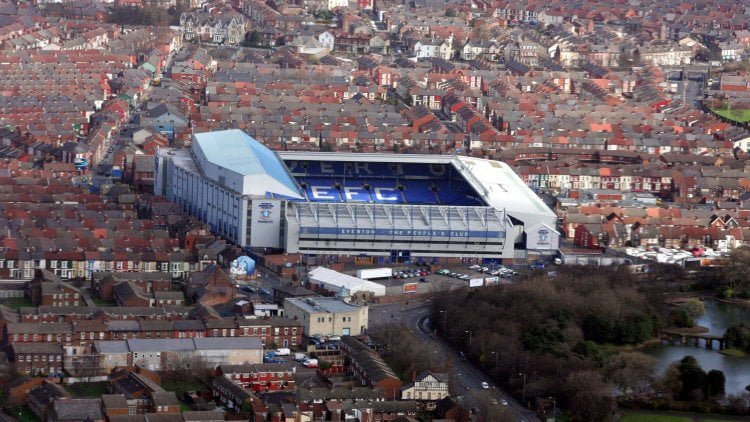 Everton have taken a significant step towards their goal of building a new stadium on the banks of the River Mersey after securing a deal to acquire land in the city.

An agreement has been reached for a site at Bramley Moore Dock, which has long been the preferred option of the club.

While there are a number of hurdles to be negotiated, including planning permission and funding for the expected £300million-plus project, it represents the beginning of the process which is likely to see Everton leave Goodison Park – their home since 1892.

Over the last two decades the club have suffered at least three failed attempts to find a site for a new stadium fit for modern football.

In 2000 they announced plans to move to King’s Dock in the city only for that to collapse when the necessary investment could not be found and in 2009 a controversial move out of the city to Kirkby as part of a Tesco superstore redevelopment foundered after a public inquiry ruled against the plans.

Most recently Walton Hall Park, the closest site so far to Goodison Park, was proposed last year as part of a housing, retail and leisure development but questions were raised about funding and viability and that too failed to come to fruition.