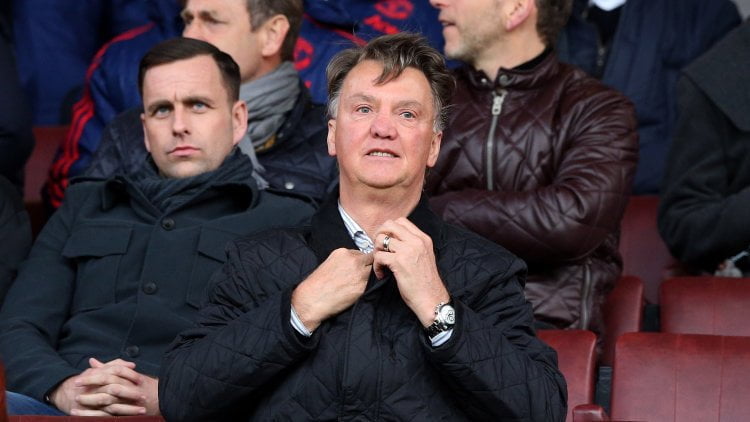 Manchester United boss Louis van Gaal has warned his side they have no room for error in the race for a Champions League spot.

With five games remaining, fifth-placed United are still in contention for a place in the top four of the Barclays Premier League but do need either Manchester City or Arsenal to slip up.

Because of that, Van Gaal knows his team can ill afford any mistakes themselves and believes three points are essential as Crystal Palace visit Old Trafford on Wednesday.

Van Gaal said: “I have always an eye on the schedule of my team and I have to look if the load is not an overload for players.

“But this game against Crystal Palace is very important. We have to win, we need to win, otherwise we cannot close the gap.

“You can only give pressure by winning, so we can only look at ourselves.”

United face Everton in the FA Cup semi-finals at Wembley on Saturday but Van Gaal has had to put that glamour occasion to the back of his mind.

The Dutchman said: “For us it is too important to rotate because of freshness for the semi-final. For me, now, the most important thing is to beat Crystal Palace. To speak about the semi-final against Everton isn’t appropriate.”

Van Gaal feels it is likely that, if his side can keep winning, the chance will open up for his side to achieve their top-four goal in what has been an unpredictable season.

He said: “I cannot predict, that’s why you have to win your own games and then you shall see, but the experience in the Premier League is that our competitors are losing also.”

Van Gaal, speaking at his pre-match press conference, was unwilling to discuss further criticism of his side’s playing style.

United laboured to a 1-0 win over doomed bottom side Aston Villa last weekend.

Asked about this issue, which has been a recurring theme throughout the season, Van Gaal said: “The most important thing is to win this game.

“I have already explained why we must win to close the gap, otherwise the gap is too big for the amount of matches we have to play.”