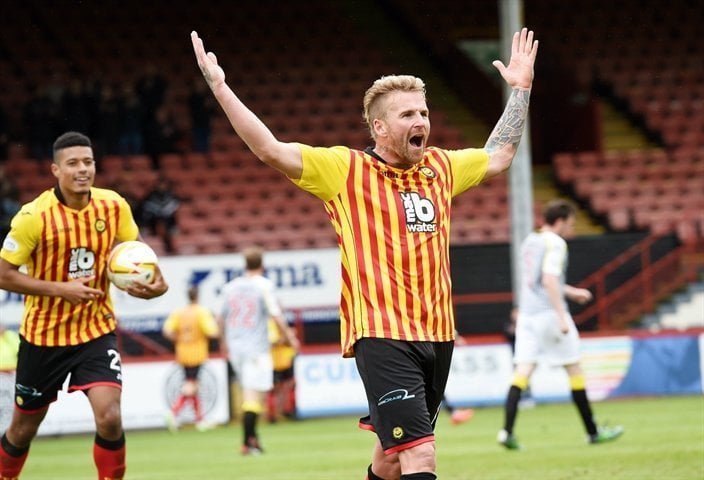 Partick Thistle secured their place in the Scottish Premiership next season with a comfortable victory over St Mirren.

The Jags dominated for large spells of the game but were forced to wait until the second half for the opener.

Ryan Stevenson rose above the Saints defence to power a header beyond goalkeeper Mark Ridgers after a tantalising Kallum Higginbotham delivery.

Substitute Kris Doolan demonstrated great improvisation to acrobatically double the hosts’ lead from six yards out before Steven Lawless put the seal on a fine afternoon performance picking up a loose ball and drilling it past Ridgers from distance.

Saints looked bereft of ideas and confidence – symptomatic of a bitterly disappointing season – but they should have had a first-half penalty when Jason Naismith got on the wrong side of Callum Booth, who bundled the Saints full-back over in the box.

Referee Craig Thomson remained unmoved by the appeals and Gary Teale’s men barely laid a finger on the Jags thereafter.

Saints are now eight points behind Motherwell with nine to play for.

Celtic secured their fourth successive title without kicking a ball as Aberdeen suffered a 1-0 defeat to Dundee United.

Gary Locke equalled Kilmarnock’s worst ever run as they endured a sixth straight defeat in a 3-2 loss to Hamilton Accies, while St Johnstone and Inverness CT settled for a share of the spoils.