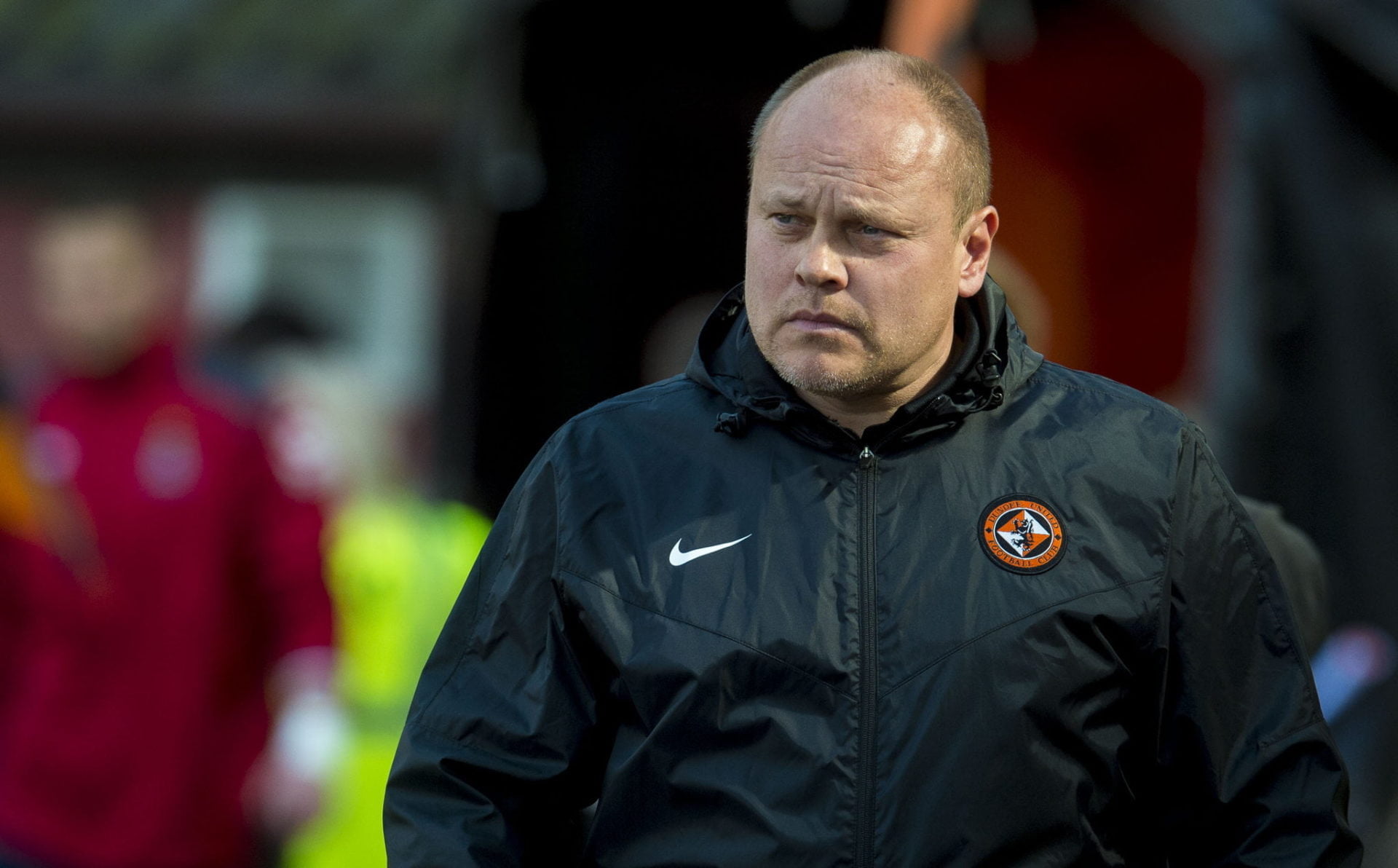 Dundee United chairman Stephen Thompson remained silent on reports Mixu Paatelainen has been sacked by the club but did admit radical change will be needed at Tannadice.

The club were relegated to the Championship – the first time they’ve been out of the top flight since 1995 – after a 2-1 defeat to Dundee at Dens Park on Monday.

Paatelainen insisted it would be foolish to sack him but reports of his departure soon emerged on Tuesday after a boardroom meeting at Tannadice.

But Thompson in a statement released by the club made no mention of Paatelainen staying or going.

“Dundee United have let you, the supporters, down this season. I apologise unreservedly to all of you for our relegation from the Ladbrokes Premiership,” Thompson said.

“As the Chairman the buck stops with me and I accept full responsibility for what has happened. The big decisions were mine and I got some of them wrong.

“I have backed managers with the third biggest budget in the league but the results have not been acceptable. In the near future many radical changes will be made to try to ensure our quick return to the top league.”