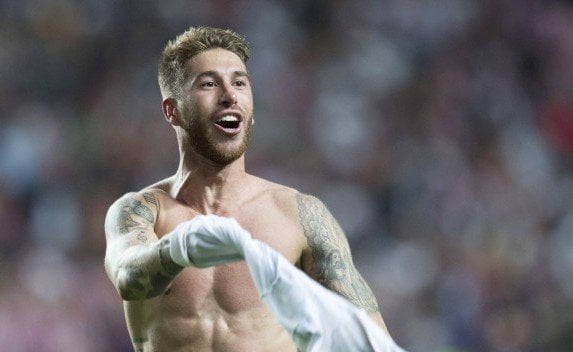 Speculation continues to mount over the Spain international’s future at Madrid with suggestions he could be part of a deal which sees United goalkeeper David de Gea move in the opposite direction after long-term Madrid goalkeeper Iker Casillas left the club.

Ramos has been made the club’s captain and, ahead of their pre-season friendly with Manchester City, Benitez gave his clearest indication yet that Ramos would be going nowhere.

“For me, 100 per cent. I insist that it is clear for me and the club, Sergio will be here. Football is a curious world, but Ramos will be staying.

“I have a lot of respect for Louis van Gaal, but Sergio will be staying with us. He is our player, our captain. I would like to see him at the beginning of the season, because he’s a key player for us.

“I hope that Sergio stays as he’s so important for us,” the midfielder is quoted as saying by SPORT. “[He’s] our captain and our leader, on and off the pitch.

“He seems happy and I feel that he will stay. I’m sure he wants to stay, too.”