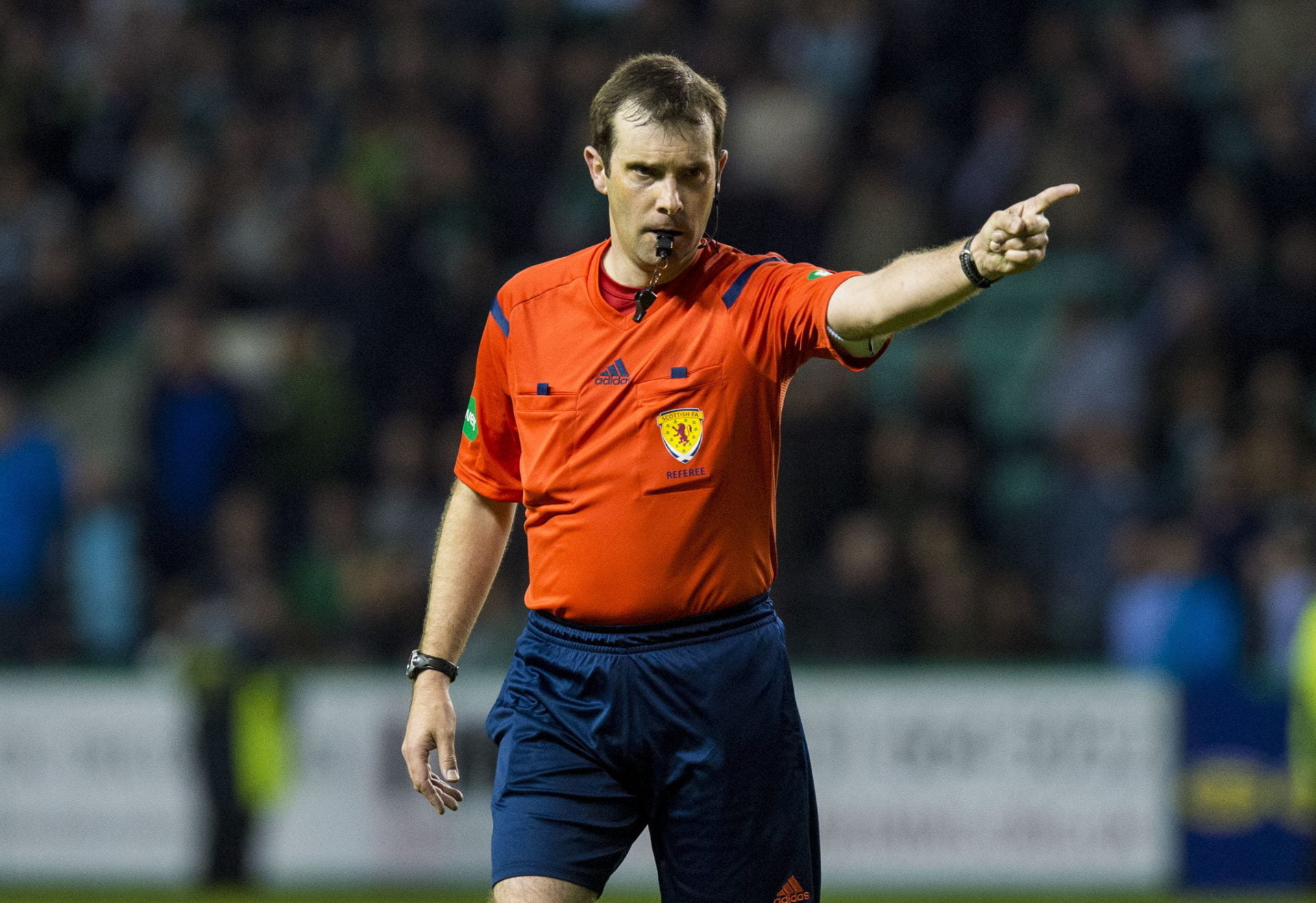 Referee Alan Muir made a monumental blunder in not awarding Hibernian a penalty in Tuesday night’s Premiership play-off semi final against Falkirk.

A mistake that could cost the Easter road outfit hundreds of thousands of pounds and a number of people their jobs.

I still can’t fathom how he decided from a perfect viewpoint that David McCracken didn’t put his hand on the ball twice in the six yard box.

The first hand ball is debatable about whether he could have avoided hitting the ball accidentally as his momentum carried him forward in the challenge, but the second is so blatant it beggars belief how he could even explain his way out of saying no penalty.

McCracken looked as if he was placing the ball in the best position possible with his right hand so he could get a good kick at it to clear the danger.

It is not dramatic to suggest decisions like that can cost people their career and have huge implications for a club’s finances.

Another year out of the top flight, the possibility of reduced crowds, a different budget to recruit players and a championship that is becoming congested with teams that could all easily be considered Premiership clubs.

It’s easy to see how managers, players and staff in the background can be affected by money coming through the turnstiles in a lower division.

The mistake by Muir on Tuesday not to award a penalty is the very reason why there is a stampede towards introducing video evidence to help avoid such blunders in the future.

Unlike Ireland, who got a £5m apology from Fifa after the Thierry Henry blunder in a world cup qualifier against France, Hibs will get nothing and will now have a fear that events in the return leg at Falkirk could sink their hopes of making the play-off final and ultimately the Premiership.

Had the penalty been awarded, Alan Stubbs’ side would have had a great opportunity to go 3-1 up in the tie and possibly prompted a change in tactics to shut up shop, as they did in their previous play-off win against Raith Rovers.

I’m almost certain referee chief John Fleming will take Alan Muir into a quiet room and calmly say to him, “Are you f*****g kidding me? That is a f*****g penalty all day long Alan! What were you thinking?” I might have exaggerated their exchange, but that’s what I would say before telling Alan he is in charge of an under 12 match on the Isle of Skye next Saturday.

It was great to hear Peter Houston invoke the Arsene Wenger clause, “I didn’t see it.” after the game. I’m sure the Falkirk boss must have been tempted to shout to McCracken, “Just throw it, the Ref won’t notice!”

In fact, I heard this morning that British Astronaut Tim Peake shouted from the space station “Penalty!”

Video playback is on the way but it’s clearly not soon enough for Hibernian. I can only hope the return leg does not have all of us looking back to blame the Ref for Hibs failure to get to the next stage of the play-offs.

The last word must surely belong to Peter Houston, who said with a wry smile on Tuesday, “These decisions even themselves out over a season.” You think?