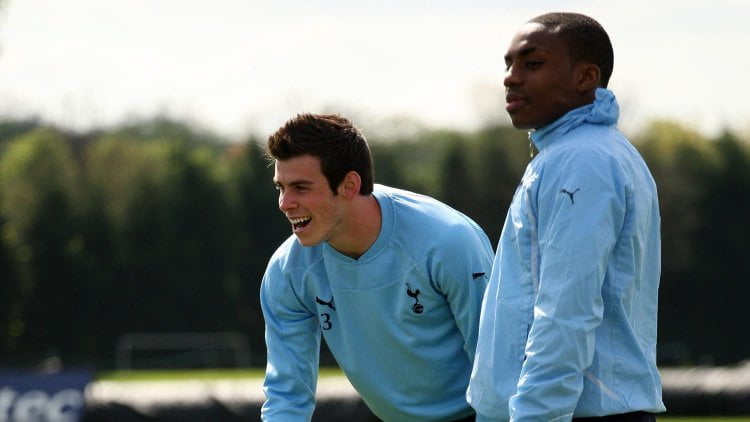 Danny Rose and Gareth Bale will cross paths competitively for the first time when England play Wales on Thursday but the pair have plenty of shared history.

Bale swapped Southampton for Tottenham in May 2007 and was joined just two months later by Leeds product Rose.

At the time Bale was signed as a left-back with immediate first-team ambitions, with Rose considered an exciting prospect on the left wing.

The rest, of course, is history, with Bale becoming one of the world’s most feared attacking players at Real Madrid and Rose finally finding a home in defence for club and country.

But the idea that the pair would become, respectively, a global superstar and an England starter, would have been fanciful nine years ago.

“We both had difficult starts to our careers at Tottenham,” said Rose.

“I got injured and Gareth wasn’t playing as often as he would like.

“We were both very quiet at that time. I didn’t see him that much out of football.

“We weren’t really competing because I didn’t join as a left-back. I was playing in midfield more. It’s funny how I have gone back in my position and he has gone forward. But we both had to wait a while before we got chances at Tottenham.

“He has made a great transformation in terms of changing position and now he’s one of the most dangerous attacking midfielders in the world. I am over the moon for him.”

Bale’s comments about Welsh players trumping England in terms of pride has already set the battle lines and any lingering sense of comradeship will be put to one side for 90 minutes in Lens, but Rose is clearly delighted to see his former team-mate thriving at the Bernabeu.

Aside from training, the only time Rose and Bale have shared a pitch came in Munich during a pre-season friendly last summer. Ominously, perhaps, the Welshman scored in a 2-0 Real win against a Spurs side also featuring Eric Dier, Dele Alli, Harry Kane and Kyle Walker from the current England squad.

Walker is considered one of England’s most rapid players, but Rose warned that Bale has the gas to beat the right-back having honed his condition through a combination of hard work and clean living.

“He’s probably the only guy I’ve seen that is a lot quicker than Kyle Walker. I didn’t think that was possible,” said Rose.

“It is no coincidence that he lives his life off the field as a true professional. He doesn’t drink and rarely goes out. He eats very well.”

He ensured he will not fly under the radar at Euro 2016 by debuting a new bleached blond haircut for the tournament – a topic Rose knows plenty about.

He dyed his locks red last year – controversially so as the colour of Tottenham’s rivals Arsenal – and had given thought to experimenting once more recently before erring on the side of discretion.

“I was flirting with the idea of doing it again but we were still in the running for the title at Tottenham and I didn’t want to draw any attention to myself,” he said.

“I had a few colours in mind this time. Then with us losing out I didn’t want people saying I’d dyed my hair red and was getting ahead of myself.

“As for Aaron, it looks good to be fair. Whatever floats your boat.”