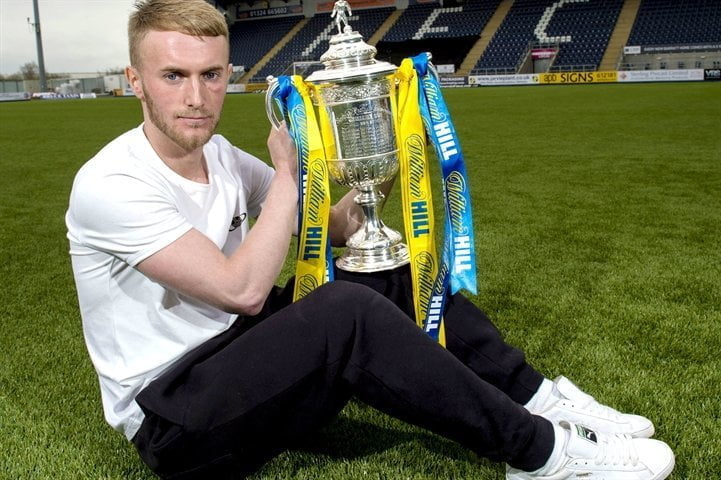 Falkirk star Craig Sibbald says he’s in no hurry to leave the club as he is waiting for the right move.

The 19-year-old has played over 140 games for the club and is set to feature at Hampden for a third time this weekend when the Bairns go head-to-head Hibernian in the Scottish Cup semi-final.

Boss Peter Houston admitted to the Peter and Roughie Show that he expected Sibbald to be the next young star to leave the Bairns.

And although Sibbald, who signed a three-year deal last summer, has seen a number of talents leave the Falkirk Stadium such as Stephen Kingsley, Jay Fulton and Conor McGrandles, he’s in no rush to follow in their footsteps.

“Every player wants to move on to bigger things but I wanted to try and get experience playing first team football,” he told Peter and Roughie’s Football Show.

“I feel like I’ve done that now and it’s up to me to impress teams and get the move as well.

“Peter Houston has been massive this year I’ve scored most goals this season I play most weeks and he’s given me that confidence.

“Playing games is massive that’s what Technical Director Alex Smith and all my previous managers have been saying to try and get experience instead of moving on too early.

“I feel like I’ve done that and it’s got me a few semi-final appearances and big games. I’ve loved my time at Falkirk hopefully we can get to a final.”