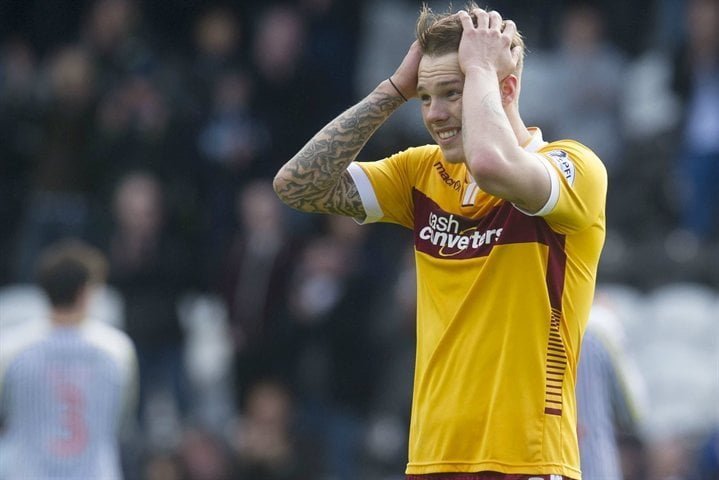 Motherwell’s place in the Scottish Premiership will now be decided in the Play-Off Final after a dramatic second half at St Mirren Park.

John Sutton put the visitors ahead from the penalty spot on 75 minutes but Jason Naismith cancelled it out nine minutes later.

McDonald was dismissed on 90 minutes for an alleged elbow on Thomas Reilly and they weren’t able to overcome the setback.

A 25-yard top-corner strike in the seventh minute of stoppage time, coupled with wins for Ross County and Kilmarnock, killed off Well’s hopes of a comeback on the last day of the season.

“We know exactly where we are and what we have to do now,” Ian Baraclough said after the match.

“Players are playing for their places and the pride of this football club.

“We haven’t been in the division below for 30 years and that has to drive them on.

“We have to be brave and stand up and be counted now. I know we have strong characters and we will stand up and perform.”

The Motherwell manager also confirmed they would be appealing McDonald’s red card.

“I’m annoyed about that,” he added “I don’t think he’s made contact with him. There’s no malicious attempt to try to make contact with him and we’ve been deprived of an extremely important player at a crucial stage of the game.

“We’ve seen it again and again and for me it’s an appeal all day long.”