Swailes blow not what we needed, admits Canning 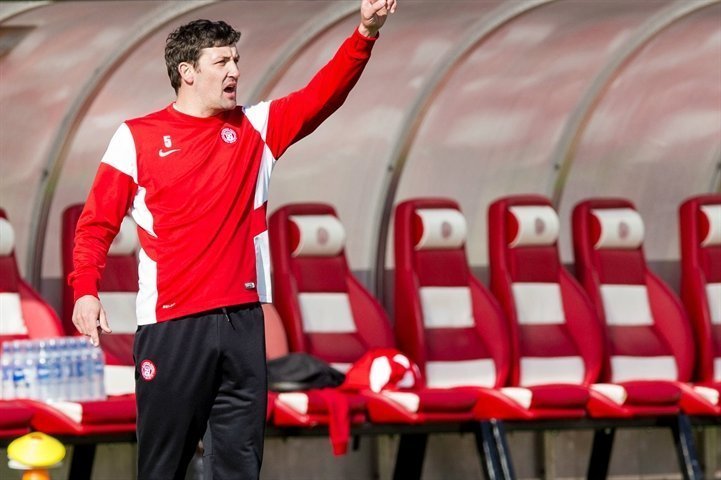 Hamilton Accies boss Martin Canning admits losing assistant manager Chris Swailes is another blow the club could have done without.

Swailes resigned at the end of last week because he wanted to be closer to his family down south after being appointed as the no.2 in January. Head coach Guillaume Beuzelin will now be given the role.

But the untimely loss of Swailes is compounded by their winless run of 10 games and ahead of their important top-six clash against St Johnstone, Canning admits he’s disappointed to lose his assistant.

“Swaz wanted to go back down to see his family and kids if you’re missing home there’s nothing you can do and it was good he got something sorted out with the club,” he said.

“It’s disappointing, it’s not really what we needed at this stage but there’s nothing you can do. It’s just another set of circumstances that we will have to deal with.

“It will just be a reshuffle with Boozy playing a more active role. He was already taking training so nothing in that respect changes. He’ll step up on the Saturday and take the role.

“It’s another thing we’ll have to contend with. But that’s always going to happen when you put four guys into the new job and three of them were local and the other guy lived down south.

“It gives Boozy a chance to show his excellent credentials. He is so enthusiastic and so passionate about football and that can only rub off on the players he will take more of an involvement and that will be good thing for everyone.”