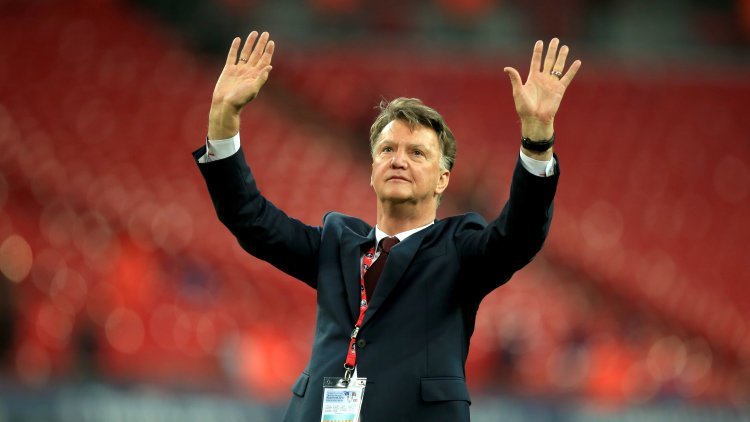 Louis van Gaal’s football may have been boring, but his press conferences were quite the opposite.

Here’s a look at some of the best quotes from his time as Manchester United manager.

Annoyed at spending one hour meandering through traffic to get to the Pasadena Rose Bowl, Van Gaal uses his first tour press conference to launch an attack on the people who organised it.

When asked whether United’s commercial commitments were impinging on football matters, Van Gaal said: ”More or less, yes because we have to prepare the season and when you have a lot of commercial activities also for the players, and you have to travel distances, you have to fly a lot, you have also jet lag, and that is not very positive for a good preparation. But the tour was already arranged so I have to adapt, I shall adapt.”

“I think he [Shaw] needs to be fit and he is not very fit, therefore he can’t perform what I want. He has to be fit first and to train individually.”

“I’m made from a little bit of iron,” Van Gaal told reporters. “So I have a shield, an iron shield. Everybody can write or speak about me and I cannot change that.”

When asked about supporters’ criticism of his 3-5-2 system, Van Gaal said: “We have won more games with 4-4-2, but when you analyse the games we have twitched our ass. I said to my players I was squeezing my ass, but it was the wrong expression. I have twitched my ass on the bench because we were out of balance.”

Annoyed at Sam Allardyce’s claim that United played long-ball football against West Ham, Van Gaal hits back at the Hammers boss by producing a pamphlet of diagrams and charts which apparently undermine his opposite number’s theory.

“When you have 60 per cent ball possession you cannot play long balls. So again, they did it 71 (per cent) and we 49, and I give it to you, you can copy it and then maybe you can go to Big Sam and he will get a good interpretation.”

The first press conference of Van Gaal’s second pre-season tour in Seattle proved to be just as exciting as the one he gave on his maiden tour. The Dutchman ditched goalkeeper Victor Valdes, a man he had known for 13 years, after he apparently refused to play for the reserves.

”Last season, he refused to play in the second team and there are other aspects you need as a keeper at United. When you are not willing to follow those principles, there is only one way and that is out.”

After the tour had moved on to San Jose, Van Gaal spoke about the pecking order at Manchester United, but forgot the name of the third-most important player in the squad, who was sat next to him at the time.

“The players have to accept the captains. The first captain is Wayne Rooney, the second captain is Michael Carrick and the third is Mr Mike Smalling. I mean Chris, sorry.”

Van Gaal responds to claims he has lost the support of the dressing room and the fans at United.

Van Gaal walks out of his press conference after answering just three questions and says as he walks past a table of mince pies and wine laid on for the media: “Enjoy the wine and a mince pie. Goodbye.”

United were taking flack for a series of turgid performances and lack of attacking flair and Van Gaal admitted even he had found some of their displays rather dull.

“‘There are matches that I have enjoyed and there are also matches where I’m very bored or angry because we are not disorganising our opponent’s defence, but that is football.”

Van Gaal reveals the unusual style of possession he wants his players to adopt.

Apologising for not taking over as Tottenham manager and branding Spurs a smaller club was perhaps not the wisest move given United had just been thumped 3-0 at White Hart Lane to slip 12 points behind their opponents.

His team had just lifted the FA Cup after beating Crystal Palace but the post-match press conference was overshadowed by reports United had made the decision to replace Van Gaal with Jose Mourinho. Van Gaal remained defiant until the end.

”I show you the cup and I don’t discuss it (my future) with my friends of the media, who already sacked me for six months. Which manager can do what I have done?”