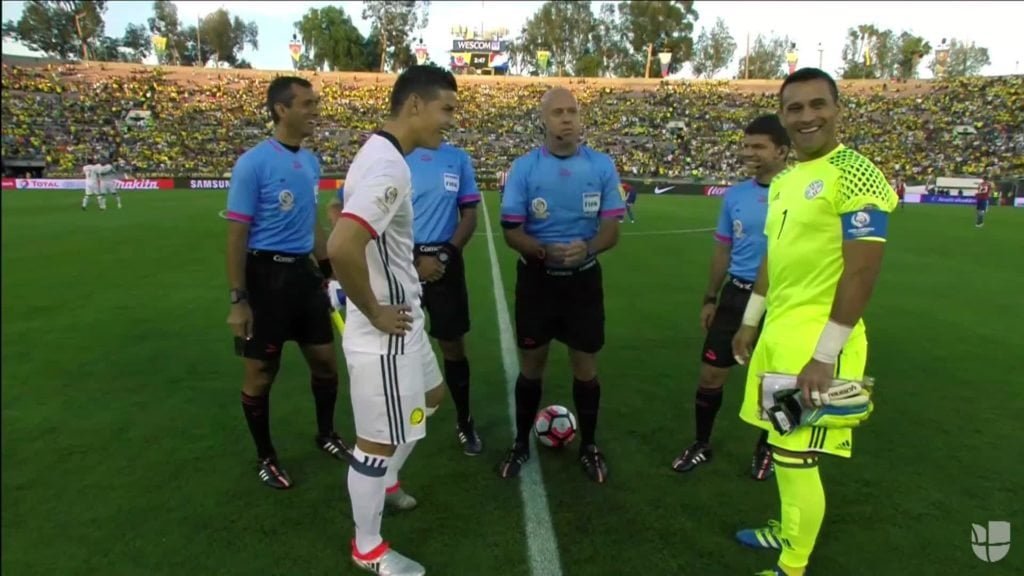 The coin toss before kick off is usually a quick procedure which doesn’t cause any controversy but that was the case between Colombia and Paraguay.

The two countries were kicking off their Copa America campaign but it’s didn’t start as planned for either side or the referee.

Brazilian referee, Heber Lopes, managed to flip the coin into the air and have to land on it’s side, in the grass, forcing it to be re-taken.

What sorcery is this?! Coin lands on its side at #CopaAmerica https://t.co/F16ql96yqN