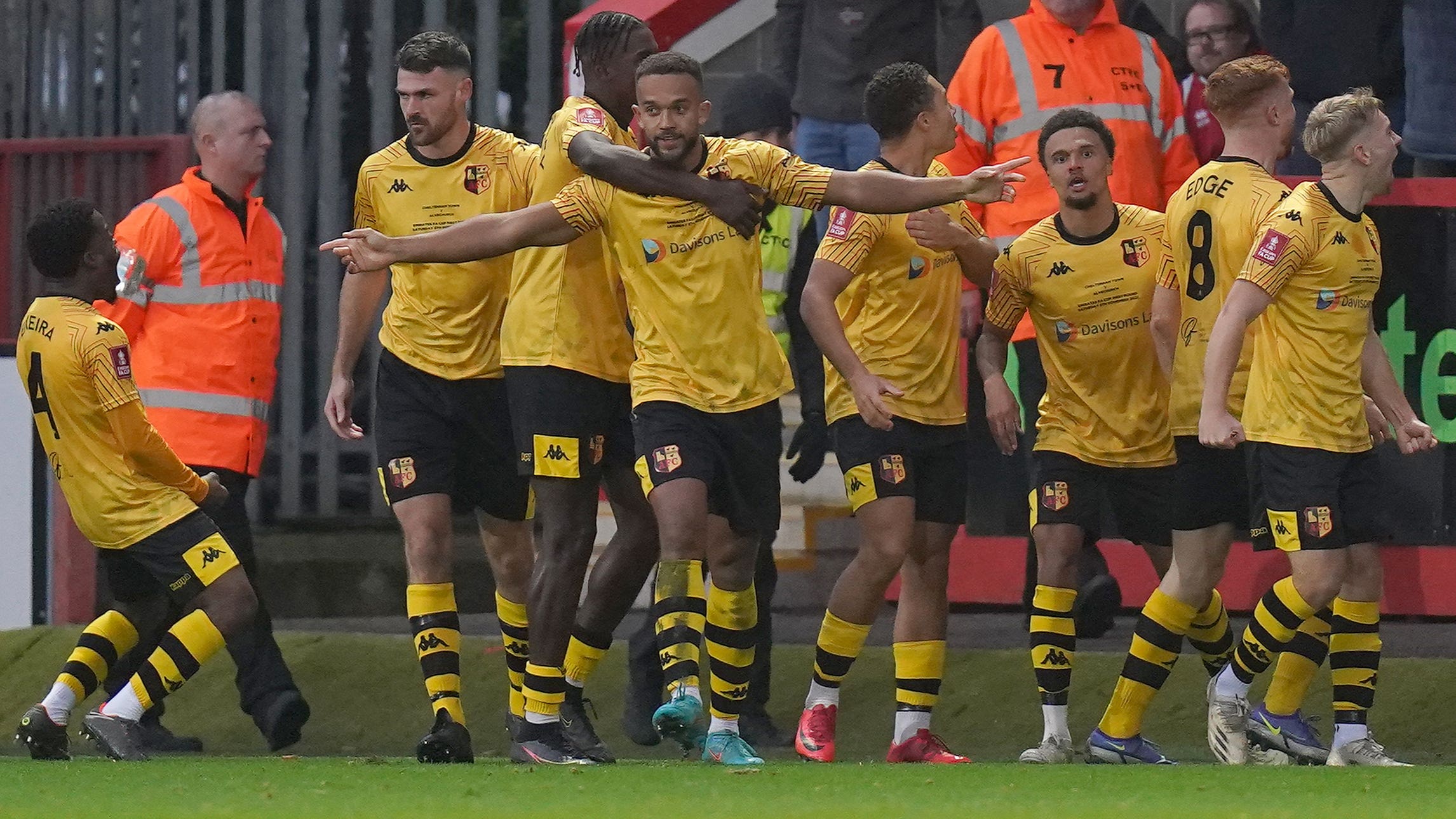 By By Andy Hampson PANovember 7, 2022No Comments

A number of non-league sides will be dreaming of glamour ties with Premier League teams following the draw for the FA Cup second round.

Here, the PA news agency looks at five intriguing ties from which victory could earn a shot against one of the big boys.

Worcestershire outfit Alvechurch, who at 19th in the seventh-tier Southern League Premier Central Division are the lowest side left in the competition, produced one of the stories of the first round by knocking out Sky Bet League One Cheltenham. Buoyed by that success, they will not be fazed by the prospect of travelling to face League One strugglers Rovers.

Fourteen years after they were relegated from the English Football League, Wrexham are enjoying a resurgence following their high-profile takeover by Hollywood actors Ryan Reynolds and Rob McElhenney. As one of the National League pacesetters, they will fancy their chances of upsetting higher-level opposition if they can follow up their win over Oldham, but National League South Farnborough will not be short of motivation against them.

Ebbsfleet are riding high in the National League South, the sixth tier, and booked their place in round two with victory over FC Halifax. Their reward is a chance to host League One opposition Fleetwood, who beat non-league opposition in the previous round in Oxford City.

National League South Chippenham may fancy an upset after disposing of one League One side in Lincoln. Burton, who progressed by seeing off non-league Needham Market, are enduring a torrid season and are bottom of their division.

King’s Lynn, who are challenging for top spot in the National League North, could present a tough prospect for League Two Stevenage. The Norfolk side have already claimed one notable scalp in Doncaster while Stevenage edged a tight encounter with Gateshead.