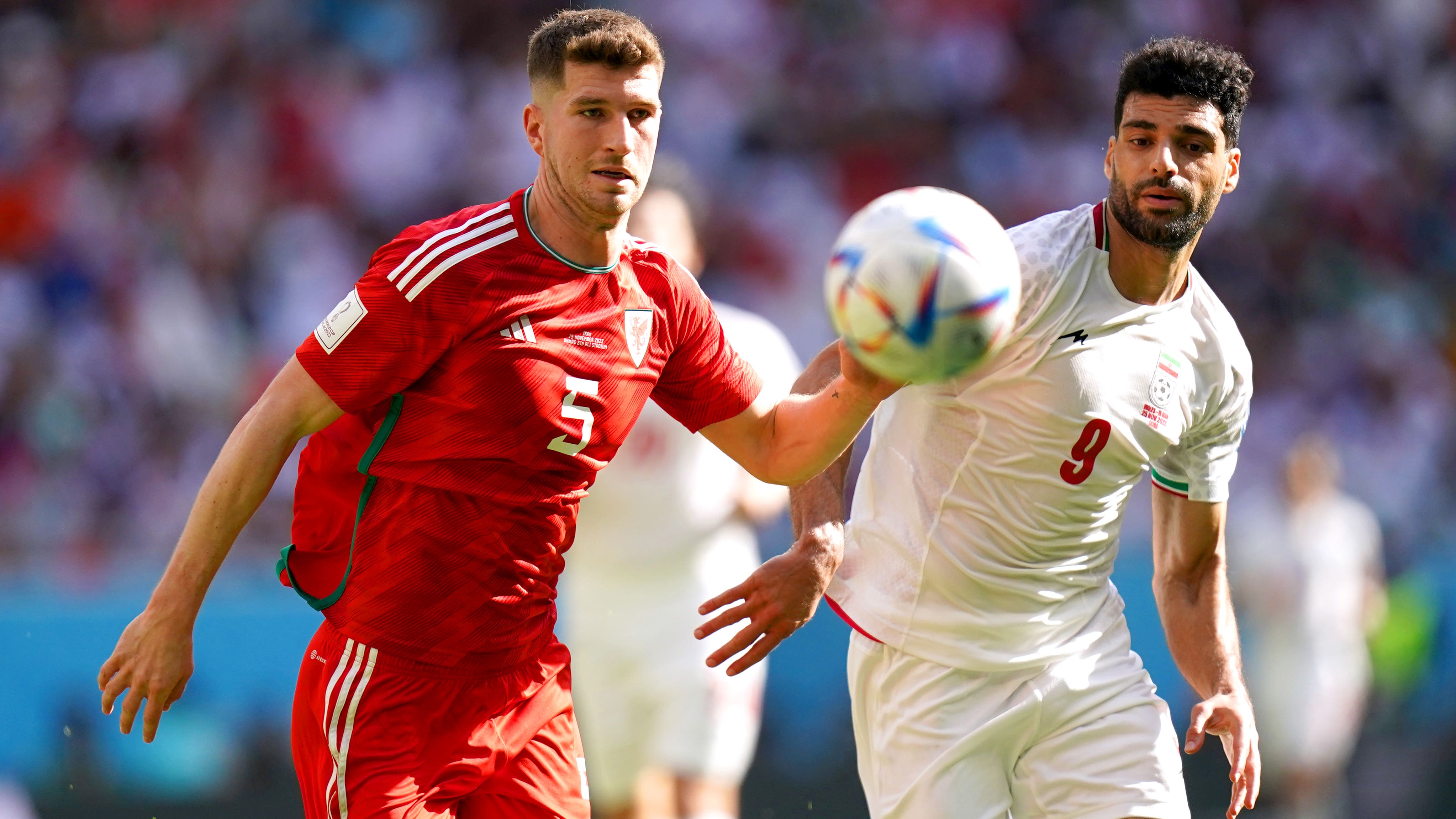 Chris Mepham says Wales will “take the handbrake off” for their do-or-die World Cup clash with England.

Wales must beat England in their final group game in Doha on Tuesday to have any hope of making the knockout stages of the competition.

Even if that were to happen, Wales need Iran and the United States to draw with each other to take second place.

Failing that, Wales could guarantee second spot by beating England by a four-goal margin, but they have never achieved that in over 100 games between the two countries.

Robert Page’s side have drawn 1-1 with the USA and lost 2-0 to Iran at the World Cup, with their only goal being a penalty from skipper Gareth Bale.

Wales defender Mepham said: “We need to take the handbrake off now. We need to go for it.

“We’ve nothing to lose and sometimes that’s quite dangerous for other teams.

“When you’ve nothing to lose, a wounded animal – and we have to go for it against England.

“If there’s any game the group will be motivated for, it would be that one.

“We’ve shown in the past against quality teams that we can match them.

“But we need to dig deep against England, they are a top side.”

Bale and Aaron Ramsey have looked a pale imitation in Qatar of the players that have inspired Wales to so much success in the past.

Neither player could influence the Iran defeat in any shape or form, with Ramsey, according to official FIFA statistics, guilty of giving the ball away 20 times.

Mepham said: “We didn’t click attacking-wise and defensively we looked vulnerable, which isn’t like us. It wasn’t where we want to be.

“We always looked a little vulnerable on the turnover, the gaps were quite big.

“A draw wouldn’t have been perfect for us. If we’d held on it would have been OK, but I think we would have wanted three points.”

Danny Ward, sent on after Wayne Hennessey became only the third goalkeeper to get a World Cup red card for felling Iran forward Mehdi Taremi in the closing stages, will start against England.

Ward told the BBC: “I have been in games before where I have been sent off and you blame yourself.

“But in that moment if Wayne didn’t bring down the player, he could have gone around and scored. There is no blame attached to him.

“Until it is over we will be fighting for everything. I certainly will be.

“I will be playing that game like it is my last game. I can promise that and I am sure everyone else in the team can promise the same.”