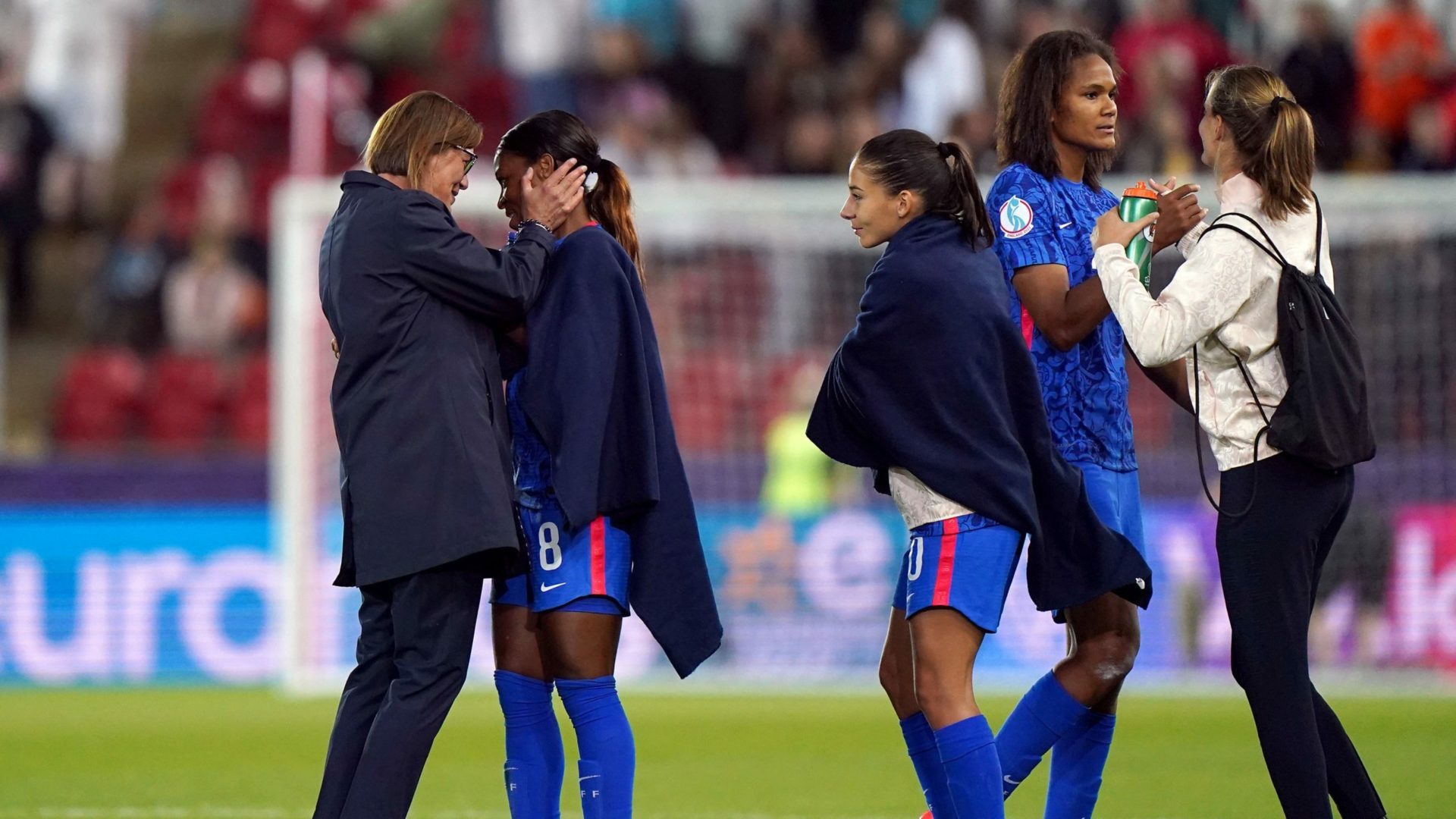 By Press AssociationJuly 23, 2022No Comments

Corinne Diacre said France were “here to build history” after they got past holders the Netherlands to reach the semi-finals of the Women’s Euros for the first time.

Les Bleues secured a 1-0 victory over the Dutch in Rotherham thanks to Eve Perisset’s penalty in the first half of extra time.

They advance to a meeting with eight-time winners Germany in Milton Keynes on Wednesday, a first appearance in the last four of the competition after making quarter-final exits at each of the last three editions.

Boss Diacre, who took charge shortly after Euro 2017, said when asked about the past record: “That’s not our history. We’re here to build history. The players here and the staff, we want to make history for ourselves, and there is still a bit of a way to go.”

She added: “We’ve reached a new level this evening, but that’s not the end for us. We really want to reach the final. When we set out our ambitions we were looking ahead to July 31.”

Defender Perisset, who last month joined Chelsea from Bordeaux, converted from the spot in the 102nd minute after Dominique Janssen’s challenge on Kadidiatou Diani went to a VAR review and Croatian referee Ivana Martincic watched the incident back on the pitchside monitor.

It saw Daphne van Domselaar finally beaten after France had created numerous chances during normal time but been left frustrated by some excellent saves by the young Dutch goalkeeper, plus two goal-line clearances by defender Stefanie van der Gragt and misses that included Delphine Cascarino hitting the post.

Diacre said: “I’m pleased, I’m very proud. I like the fact the players gave it their all, they kept plugging away, they stayed loyal to our game plan. We’ve been rewarded for our efforts this evening.”

Diacre said France had faced “an extraordinary goalkeeper”, and added when asked about trying to address in the next few days the issue of having had lots of opportunities but only scored once: “I’m not going to resolve anything in the next three days – I don’t have a magic wand.

“As I said, we were up against an incredible performance. We were very clinical in our first game (a 5-1 victory over Italy) and I hope we will be clinical again in our next game.”

The Netherlands struggled to make much of an impact in attack despite having record scorer Vivianne Miedema back in action after two games out following a positive coronavirus test.

Boss Mark Parsons said he was proud of his players’ efforts despite the loss, and described 22-year-old Van Domselaar’s performance as “world-class”.

The Englishman – successor to current England boss Sarina Wiegman, who guided the Dutch to Euro 2017 glory and the 2019 World Cup final – said: “I’m unbelievably proud of the players and staff. You saw players give absolutely everything, there’s not a player with an ounce of energy left.

“First half was very difficult, that wasn’t us, it wasn’t good enough. But we got in 0-0 thanks to Daphne and a few others, some heroic defending. Second half much better, and we believed in the extra time. They got their moment at a very important time, when bodies are tired, and took it. But I couldn’t be prouder of the effort

“The future is bright, and I wish we could have shown that a bit more in this tournament, but it wasn’t meant to be.”

Regarding Van Domselaar, Parsons said: “I just told her that’s the best goalkeeping performance I’ve seen at the Euros since (Germany’s) Nadine Angerer in 2013, and she won a Ballon d’Or that year. She’s been very good in the other games, and tonight, was world-class. She’s goalkeeper of the tournament, there’s no-one even close to her.”