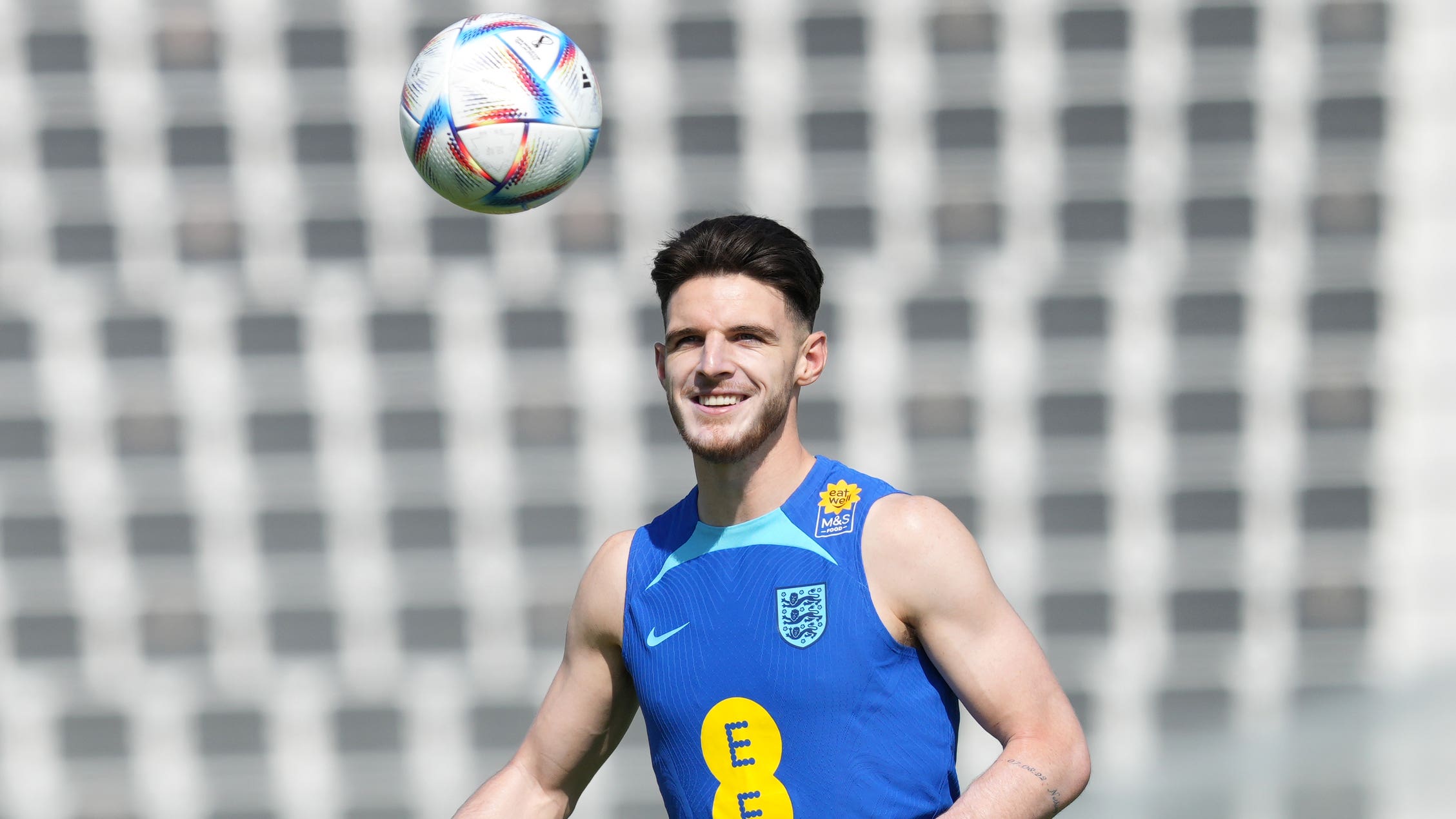 Declan Rice revealed he got goosebumps as England boss Gareth Southgate spoke to his squad before jetting out for the World Cup.

The West Ham captain played a major role as the Three Lions reached the final of Euro 2020 last summer only to lose on penalties to Italy.

England will be hoping to go one better in Qatar as they continue preparations for their opening Group B game against Iran on Monday.

With the unprecedented decision to host a winter World Cup, it means that much of Southgate’s squad was in Premier League action last weekend, but Rice now feels ready to tackle the tournament.

“I think from the moment we got to St. George’s Park, that’s when it hit me that we are going to a World Cup,” he said.

“Because of the Premier League, there’s not been that chance to switch our mindset…when Gareth spoke, it was goosebumps stuff.

“This is a World Cup we’re going to, what a privilege. To finally be here is so special.”

Rice is keen for the action to get under way so he can truly appreciate playing in a World Cup and has been trying to take stock of the achievement.

“It’s hard to find the words, I can’t explain it,” he told ‘The Lions’ Den’ on England’s YouTube channel.

“There’s less than 250 people that have represented England at a World Cup and I’m one of them. It’s hard to explain what it actually means.

“I think when you play the games and you are on the pitch, that’s when I think I’ll be able to speak about it. It’s all a bit of a blur at the minute.

“Honestly, if you sat down with every player I think they’d say the same thing, you never know how far you can go in football.

“If you believe and push yourself then anything is possible and now we are on the biggest stage.”