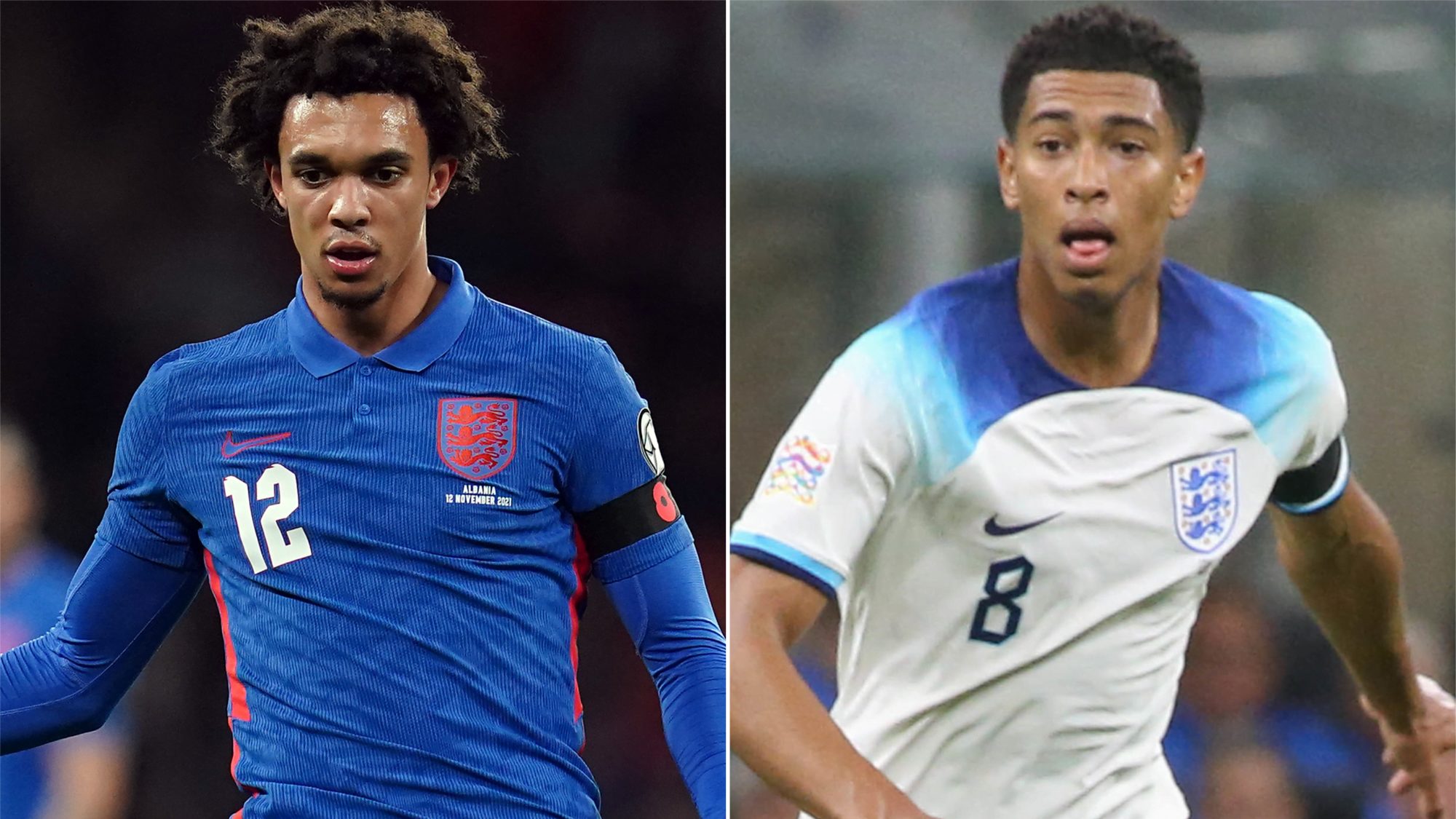 England’s final game ahead of the World Cup was a scintillating 3-3 Nations League draw against Germany at Wembley on Monday night.

It came on the back of a narrow loss in Italy, with England relegated to League B as a result and with Gareth Southgate left with plenty to ponder.

Here, the PA news agency looks at some of the winners and losers from the last international camp before England face Iran in Doha on November 21.

The 19-year-old Borussia Dortmund midfielder was the standout player for England across their final two games before the World Cup. With a confidence and demeanour belying his tender years, Bellingham has almost certainly played his way into starting the opener against Iran. A budding partnership with Declan Rice is clear for all to see and, after a minor role in the run to the final of Euro 2020, he now seems ready to be one of the major players for England this winter.

Having found himself surplus to requirements at international level for almost two years, Dier was rewarded for a fine spell of club form with an England recall. The Tottenham defender came straight back into Southgate’s starting XI and was one of five men to play every minute against both Italy and Germany. Shining in a back three for his club has seen him earn his place back with England and, if Southgate sticks with the same shape at the World Cup, Dier could retain his position in the side.

The Chelsea full-back has become a key player for his club and is now making similar strides for his country. With a wealth of options on the right, Southgate stuck with James for both games with neither Kieran Trippier nor Trent Alexander-Arnold playing a single minute across the international break. That would suggest James has his position in the team on lockdown and, if he maintains his club form, it is highly likely he keeps that berth when it really matters.

Having been named man of the match in Everton’s 0-0 draw with Liverpool, Pickford was then ruled out of the September international fixtures with a thigh injury. He has long been established as Southgate’s first-choice goalkeeper but, with Aaron Ramsdale trialled in the last two matches in June and Nick Pope playing against Italy and Germany, that position was seemingly under threat. However, Ramsdale shipped four goals against Hungary and was relegated to the bench as Pope was given his opportunity – only to struggle against Germany, with his mistake ultimately costing England a win and all-but ensuring Pickford, if fit, keeps his place between the posts.

He may have fallen out of favour under Erik ten Hag at Manchester United but Southgate remains a staunch supporter of Shaw. The England boss was repaid for that faith as the left-back put in a fine display against Germany, having come off the bench in the 1-0 loss to Italy. A goal and an eye-catching all-round display was just what Shaw needed in the last England game before the World Cup, especially if his club minutes remain limited in the coming weeks.

Alexander-Arnold struggled to break into the England team even when he was flying at Liverpool. His club form has dipped this year and so too, seemingly, have his chances of becoming a regular starter under Southgate. He was left out of the matchday squad entirely for the Germany game and his place on the plane to Qatar is certainly not secure, especially with the number of players vying for a spot on the right side of England’s defence.

The beleaguered Manchester United captain endured another difficult night against Germany after conceding a penalty and then being robbed of possession for the visitors’ second goal. Like Shaw, his club situation has yet to impact on Southgate’s decision to pick him for England, but Maguire’s confidence is clearly low and the questions over his position remain heading to the World Cup. He has not started any of United’s last four Premier League games and will surely need to rediscover his form at Old Trafford to dampen the negativity around his continued England selection.

A mixture of selection and injury has seen Phillips play just one minute of Premier League football for new club Manchester City. That did not stop Southgate including him in his last 28-man squad, only for Phillips to withdraw as he required surgery on a shoulder issue which could yet rule him out of the World Cup altogether. Rice and Bellingham have impressed in his absence and now Phillips – England’s player of the year in 2021 – faces an uncertain few months for club and country.

A fine start to life at Newcastle earned Pope the chance to prove he could don the gloves for England in Qatar. With Pickford sidelined, Southgate had Pope, Ramsdale and Dean Henderson to choose from but stuck with the former in both games. Having had little to do in the loss to Italy, Pope’s ability with the ball at his feet was found wanting against Germany before he spilled a tame Serge Gnabry shot into the path of Kai Havertz as the Chelsea forward scored a late leveller at Wembley.

With the time for experimenting over, Ivan Toney was the only uncapped player called up by Southgate for his final squad before the World Cup. However, the Brentford striker did not make the squad against Italy and was an unused substitute for the draw with Germany. Having failed to make his debut and with only 26 positions up for grabs in Qatar, it remains to be seen if Toney has done enough in training to convince Southgate of his ability at this level.