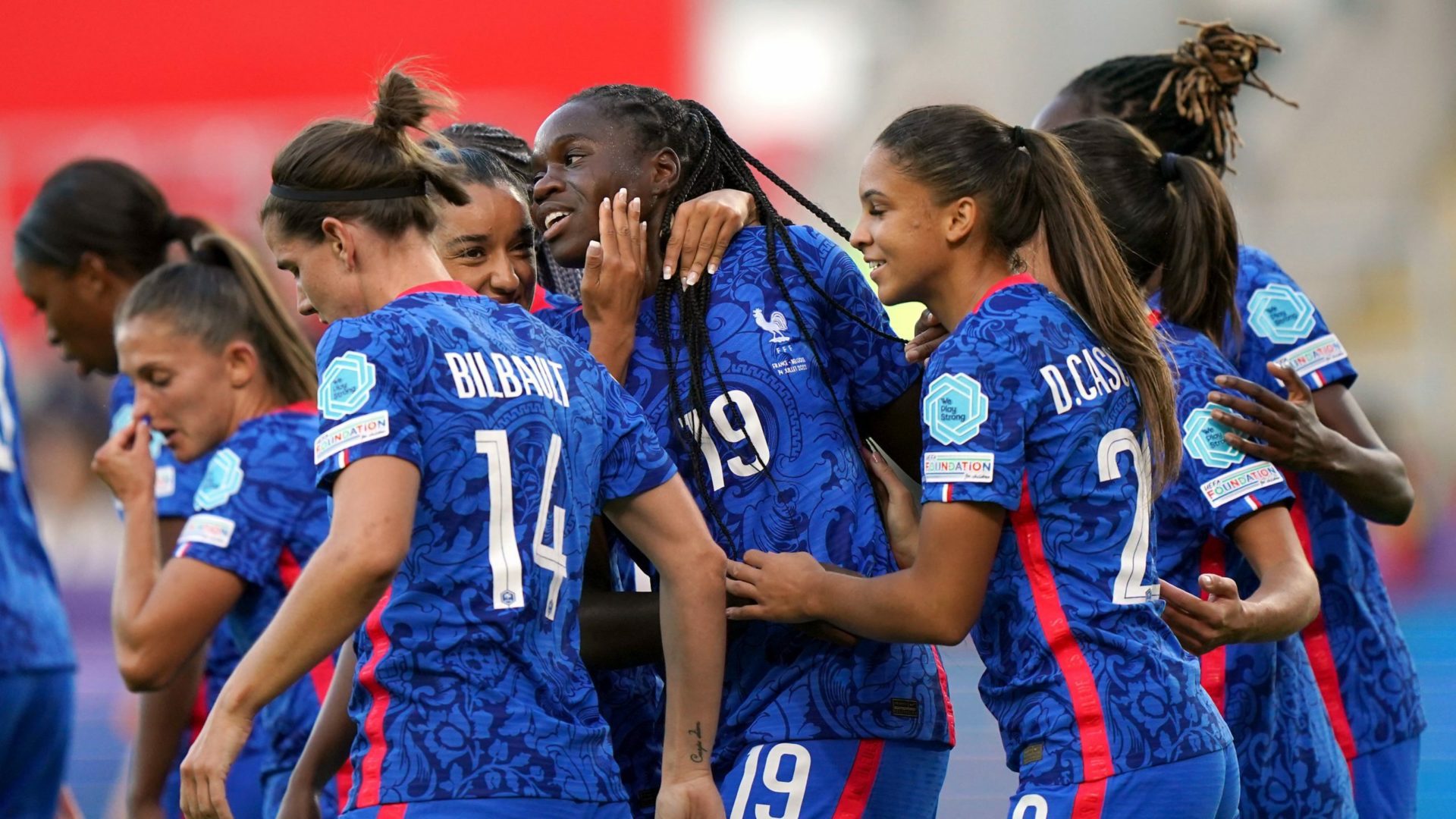 France advance to Euro 2022 quarter-finals with victory over Belgium

By Press AssociationJuly 14, 2022No Comments

France secured safe passage through to the quarter-finals of Euro 2022 with a 2-1 victory over Belgium at the New York Stadium.

France opened the scoring in the sixth minute when Kadidiatou Diani headed in at the back post and even though it was one-way traffic for much of the half, Belgium scored a shock equaliser after 36 minutes when Janice Cayman neatly tucked home.

The French regained their advantage soon after when Griedge Mbock Bathy emphatically headed home on her first appearance of the tournament.

Belgium were reduced to 10 players with a minute left on the clock when Amber Tysiak was given her marching orders for handball inside the box, but Wendie Renard missed the resulting penalty.

It did not take long for France to settle into the routine that earned them five goals against Italy on Sunday and the first chance of the game fell to the French when Clara Mateo’s drilled corner found the head of Renard, but she sent her header wide of the target three minutes in.

France once again looked wide to exploit their opponents and found joy six minutes in when Sakina Karchaoui made a surging run down the left and her cross was nodded home by Diani to make it 1-0.

Karchaoui was proving to be a menace down the left and once again floated a ball into Diani but this time her header was turned onto the post by Nicky Evrard from point-blank range.

Belgium were level against the run of play when Cayman poked past the onrushing Pauline Peyraud-Magnin.

However, it did not take ling for France to restore their leaf when five minutes later Mbock Bathy headed home Eve Perrisset’s drilled cross from close range.

France were always in control and Belgium  had Evrard to thank for keeping it to 2-1 when she made a fine save to deny Ouleymata Sarr.

France should have put the game to bed in the dying minutes when they were awarded a penalty after Tysiak handled and a second yellow card saw the Belgian dismissed.

But Evrard once again denied France as she got down low to save Renard’s spot kick.