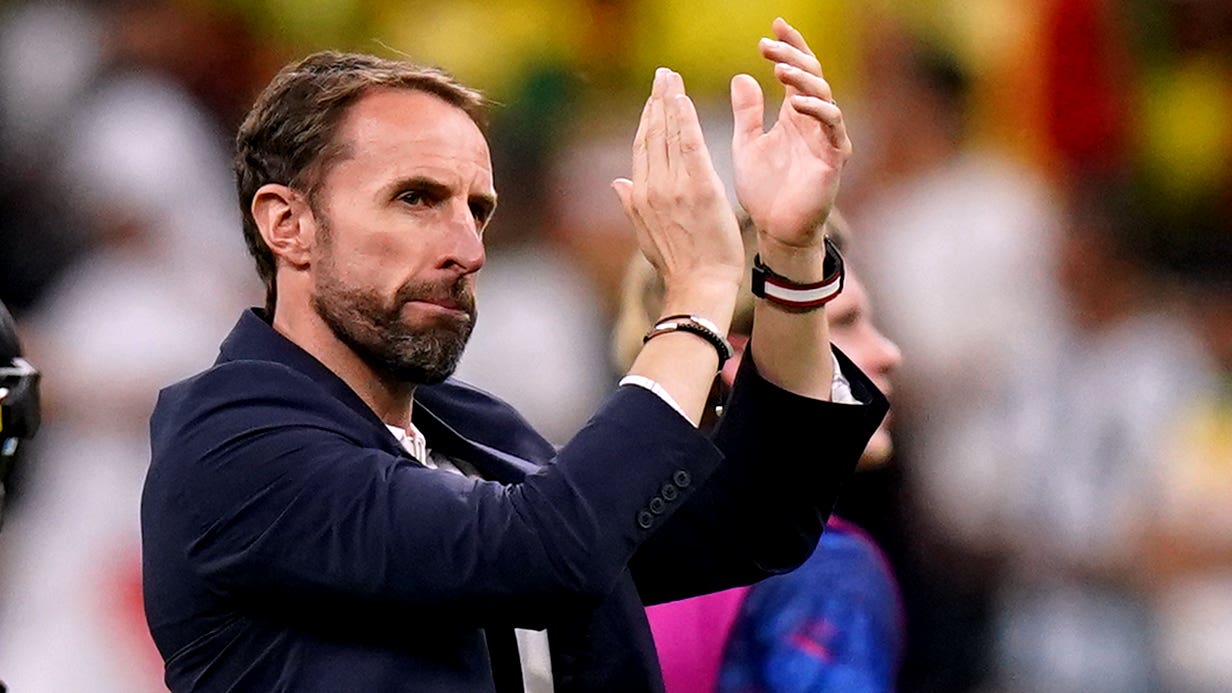 By Press AssociationDecember 4, 2022No Comments

The European Championship runners-up overcame heightened expectations and a nervy start in Al Khor to triumph with ease against this year’s Africa Cup of Nations winners on Sunday evening.

Harry Kane opened his account in Qatar – becoming England’s highest ever scorer at major tournaments and moving within one goal of Wayne Rooney’s record – after Jordan Henderson opened the scoring late in the first half.

A smart Bukayo Saka clipped effort wrapped up a comfortable 3-0 win against Senegal that secured a return to Al Bayt Stadium on Saturday to take on World Cup holders France.

“It’s the biggest test that we can face,” England boss Southgate said.

“They’re world champions, incredible depth of talent, outstanding individual players, very difficult to play against and to score goals against.

“It’s a fantastic challenge, brilliant game for us to prepare for.

“The two quarter-finals that are already in place are fantastic, historic football rivalries and great games from the past.

“A brilliant game for us to be involved with and test ourselves against the very best.”

France eased past Poland earlier in the day to seal their spot, with Olivier Giroud becoming their all-time top scorer before Kylian Mbappe hit a brilliant brace in the 3-1 triumph.

“Of course (Mbappe) is a world-class player and has already delivered big moments in this tournament and in previous tournaments,” Southgate said.

“But there’s also, I think (Antoine) Griezmann is now over 70 consecutive games for France and I think he’s also a phenomenal player.

“We know Olivier Giroud so well and they have outstanding young midfield players as well.

“So, everywhere you look when we’re studying France at every age group, they have incredible depth of talent in every position.

“It’s a huge test but one that we’re really looking forward to and it’s a great challenge for our team now.”

While England fans should rightly be wary of France, they can also call upon some of the most exciting talents around.

Phil Foden provided two assists and Saka scored his third of the tournament, while 19-year-old Jude Bellingham produced an outstanding performance in midfield.

The Borussia Dortmund teenager cutback for Henderson’s opener in Al Khor, then went on the driving run that brought about the quickfire second from Kane.

“I think the biggest thing is the mentality,” Southgate said of Bellingham.

“Obviously we’ve done a lot of work over the years with young players and young player development.

“And the thing that makes the difference is the mindset, the drive, the desire to learn and improve. And he has all of that.

“I think with him, Phil and Bukayo tonight, it felt the right moment for them and they all stepped up.

“I have to say with Hendo as well because those two out of possession really got us into the game.

“We were a bit stuck with the ball and our best moments were turning the ball over.

“I think Hendo’s influence is allowing Jude more freedom positionally. He responded to that remarkably well.”

England are through to consecutive World Cup quarter-finals for the first time since 2002 and 2006, whereas Senegal prepare to leave Qatar after a comprehensive loss.

Head coach Aliou Cisse, who was on the touchline after illness disrupted his build-up to the game, said: “Unfortunately we didn’t score.

“We were playing a very good England team and you saw that in their challenges, their physical strength.

“We just weren’t as good as we should have been.

“But I’m not trying to make excuses. We were missing two or three players, who probably could have given us something extra.

“But I think we saw that there was a big difference between the teams today.

“We’ve worked for years now to be the best African side but now we were playing a team from the top five in the world and I think you saw the difference tonight.”