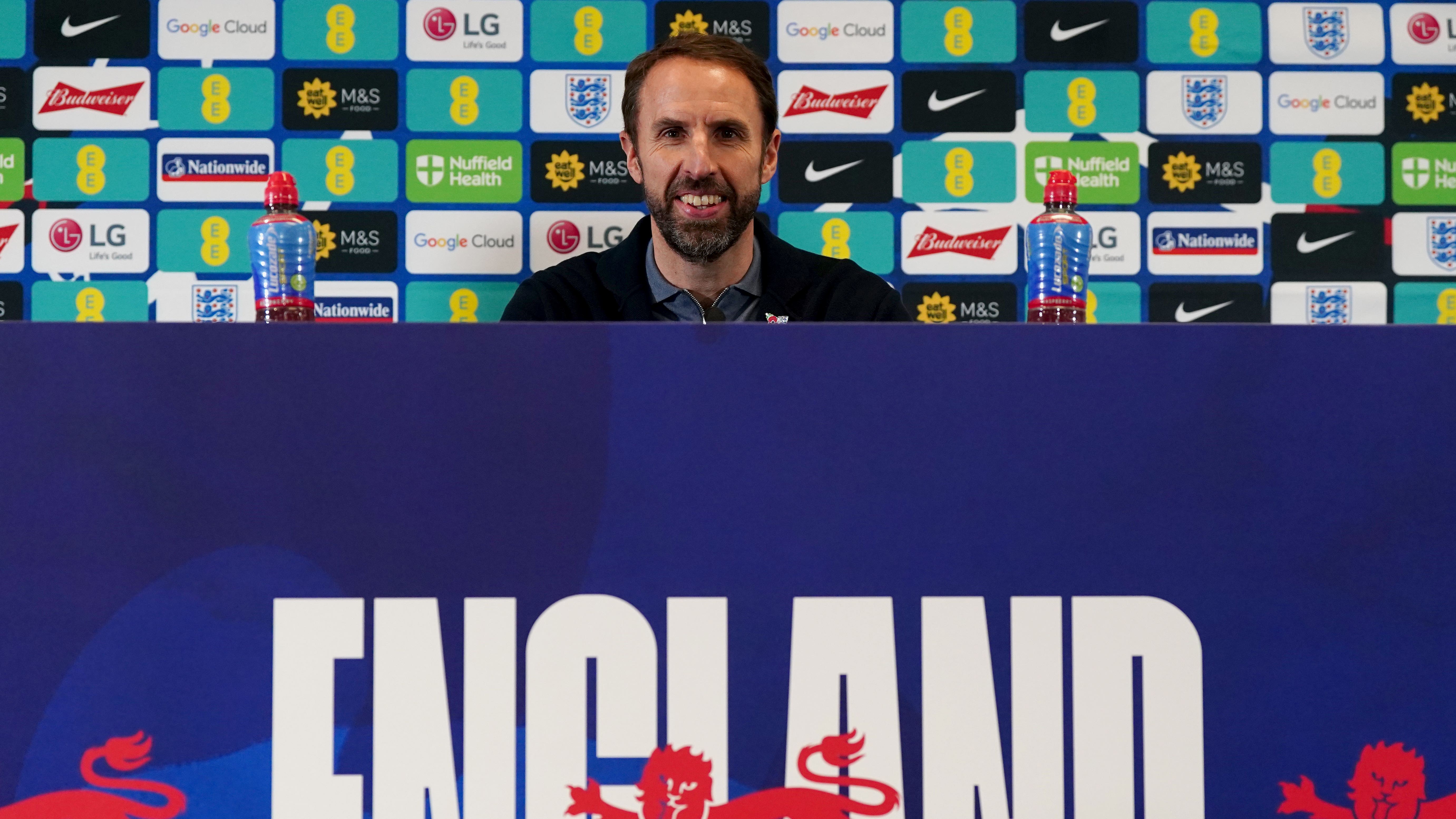 Gareth Southgate urges England to take their chance in Qatar

Gareth Southgate will tell England’s players to embrace their opportunity in Qatar to make this the best period in the national team’s history.

The Three Lions fly to the Gulf on Tuesday to ramp up their bid to replicate Sir Alf Ramsey’s heroes and win the World Cup, having last summer reached a first major men’s final since that 1966 triumph.

Southgate’s side went on to lose the European Championship final to Italy on penalties and the mood has darkened since then due to a winless Nations League campaign that ended in relegation.

England expects and the pressure has built on the manager, but his only focus is increasing a sense of anticipation and excitement about what they can achieve in Qatar.

“With the players we want to talk to them about the excitement of going to a World Cup,” said Southgate, who led the side to the semi-finals in 2018.

“I think we understand the need to comment on the off-field things that surround this tournament, but we want the players to feel that enthusiasm that they’ve had since kids.

“That struck me when I was speaking to them over the last few days, for better or worse, about going to a World Cup and what it means. We want to fuel that.

“The first couple of days we won’t be on the training pitch bar a couple that will need to do something. We just want them to transition from a hectic club schedule to thinking about England.

“We want to talk to them about the fact that this, whatever happens over the next four weeks, has been the second best period for English football. We can make it the best.

“So that is the only thing in my mind, it’s the challenge mindset. There’s nothing else.

“How can we take the supporters on another journey, like the one they loved four years ago and loved last summer. Because that’s why we do it and that’s what makes playing for England special.”

Wales recently had actor Michael Sheen in to give a stirring speech and Southgate said with a smile “maybe we can go one better”.

Southgate would not give anything away about such plans, nor would he open up when asked about the impact of some England fans booing him at Molineux and in Milan.

“I don’t think what it was for me is important at this stage,” Southgate said.

“My only focus is how do I help this team to have a brilliant tournament? And I think we’ve got a great chance. We’ve perhaps, as we did before Russia, qualified and managed expectations at the same time.

“So, I know what this group of players have been capable of. They’ve been to the deep reaches of tournaments. They know what that feels like. They know they can do that again. There’s no reason why they can’t.

“That’s my sole focus. What people say or think about me is irrelevant. My job is to free the players of any of that. I’m excited for the tournament and they should be as well.”

England kick-off against Iran on November 21 and fly out to Doha on Tuesday, when Southgate is hoping his original 26-man selection remains intact after the final weekend of action.

The first player to emerge unscathed was 19-year-old Jude Bellingham, who played on Friday night for Borussia Dortmund and has been tipped as a potential star in Qatar.

“He has tremendous maturity for his age,” Southgate said.

“Mature in how he works, how he trains, how he speaks. He competes – you know it is probably the thing we love about him more than anything else.

“That has a line at times and undoubtedly there will be moments, while he is young, that it will be crossed. But he’s a very exciting player and he’s one we’ve got a good body of experience into early, really.

“He went to the Euros – we thought it was a good experience for him, but he wanted more! We were thinking for a 17-year-old ‘this is a really good transition’ but his mentality is ‘no, no, no.’

Bellingham is the only teenager in a squad that Raheem Sterling is the most capped player in.

The 27-year-old has appeared 79 times for his country and will surely be champing at the bit after a frustrating start to life at new club Chelsea.

“Raheem’s got the opportunity in terms of number of caps for example to break all sorts of records because he started so early,” Southgate said.

“It’s been fascinating to see that progression to – he won’t thank me for that – being an elder statesman in the team.

“The maturity and the way he now looks after the younger ones when they came in. I think he thinks about that period where he had to adapt.

“I think Steven (Gerrard) would have been in the group with him around that time. To have somebody with him from that club would have helped that transition.

“He’s excellent at that with the younger players, especially making sure they feel welcome and feel part of it. That’s the sort of maturity that has grown in him over this period of time.”