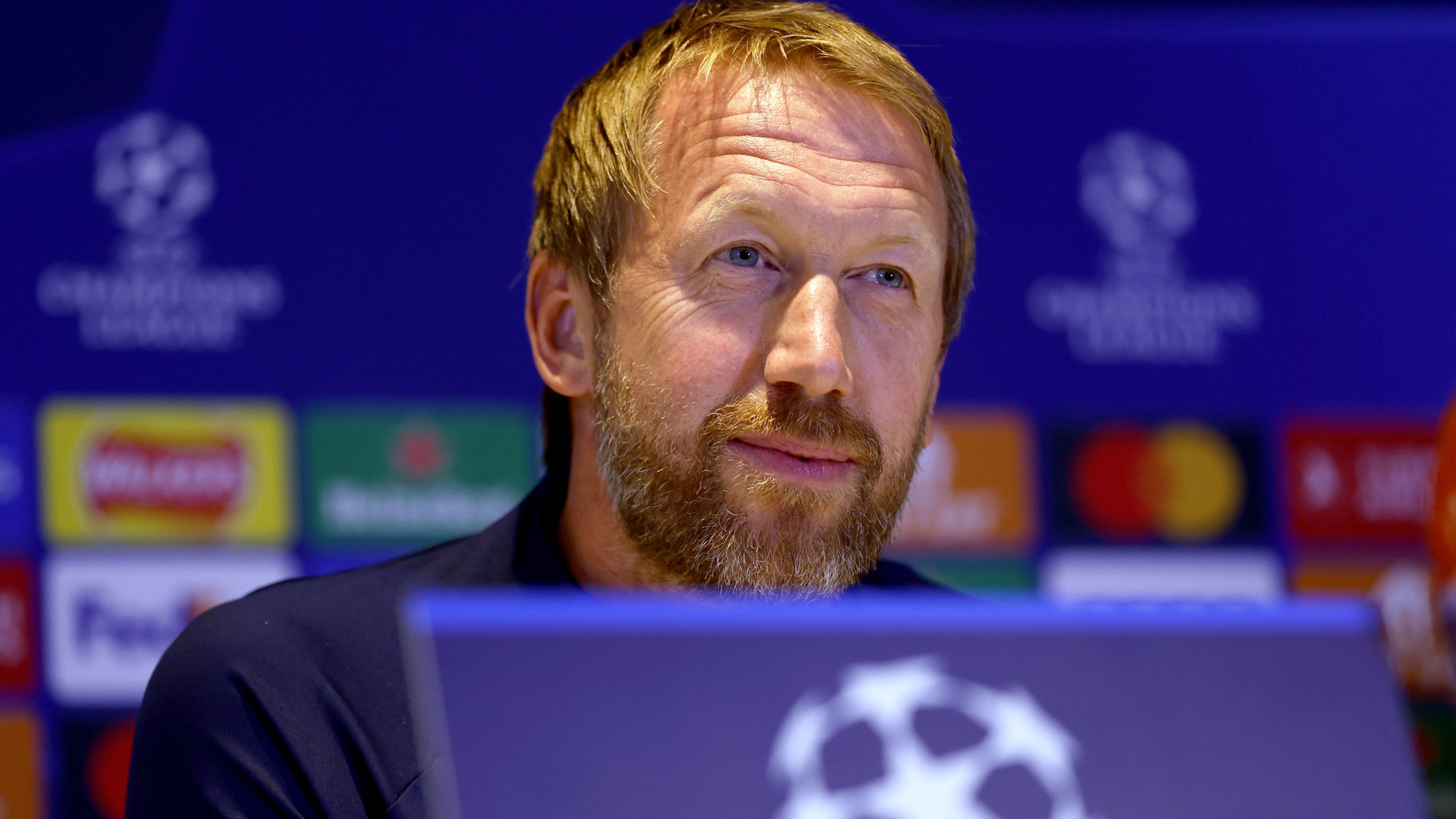 By Press AssociationSeptember 13, 2022No Comments

Graham Potter has revealed he has never even attended a Champions League match ahead of taking charge of Chelsea for the first time.

Potter’s Chelsea debut will also double as his Champions League bow, when the Blues host RB Salzburg at Stamford Bridge on Wednesday.

And the 47-year-old admitted the closest he has come to Europe’s top-tier club competition until now has been to watch the action on TV.

Potter branded his switch from Brighton to Chelsea last week as a “whirlwind”, as the English coach replaced Thomas Tuchel at the Stamford Bridge helm.

Potter admitted the opportunity was too compelling to pass up, with the Solihull-born coach impressed by Chelsea’s new owners.

Asked if he had even attended a Champions League match before, Potter replied: “Off the top of my head, I don’t think I have.

“But it’s a good time for me to get into the dugout.

“My experiences in the Champions League are just at supporter level.

“But obviously I’ve experienced the Europa League with Ostersund, winning at Galatasaray and getting through the group stage.

“Wherever we would start it would be a heck of an introduction, wherever we start it’s going to be brilliant, so why not start here?

“You have to look at the tradition, the quality, size and ambition of the club here. It’s a completely different challenge from the one I had at Brighton.

“I had three fantastic years there, but I’m very thankful to the owners here for putting their trust in me.”

Popular German boss Tuchel’s departure was not linked directly to results, with Chelsea’s new owners wanting to move in a new strategic direction.

Boehly and Eghbali are confident of working with Potter in the long-run, and are understood to respect his man-management and people skills.

Potter was named as Chelsea boss on Thursday afternoon, with The Queen’s subsequent death clearly overshadowing his appointment.

Potter led Brighton to a 5-2 win over Leicester in his final Seagulls match on September 4, with the former Ostersund boss admitting the last few days had flown by.

“It’s nine days but it feels like nine weeks or nine months,” said Potter. “The beauty of football is that you never know what’s around the corner.

“Everything’s happened very quickly, with a lot of intense conversations.

“Chelsea’s owners are good people, intelligent people who want to achieve something here.

“It’s a really exciting project and they have some big ideas about how to take the club forward. It felt really positive.

“It’s been a whirlwind, getting to know people, leaving Brighton, learning about the players. So far it’s been really, really positive.

“It was one of those days where in 20, 30, 40 years’ time, everyone will know where they were when it happened. And that will be easy for me to answer that’s for sure. It was a seismic day for me on loads of levels.

“Without sounding silly, I was the main news I guess, then I didn’t become the news at all.

“When The Queen passed away, you started to think about your own life and for me it was childhood memories of my mum and dad, with a lot of those revolving around royal events. It just shows what a constant she has been.”

Potter overhauled Ostersund’s entire set-up, driving a small club from Sweden’s fourth tier to the Europa League between 2011 to 2018.

The new Blues boss might be unproven at the very top level, but insisted there is no greater risk in accepting the Stamford Bridge challenge than when he headed out to Sweden.

“If we walk across the road, there’s a risk – that’s what life is,” said Potter.

“I left England aged 30 and I went to a club that had sacked the manager every year for four years.

“I left a secure job and my wife left her business.

“Life’s about going outside your comfort zone, taking responsibility and believing there’s more to us than is here now.

“When I went to Sweden I was working in in the ninth tier of English football. There was the bottom, a few more levels, then there was me. I didn’t ever have a plan to be sitting at a level like this.