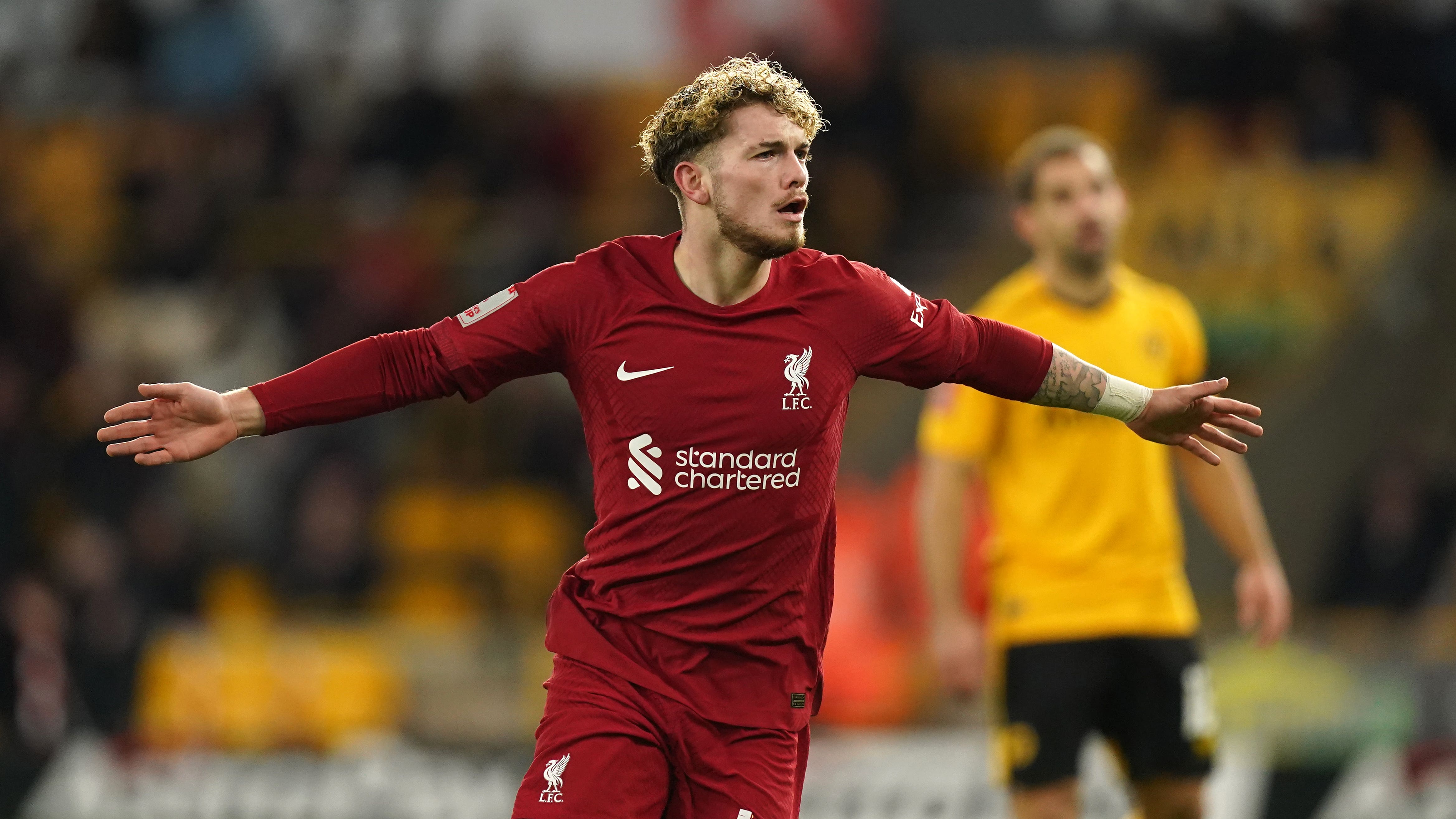 Harvey Elliott fired Liverpool into the FA Cup fourth round as the holders held on for a 1-0 win at Wolves.

The 19-year-old’s fourth goal of the season squeezed Jurgen Klopp’s men past their hosts.

The lights went out at Molineux inside the opening minute but Liverpool stoked the embers of a fading season to keep their FA Cup defence alive.

Their reward is a return trip to Brighton, which will come just two weeks after Saturday’s 3-0 Premier League thumping.

It is hard to think they will be as wretched again, Klopp labelling it the worse performance of his career, but their domestic campaign will be all but over with another Amex defeat.

They had been given a reprieve after the first game with Wolves ended 2-2 – Mo Salah controversially scoring before the visitors were left furious when Toti Gomes’ strike was dubiously ruled out amid a VAR failure.

Liverpool did not waste their second chance and, for all Wolves’ efforts after dominating the second half, the hosts never seriously troubled goalkeeper Caoimhin Kelleher.

They also started brightly, having announced the signing of Pablo Sarabia from Paris St Germain before kick-off, and immediately attacked before the stadium was briefly plunged into darkness by a power cut.

The hosts would have wished for a longer delay as the lights swiftly returned to allow Liverpool to grab a 13th-minute winner.

It came from a promising Wolves attack as Rayan Ait-Nouri’s shot was blocked but, when the ball was returned to Kelleher, Liverpool ruthlessly cut through the home side.

Fabio Carvalho and Kostas Tsimikas played their way out of trouble, with Thiago Alcantara sweeping wide to Elliott to run into the ever-increasing space.

The England Under-21 international did not need a second invitation and with Jose Sa out of position he beat the scrambling goalkeeper from 25 yards.

The much-changed visitors continued to threaten and Cody Gakpo drilled over shortly afterwards before Carvalho had a goal disallowed, correctly, for offside following another flowing move.

Wolves, who had dramatically improved since Julen Lopetegui’s November arrival, struggled to land a punch and Adama Traore drilled wide from an angle five minutes before the break.

While they saw plenty of the ball it failed to produce a serious chance and Lopetegui called for reinforcements at the break with Nelson Semedo and Matheus Nunes on.

It allowed the hosts to find extra energy, although Traore again wasted their best effort when he ballooned over from the edge of the box, and as the half dragged on Wolves remained on top.

Liverpool’s rhythm had been interrupted and Kelleher touched Ruben Neves’ free-kick over before Raul Jimenez failed to get a clean touch on Traore’s cross.

Time ticked by and cute play from Nunes and Diego Costa ended with fellow substitute Matheus Cunha lashing wide with three minutes left, with the striker’s stoppage-time header also gathered by Kelleher as Liverpool edged through.