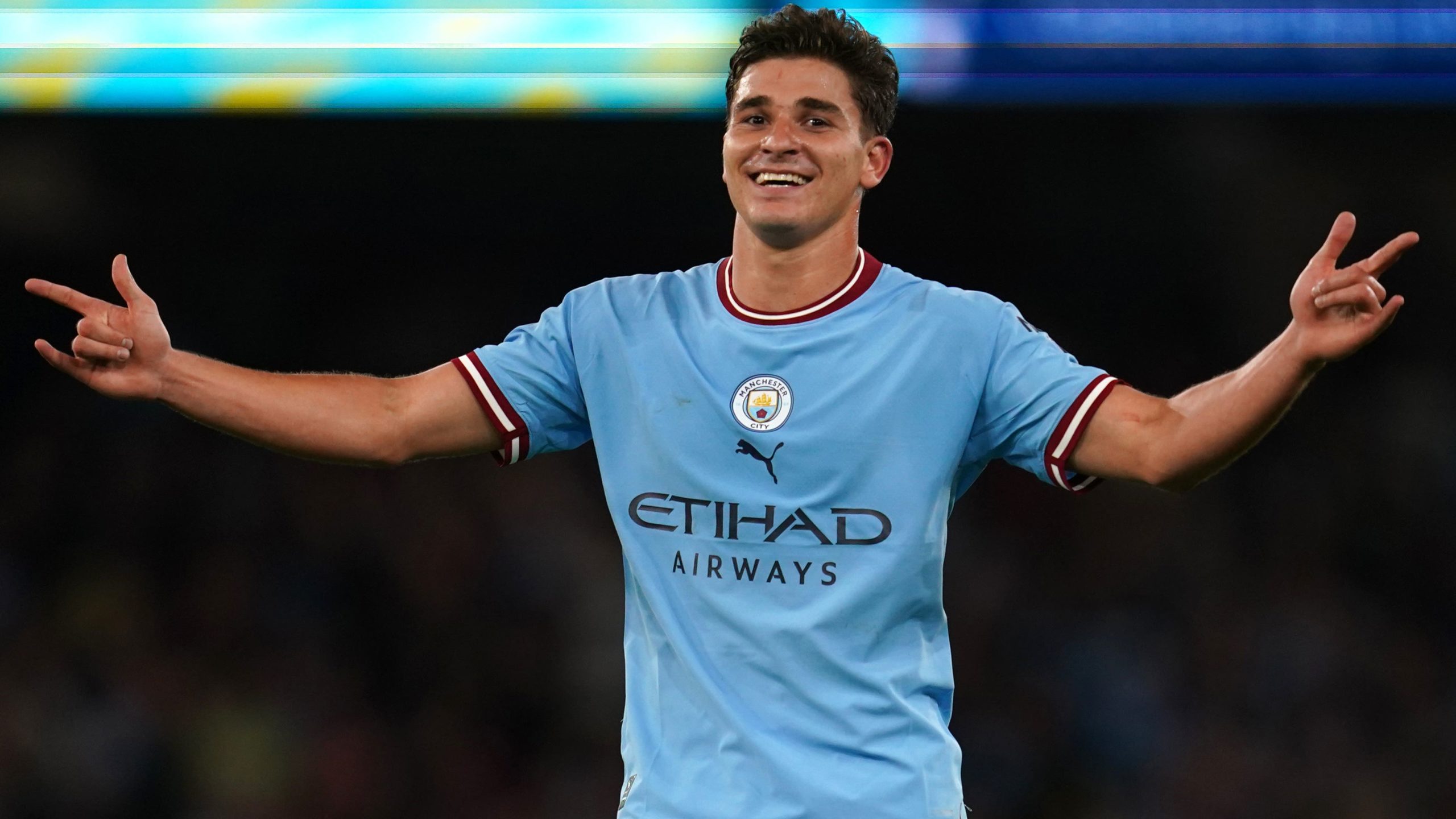 Pep Guardiola believes the brilliance of Erling Haaland is allowing another attacking “weapon” in Julian Alvarez to settle quietly and effectively at Manchester City.

Haaland has commanded the spotlight at the Etihad Stadium since his summer move from Borussia Dortmund, scoring a remarkable 19 goals in just 12 appearances.

The prolific Norwegian grabbed another double as City thrashed FC Copenhagen 5-0 in the Champions League on Wednesday but he was not the only new striker to get on the scoresheet.

Alvarez, the Argentina international brought in from River Plate, netted his fourth goal for the club in the second half.

After playing for most of the past two seasons without an out-and-out centre-forward, Guardiola feels the pair have brought a new dimension to City’s play.

“Against these type of teams we need players in the box and, with Erling and Julian, we have this weapon.

“In these type of games it is so important for the people outside – Joao (Cancelo), Sergio (Gomez), others – to have players there.

“How many times did Bernardo (Silva) arrive at the byline and Julian have the movement? Against teams like that the space in the middle is so minor we have to try to make a movement there and Julian is really good.

“All of us, not just me, are incredibly happy with the goal he scored and the way he played.

“He’s a little bit behind for the highlights of Erling – that’s normal, Erling is something special – but he’s a guy we rely on incredibly, a lot.

“The way we played since day one was magnificent and, against teams that play so tight, he helped us a lot to have an extra weapon close to the box with this sense of scoring a goal.”

Haaland picked up from where he left off after Sunday’s hat-trick against Manchester United by breaching the Danish champions’ defence with his first touch on Wednesday.

He added another before being substituted at half-time as City also benefited from an own goal from David Khocholava.

Riyad Mahrez added a penalty after the break before Alvarez, who also hit the post, wrapped up a convincing win that put City within touching distance of the last 16.

City have won all three of their games and have a three-point lead over Dortmund, who in turn are five points clear of Sevilla and Copenhagen.

Guardiola said: “They were incredibly well organised in all departments but we played really well.

“Our performance, beyond the result, was really, really good.

“The way we played was magnificent. I’m so satisfied for the guys, how they performed.”