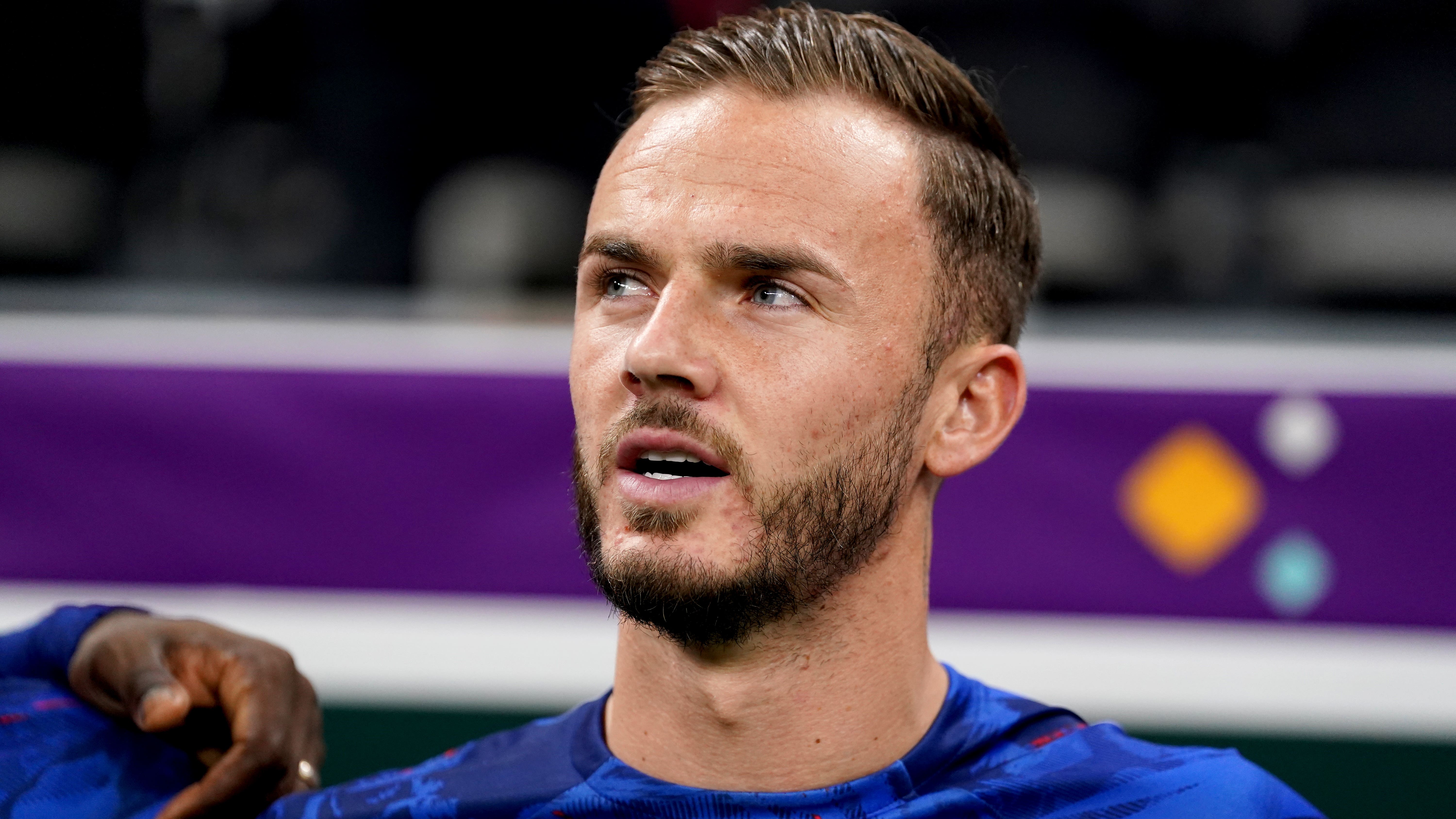 By Press AssociationDecember 20, 2022No Comments

James Maddison is expected to return to the Leicester side for their Boxing Day clash with Newcastle.

Maddison was missing for the Foxes as they resumed their season after the World Cup break with a routine 3-0 Carabao Cup win at MK Dons.

Goals from Youri Tielemans, Ayoze Perez and Jamie Vardy meant that Maddison’s absence was not a factor as they reached the last eight of a competition they will have real designs on winning this season.

Assistant manager Chris Davies confirmed that Maddison is no longer suffering from the hamstring injury which troubled him during the early part of England’s World Cup campaign, in which he ended up playing no part, and expects him to be back for the festive clash next Monday.

“We just need to get him up to speed really, he’ll be training this week,” Davies said. “He was training with England, he didn’t train initially when he first went but then he did.

“He is fine, he will be training with us this week and he’s fine.

“Yes, he is training this week. I would expect him to be available for Boxing Day.”

It was a routine night for the Foxes, underpinned by first-half goals by Tielemans and Perez, with Vardy killing the game in the second half.

Davies added: “It was a really good evening for us, really positive, having been a few weeks away now from competitive games, it was really good to get back with a good performance and a win.

“The cohesion was really good, we had the majority of the squad with us in our training camp.

“We were hoping this could be a perfect game for us leading into the Premier League restarting and it turned out to be that.”

It was an unusual night for the Dons, who had midfielder Bradley Johnson stepping in on the touchline for interim manager Dean Lewington.

The club captain took temporary reins following Liam Manning’s sacking 10 days ago, but spent the day in hospital as he underwent hamstring surgery.

The former Norwich and Leeds midfielder said: “I enjoyed it. It is different, but the situation we find ourselves in as a club, we all want to help out.

“Skip has done it, he has had his operation, the club asked me to do it and I was more than happy to do it.

“The situation we are in, everyone has to fight together and if I am called upon to do it again I am more than happy to.

“I am proud of the lads. Before the game we said there was nothing to fear and to test ourselves against Premier League opposition and see what we can do. In periods we did well.

“Ultimately they are top a quality side and it was tough for the lads.”