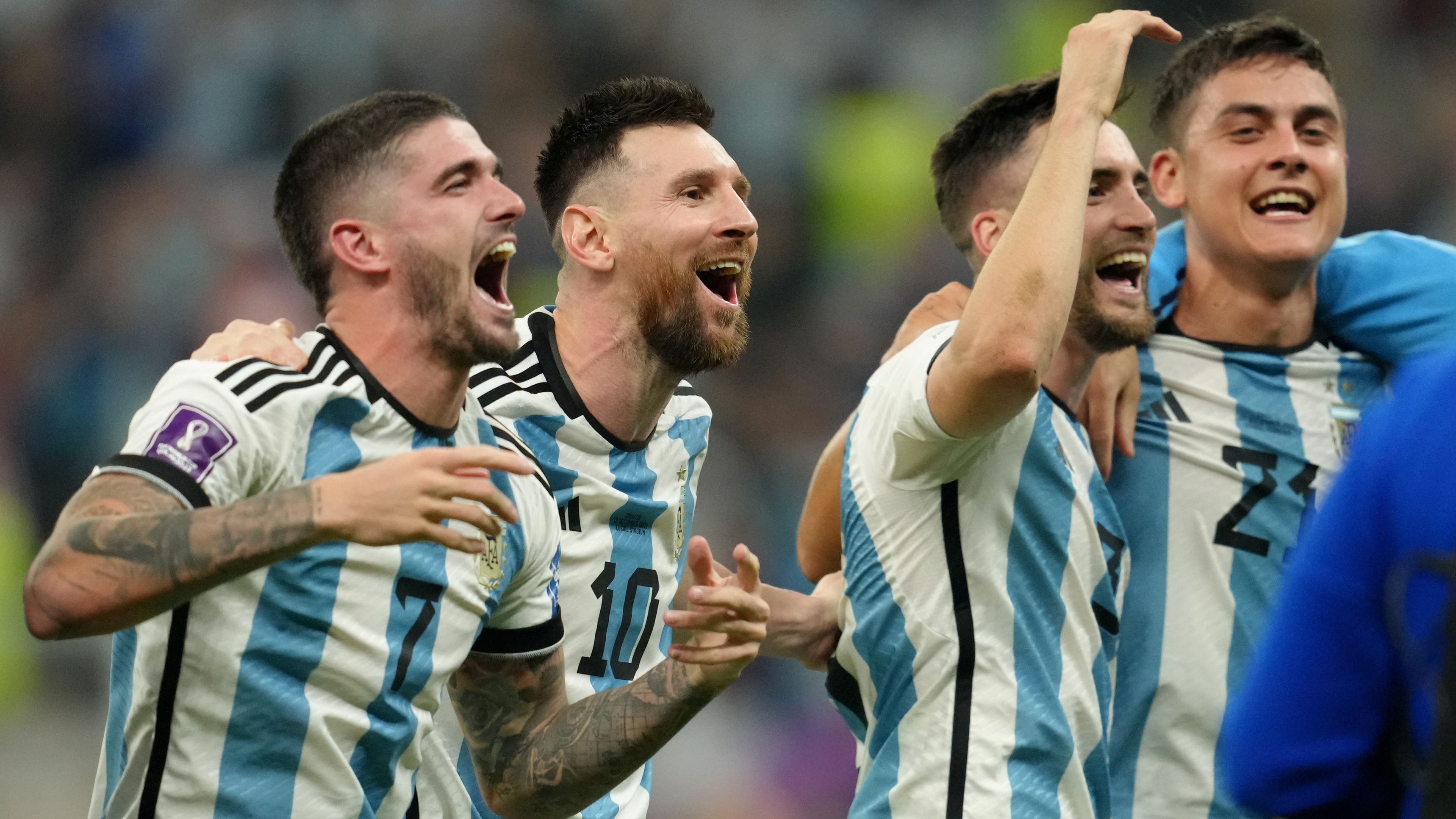 Lionel Messi beamed with pride after his magical display inspired Argentina to a resounding victory against Croatia and secured their place in the World Cup final.

One of the greatest players in football history, the 35-year-old put in a man-of-the-match display in Tuesday’s Lusail Stadium semi-final against the 2018 runners-up.

Messi converted a first-half spot-kick and watched Julian Alvarez end a strong solo run with a cool finish, before the skipper showed incredible nous and skill to tee up the Manchester City forward to wrap up a 3-0 win.

Argentina will return to Lusail to face France or Morocco on Sunday, when their captain can crown a glittering career with glory in what looks set to be his last appearance on the world stage.

“Well, what I can say is that I am enjoying this a lot,” 35-year-old Messi said with a smile. “I am feeling really good.

“This is what we’ve been doing in every match. The previous match was a big sacrifice and we went into extra time. That wasn’t easy.

“Today we were tired but we pulled our strengths to earn this victory.

“We played very well. We knew that we would play this way. We prepared this a lot because we knew they wouldn’t have the ball because we would need to run in this match and then keep our chances.

“So, as I say, I think we prepared this match in a very good way, as we always do.

“And, personally, I can say that I feel very happy in this whole World Cup. I am enjoying it a lot and luckily enough I am able to help my whole squad to make things happen.”

Messi is at his fifth World Cup and was part of the Argentina side that lost the 2014 final in extra time to Germany at the Maracana.

The 35-year-old praised this “very intelligent” squad and “excellent technical staff” in Qatar, where things had started with a shock 2-1 defeat to Saudi Arabia in the same venue that will host Sunday’s final.

“I would say that the first match was a hard blow for all of us because we had been unbeaten in 36 matches,” Messi said. “To start in such a way in a World Cup was a really hard blow.

“We didn’t think that we would lose against Saudi Arabia and so to start it in such a way was an acid test for this whole squad.

“But, again, this squad proved how strong we are and then we won the other matches.

“We were aware that if we didn’t win then things would be more complicated for us.

“We have played five finals, and luckily enough we were able to win the five finals – and I hope this will be the same way for the final game.

“I would say that internally we were confident that we would make it because we know what we are capable of as a squad, as a team.

“Yes, we lost in the first match due to fine details but from then on that really helped us to be stronger and to be able to grow even more in this tournament and also to grow internally as a squad.”

While Lionel Scaloni’s side progress to the final, 2018 runners-up Croatia have to dust themselves down for Saturday’s third-place play-off.

Head coach Zlatko Dalic, who confirmed he would stay on for the 2024 Euros, said: “I would like to congratulate the Argentinian team for winning the semi-final.

“I would like to thank our boys and players for everything they’ve done in this match.

“Now we need to pull together, get back to our feet and try to win the third place.”