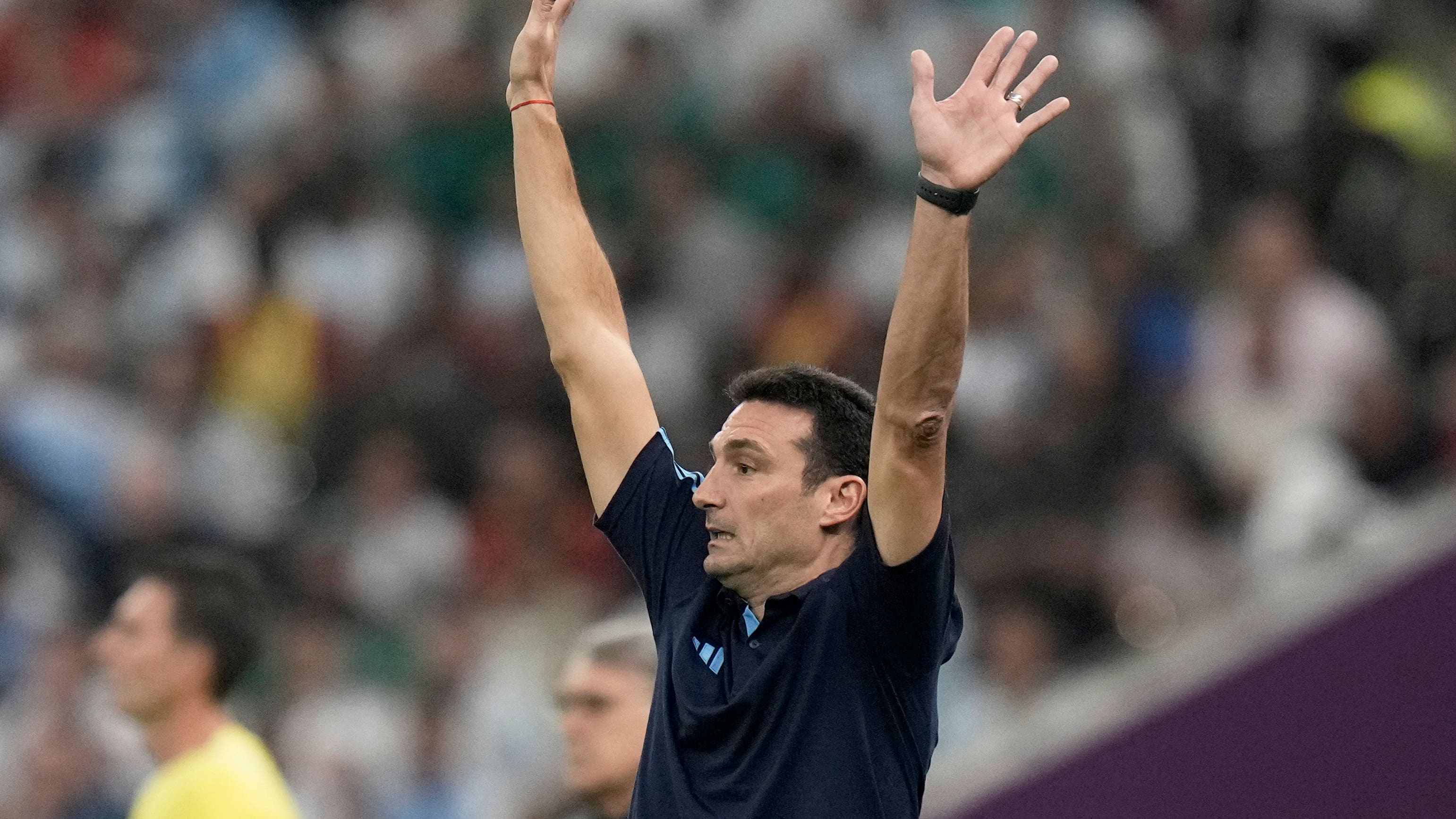 Argentina boss Lionel Scaloni says he was “really reassured” by what he saw from his players in Saturday’s win over Mexico.

Scaloni’s men bounced back from the shock 2-1 loss to Saudi Arabia in their World Cup Group C opener by defeating Mexico 2-0, with Lionel Messi putting them ahead with a 64th-minute strike before Enzo Fernandez added a second goal late on.

They will now look to secure last-16 qualification on Wednesday when they face Poland, the group leaders with four points – third-placed Saudi Arabia also have three, while Mexico have one.

Scaloni, whose reigning Copa America champions had gone into the tournament in Qatar on a 36-match unbeaten run, told a press conference: “Obviously after a victory against Mexico, we are feeling better emotionally. We are on the right path now.

“Have we recovered our identity after the (Messi) goal? It depends on how you see it, because then we had to defend the result, whatever it took. That’s football. It’s tough.

“We had a couple of chances after the goal to get a bigger result, at the end of the match we managed to do that, and that’s what counts.

“That’s our identity – we fight for every single ball and try to be strong. That’s what we asked our players (for) ahead of the match, and that really reassured us – that’s what we saw on the pitch. Yes, the first half wasn’t great, but we saw our players fighting.”

Scaloni was asked if he felt Lewandowski was a player now at the same level as Messi, and he said: “He’s a top player. It’s a privilege and a pleasure to see him from up close, as a football fan. He’s a great player.

“The question is a bit tricky – is he at the same level of Messi? You just have to enjoy watching such a good player. Why compare one player with the other one? It’s not helpful.”

Scaloni’s Poland counterpart Czeslaw Michniewicz was also asked about Messi and Lewandowski, who he said were both “fabulous” players.

Michniewicz refused to give an opinion on who was better, and stressed it was “not only a match between Lewandowski and Messi – it’s not tennis, it’s not one-on-one”.

He also spoke about the job of trying to stop Messi, as he compared the seven-time Ballon d’Or winner to Italian Olympic champion skier Alberto Tomba.

“It’s a great question, how to stop Lionel Messi – I think all the world has been thinking about it for years, and I don’t think we’re ever going to find out the final answer,” Michniewicz said.

“Today at the briefing we said that Messi behaves on the pitch like Alberto Tomba on the slope. He is able to avoid everyone like Tomba, get around everyone. So I need to put our players to make it difficult for Messi, because if he is able to ride through easily, he will score easily. We need to do it with teamwork.”

If they cement qualification, it will be the first time Poland have made the World Cup last 16 since 1986.

And Michniewicz – whose side drew 0-0 with Mexico in their first group game – said: “We should all be excited to play Argentina, that we play for something, it’s high stakes. We will do everything to win because we can do it.”