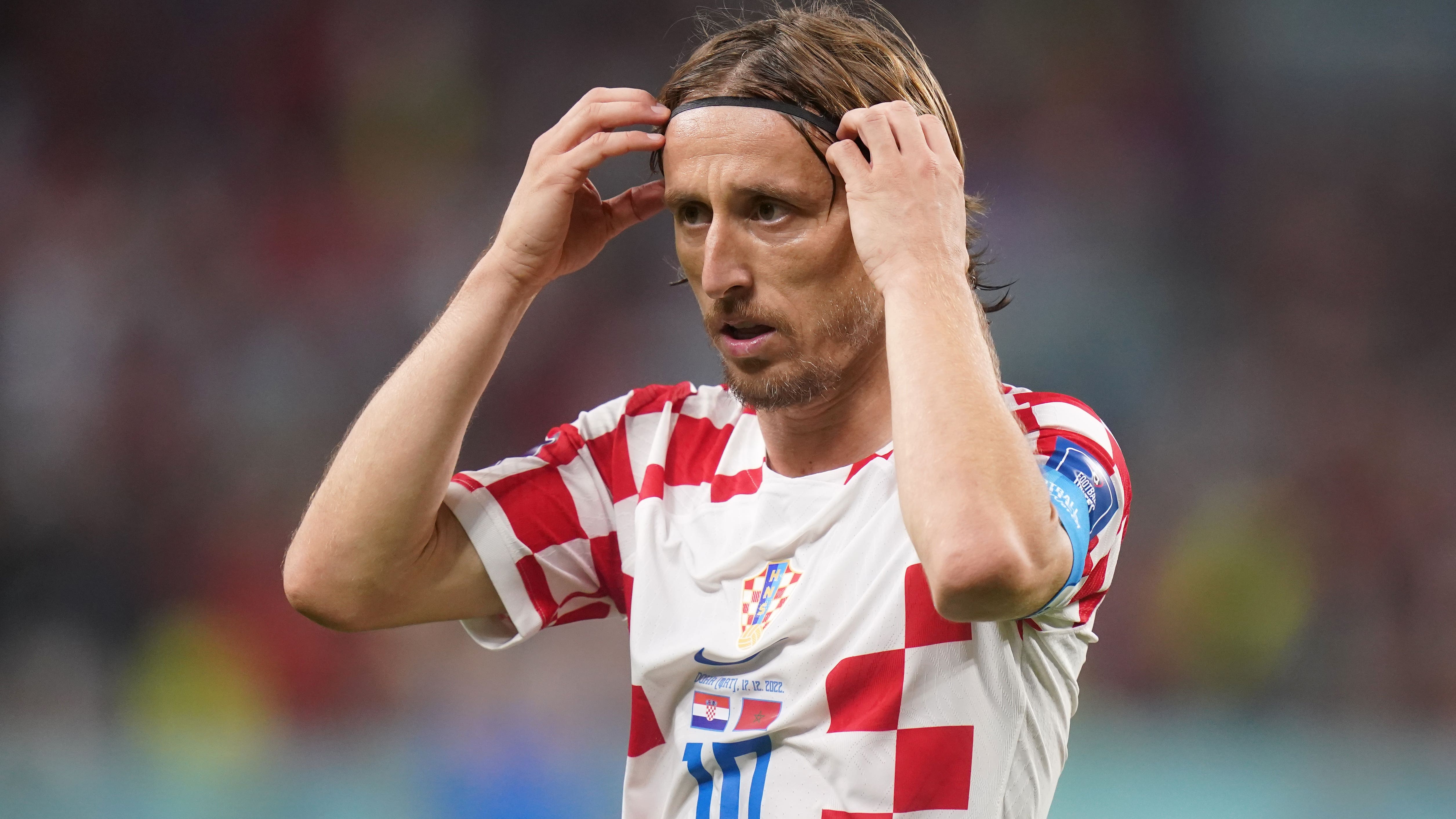 Luka Modric exited football’s biggest stage with a bronze medal after captaining Croatia to victory over Morocco in the World Cup third-place play-off.

The Real Madrid midfielder, 37, has yet to call time on his international career but this was likely to be his last World Cup appearance as the 2018 runners-up took third spot in Qatar following a 2-1 win at Khalifa International Stadium.

If Modric is about to bow out, a rising star of Croatian football opened the scoring with the masked Josko Gvardiol heading in early on, only for Achraf Dari to level less than two minutes later for a Morocco side still fatigued following their semi-final loss to France.

A fine Mislav Orsic effort had Croatia, well beaten by Argentina in the last four, ahead at the break and they held that lead throughout a stop-start second half.

If this is to be the Lionel Messi World Cup, Modric deserves more than a footnote on the tournament where he once again led an unfancied Croatia further than some of the biggest names of the game.

His powers may be on the wane and, with no Ivan Rakitic or Mario Mandzukic, he is helping to nurture the next batch of Croatian talent who will look to continue to defy the odds.

Yassine Bounou, one of the goalkeepers of the tournament, was almost left red-faced in the opening minutes as he slipped while passing the ball out and instead came close to turning it into his own net.

He was soon beaten by brilliance rather than bad luck, however, with a well-worked Croatia free-kick seeing Lovro Majer loft the ball for Ivan Perisic to knock across goal and into the path of a diving Gvardiol, whose header was out of the reach of Bounou.

The lead was short-lived, Morocco firing back from a set-piece of their own – Hakim Ziyech’s cross unwittingly headed over the top of the defence by Majer, allowing Dari to nod home from close range.

After a spell with few chances, Bounou once again had to undo a mess of his own making, this time bravely palming away a loose ball after he had spilled a Modric shot almost straight at the feet of Marko Livaja.

Dari’s header was Morocco’s only effort on goal in the opening half-hour and it remained that way as Achraf Hakimi’s drilled cross was behind the onrushing Youssef En-Nesyri.

The Morocco forward then flicked on a corner at the front post with no-one arriving to turn it home with the African side starting to make in-roads as the half progressed.

Ziyech fired wide but their dogged defence was breached soon after in superb fashion, Livaja sliding a pass out to Orsic just inside the box and the Dynamo Zagreb player made no mistake with a curling strike past the out-stretched glove of Bounou.

The second half became an attritional affair as the strain of playing seven games across the tournament began to take its toll on the two sides.

Both Jawad El Yamiq and goalscorer Dari limped off for Morocco while an emotional Andrej Kramaric was forced off for Croatia.

Croatia felt they should have had a penalty when Gvardiol was clipped but their calls were turned away by Qatari official Abdulrahman Al Jassim.

With players tiring, the evergreen Modric ploughed on, becoming the oldest outfield player to feature in seven World Cup matches in one tournament and still chasing down defenders in the closing stages as he bowed out of the tournament with another medal.