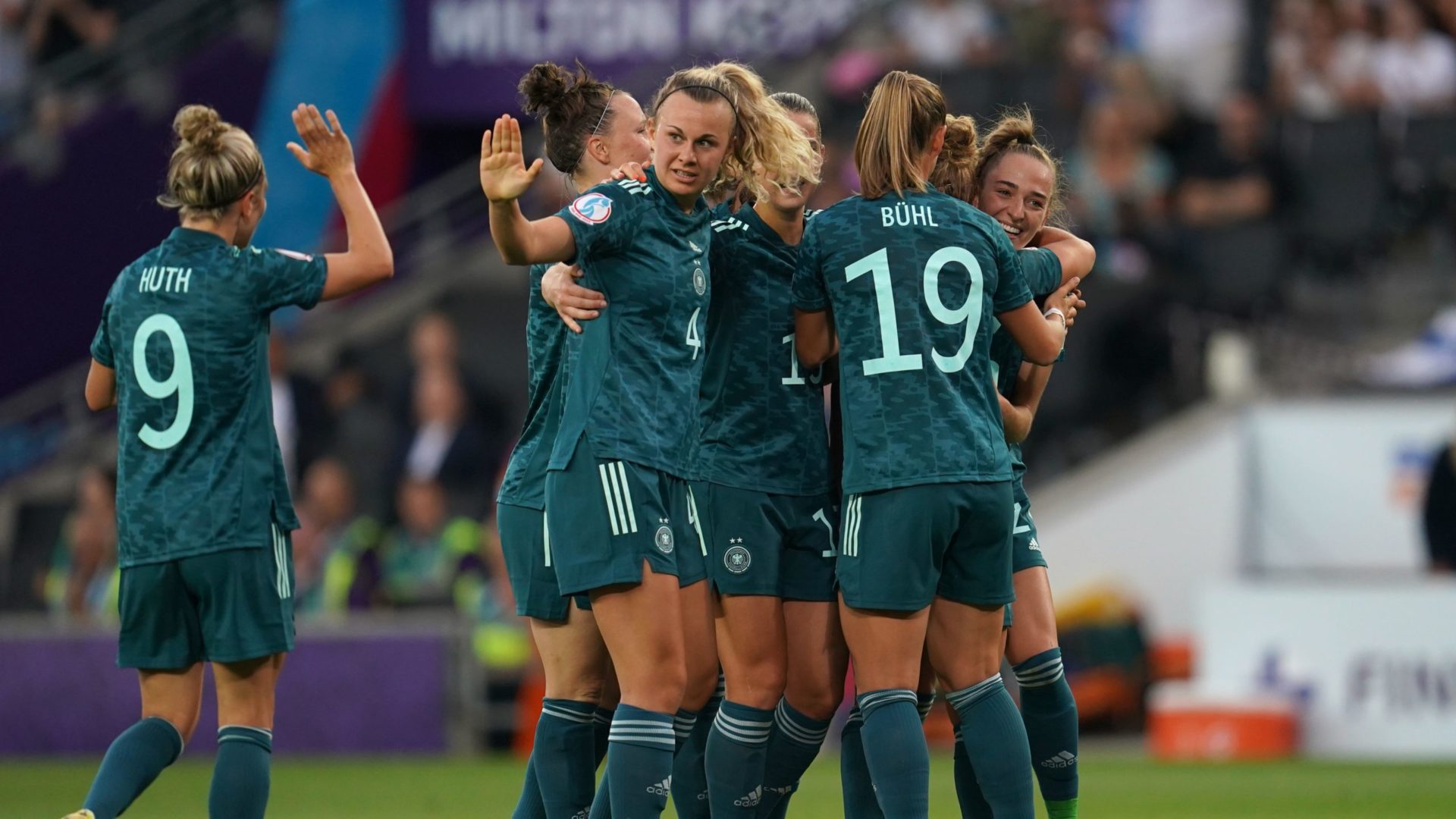 Germany boss Martina Voss-Tecklenburg praised Alexandra Popp and a “very solid” performance from the team after they wrapped up their Euro 2022 group games with a 3-0 victory over Finland in Milton Keynes.

The eight-time champions, who had already qualified for the quarter-finals as Group B winners after beating Denmark 4-0 and Spain 2-0, made a string of unsuccessful attempts on goal at Stadium MK before going in front in the 40th minute via Sophia Kleinherne’s header.

Germany skipper Popp then notched her third goal of the tournament with a 48th-minute header, and substitute Nicole Anyomi subsequently added a strike just after the hour mark.

There has been a headed goal in each of the group games for Popp, who is at her first Euros finals having missed the last two editions through injury, and only returned to action a few months ago after being sidelined for just under a year by a knee issue.

Voss-Tecklenburg said of the 31-year Wolfsburg striker’s scoring streak: “That’s what you expect from a centre-forward.

“We know how good she is with her head and what an effect she has on the opponent, so we consciously gave her 90 minutes today so she could get a bit more fitness – and I think she is ready to score her fourth goal!”

Giving her assessment of Germany’s display, Voss-Tecklenburg said: “We didn’t always reward ourselves but Finland did a lot at the back.

“If we had scored a bit earlier then things would have been a bit easier for us. It wasn’t a brilliant performance but it was a very solid one, everyone was full of passion.

“We tried hard. Not everything worked. But nine points, 9-0 goals (for and against), we would not have believed that before – if someone had bet on that, they would have made a lot of money with it. So we’re very happy.

“We’ve been able to give more of our players playing time, which is really good, because that’s much better than giving them only training time. We’ve done very well and are now excited about the quarter-final.”

Germany’s last-eight tie sees them take on Austria – the runners-up behind England in Group A – in Brentford on Thursday.

Of the upcoming match, Voss-Tecklenburg added: “We are really look forward to this match. It won’t be an easy one at all – it’s a quarter-final at the Euros, and Austria are deservedly there.

“We are a small favourite (to win against Austria) but we have to fulfil that.

“There are a lot of great teams still in the race, quite a few difficult opponents. England, Spain (who play each other in another quarter-final), Germany, Austria – some great matches there.”

Finland, confirmed as heading out of the tournament before this game, exit without a point to their name, having previously lost 4-1 to Spain and 1-0 to Denmark.

Boss Anna Signeul, whose side are 24 places below fifth-placed Germany in the world rankings, said: “I think again we did a good performance.

“Of course we didn’t get the result, but I think we are again defending well-organised. We are really fighting the whole game, and I think the players who were on the pitch did very well.

“I think it has been a fantastic experience for the players. These are the matches that you develop in and I think you can see in this tournament how these players have grown.

“These are matches they don’t have every day, not many of them. That’s how you develop, you need to be in environments that force you to be faster, quicker, take faster decisions. I think we see already these players have developed and they are going to develop even more.”