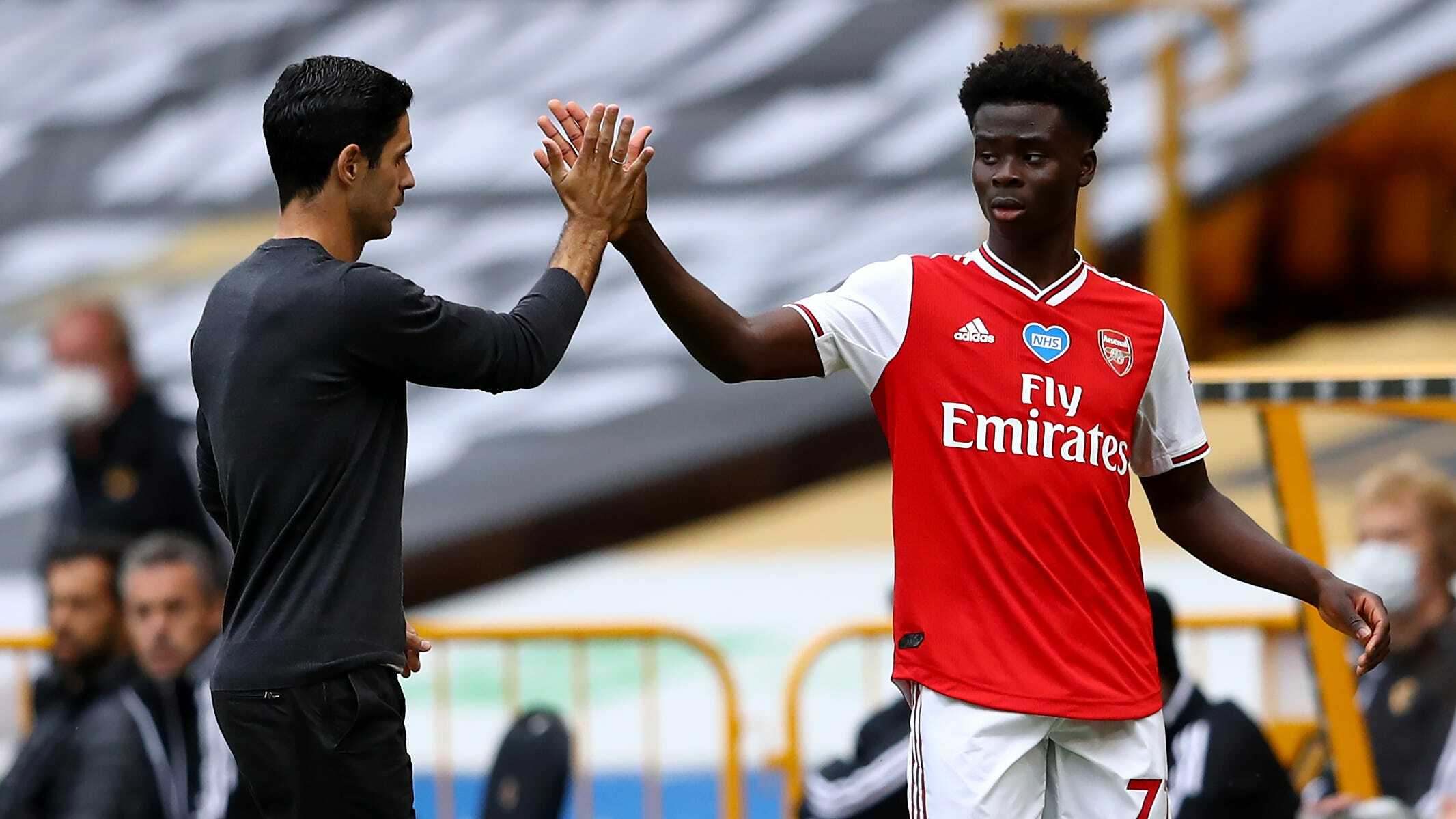 The England forward had missed just 179 minutes of club football this season before the 1-0 victory at the Emirates Stadium put the Gunners into the knockout stages.

Granit Xhaka scored the only goal of the game, with Saka once again the bright spark, although there was cause for concern when he went down injured shortly after the hosts had taken the lead.

With the World Cup kicking off in two months, Saka’s form and fitness will continue to be closely monitored by England supporters.

The 21-year-old has scored five goals in his 14 appearances so far this season and Arteta insists he has no qualms in playing Saka at every opportunity.

“Look at the top players in the world, they play 70 matches, every three days and make the difference and win the game,” he said.

“You want to be at the top, you have to be able to do that. And if we start to put something different in the mind of a young player, I think we are making a huge mistake because then [he would] be like ‘no, I don’t play now, on astroturf I don’t play’.

“I don’t want that. I want them to be ruthless every three days. I want them knocking on my door (saying) ‘I want to play, I want to win the game’.

“There is no fitness coach in the world that is going to tell me that they cannot do it, because I’ve seen it. 72 games and scored 50 goals.

“The players that score 50 goals do not play 38 games in the season, it’s just impossible.”

Asked about Saka’s injury, the Spaniard added: “Yeah he got a kick, he was limping a little bit, but hopefully he will be all right.”

Arteta is now targeting top spot in Group A, which would see Arsenal earn a bye for the round of 32 and avoid the Champions League drop-outs.

“We are qualified so that’s the first step,” he added. “I’m really pleased to do that.

“Now we want to achieve the second one, which is to finish first in the group because we know the difference that’s going to make in terms of the games you’re going to play and against who. That’s still something we had to do.”

Former Manchester United striker Ruud van Nistelrooy was in the opposing dugout having taken over at PSV in the summer.

Although they slipped to a narrow defeat, he was pleased with how his players reacted to a slow start to the game.

“Defensively we were fighting as a team, we were defending very deep, I didn’t really want that,” he said.

“The first half we weren’t in the game at all, we were just defending and surviving, getting to half-time with a clean sheet.

“We did. We had some moments where we played a little bit and created half a chance or two but that wasn’t enough to get a result here.

“In the second half we started to play… we created more, controlled it a little bit more and in the end we were still hoping for a point here. In that sense we’re a little bit disappointed, although Arsenal deserved to win.”

There were some unsavoury scenes at full-time as PSV supporters were seen ripping out seats in the away end and launching a flare into the home section. The PA news agency understands the incident is set to be investigated by UEFA.