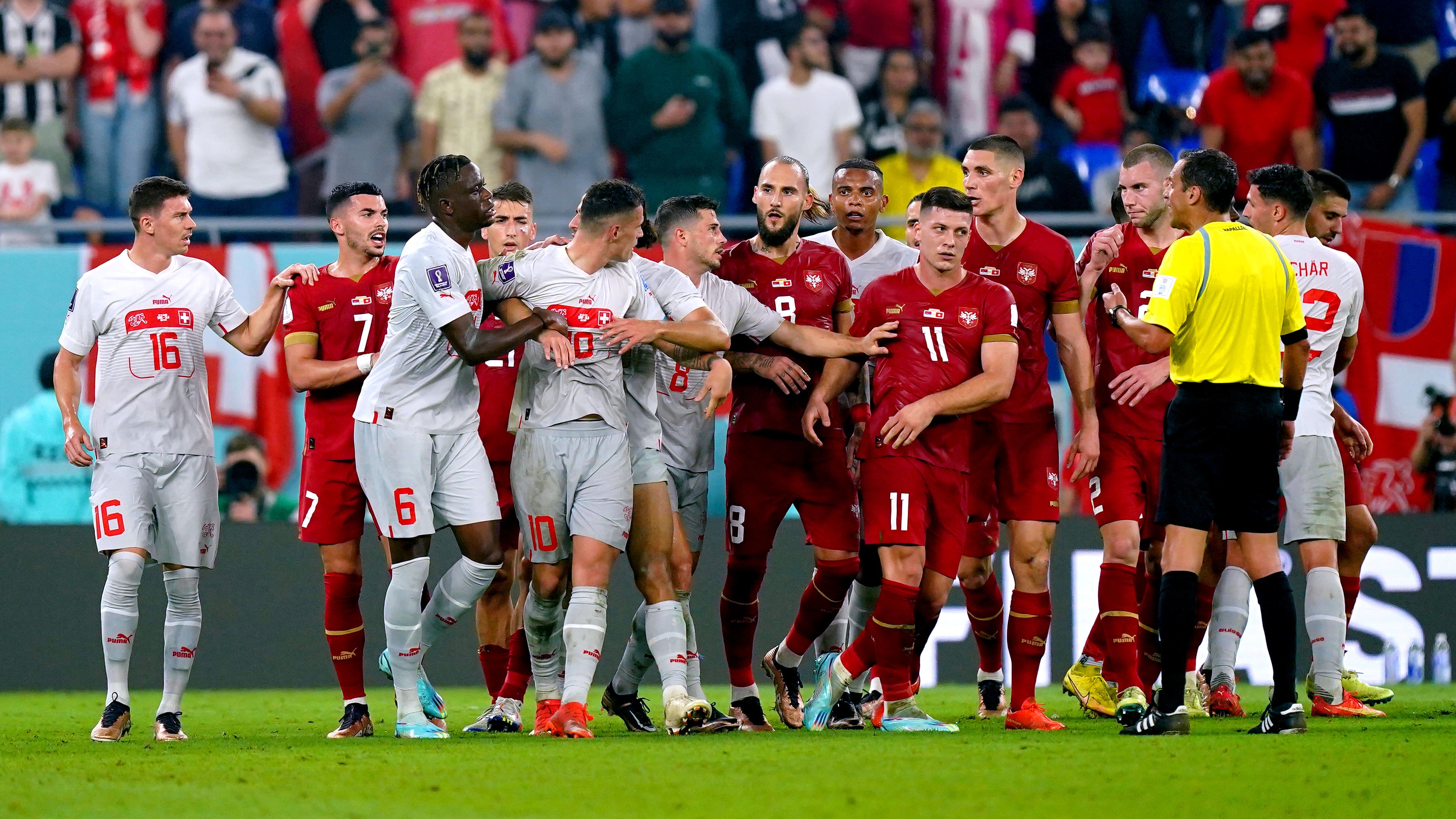 Switzerland boss Murat Yakin denied any assertions that politics were at the heart of two tense encounters in his side’s 3-2 win over Serbia, insisting any rumours to the contrary were “just speculation”.

The Swiss’ victory in a rematch of the 2018 group stage clash between the two sides propelled them into the last 16 as Group G runners-up in Qatar.

That previous win in Russia stirred up controversy when Granit Xhaka and Xherdan Shaqiri, both of Albanian-Kosovan heritage, were fined for their goal celebrations – hand gestures imitating a double-headed eagle symbol similar to the one on the Albanian flag.

Shaqiri, who netted the first of Switzerland’s three goals on Friday, did not repeat the gesture. The match nonetheless featured a pair of heated exchanges, including a second-half incident that saw subs rushing onto the pitch to join the tussle after Aleksandar Mitrovic lost an appeal to the referee for a foul.

Yakin, whose side will face Group H winners Portugal on Tuesday, shut down rumours any exchanges were politically charged, saying: “What I saw was a Granit Xhaka who focused fully on football today and who performed very well.

“I don’t know exactly what happened on the pitch. I just saw the players from Serbia crossing the sidelines, and I think other players tried to calm them down.

“I think that was just a very normal exchange, as it happens in football. You know, emotions are involved with such a game. Without emotions, I think that would be too much to expect.

“But I think overall, we were in control. They challenged us to the last minute. We had to really push our limits. But yes, again, I don’t know what happened exactly.”

He added: “We’re very happy that we’re now moving onto the round of 16, and I think everything else is just speculation and we’ll have to wait and see.”

Ethnic Albanians form the majority in Kosovo. FIFA and UEFA recognised Kosovo’s independence in 2016, a view shared by a majority of UN member states but not the Serbian government, who still consider it part of their country.

At one point on Friday Serbia looked poised to advance after Mitrovic cancelled out Shaqiri’s opener and Dusan Vlahovic fired them ahead on 35 minutes to make it 2-1.

But it was all square by the halfway point after Breel Embolo turned in the equaliser from close range and Remo Freuler’s strike three minutes after the break proved enough to send his side into the knockouts.

Serbia manager Dragan Stojkovic insisted he was not aware of alleged abusive chants from Serbian supporters during the match despite being queried about a reported in-game announcement asking for fans to respect the rules.

He said: “No, no I didn’t hear, but from my position I was very focused on the game and I didn’t hear nothing about it.”

Stojkovic partially blamed injuries for his side’s performance, and mostly echoed Yakin’s belief that simmering tensions, which resulted in a second heated encounter late in the second half, boiled over in an expected fashion.

Asked if his side were provoked by something a Swiss player said,  Stojkovic replied: “Maybe, but I don’t know what’s happening exactly. I can’t give you the reason why. Sometimes the tensions come, and some maybe bad words can create some uncomfortable behaviour.

“But it’s nothing special. It’s normal for these kinds of games.”