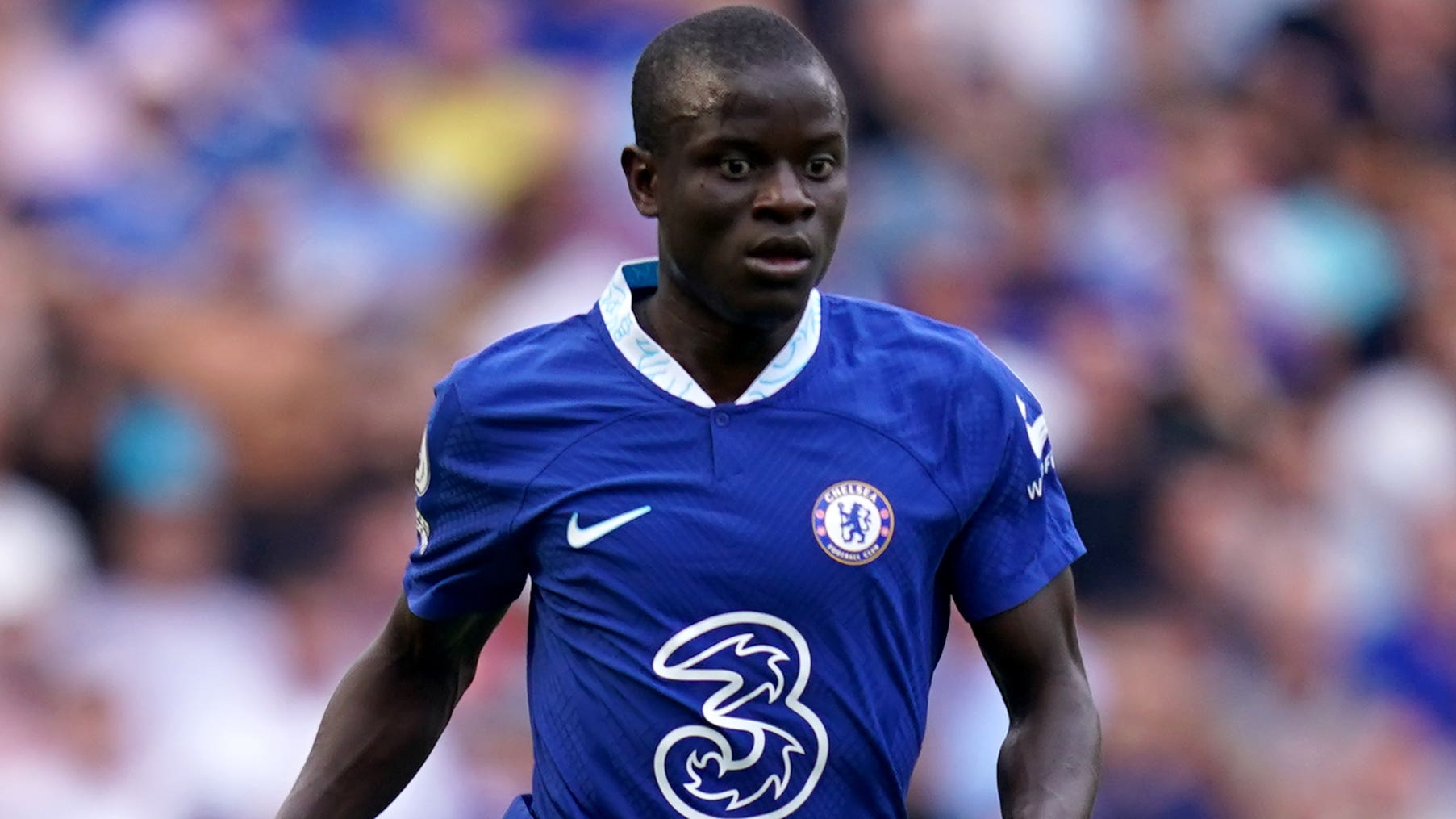 Chelsea’s N’Golo Kante has suffered a fresh setback in his battle to shake off his latest hamstring injury.

The World Cup-winning France midfielder did not travel to Italy for Tuesday’s Champions League clash with AC Milan.

Kante, who has been out of action since suffering a hamstring problem in the Blues’ 2-2 Premier League draw with Tottenham on August 14, stayed in London on Monday after encountering an issue in training.

Chelsea boss Graham Potter acknowledged both player and club now faced a nervous wait for the results of scans.

Kante, 31, has been beset by hamstring and knee trouble in the last few years, and will now miss his 10th Blues match on Tuesday due to his latest injury issue.

“It’s not ideal, disappointing for him and us, but we have to wait and see the extent of it, and go from there.”

Chelsea thumped Milan 3-0 on Wednesday at Stamford Bridge, and another win over the Rossoneri would put the London club in pole position to reach the Champions League knockout stages.

Hakim Ziyech will also miss the Group E clash in Milan due to a sore throat.

Brazil stalwart Thiago Silva, who will be out of contract next summer, is back in Potter’s squad after being rested for Saturday’s 3-0 Premier League win over Wolves.

The evergreen 38-year-old’s peerless defensive acumen could lead Chelsea to extend his deal again – something Potter has suggested will be down to the player.

“I think the decision is Thiago’s,” the Blues boss said. “I’ve only been here three, four weeks, but already I’ve seen his quality.

“All I can do is help him reach the best levels he can at the club. And the rest is something for him and the club to think about.”

Silva himself insisted it was too soon to make any decisions on his future beyond next summer – but also conceded those calls must be made soon.

“It’s probably not the right time to talk about new contracts,” he said.

“What I can tell you is that for me now, what’s important is to continue playing at the high level, helping the team achieve the best possible results.

“But of course I need to know whether I will have a new contract with Chelsea, because for my family arrangements it’s not easy.

“If I won’t have a new contact I will need to decide what to do. But it’s not easy, so we will see what will happen.”