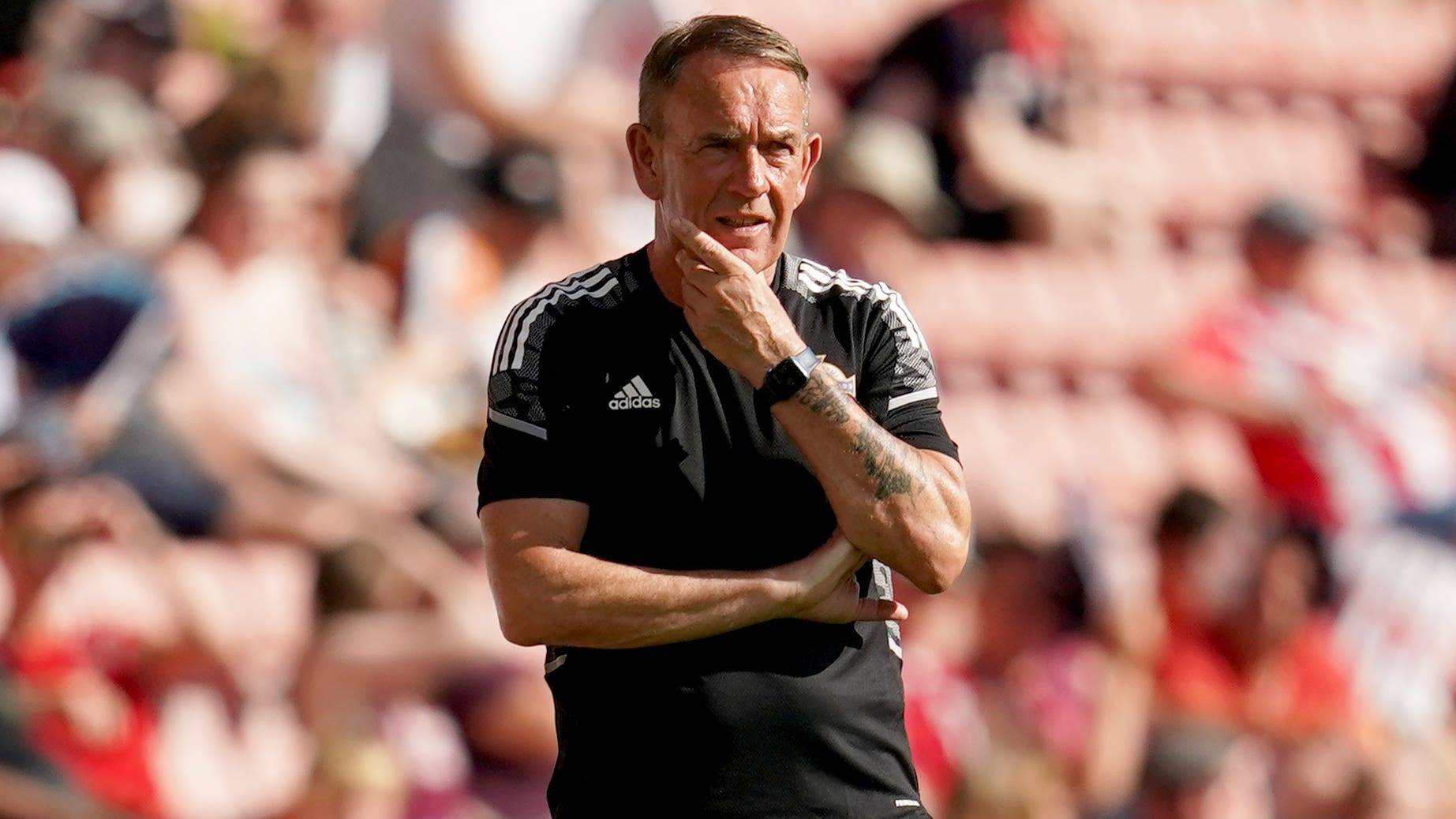 The competition’s lowest-ranked nation struggled to create in Southampton but remained in the contest until two minutes from time when substitute Katharina Naschenweng added to Katharina Schiechtl’s first-half opener.

Manager Shiels, whose side were thumped 4-1 by Norway in their opening Group A fixture, was able to take comfort from Monday evening’s performance at a sweltering St Mary’s.

“It was good at times, at times it wasn’t so good, but there were periods of the game where we matched them and that’s a good sign that we’re making slight progress,” said the 66-year-old, who guided his country to their first major tournament through the play-offs.

“In fact, we’re making massive progress, if you look at where we’ve come from.

“Austria are an established nation in women’s football, they were beaten in the semi-finals of the last tournament on penalties, they’ve got a fantastic academy, the best in Europe, most of their players play in the Bundesliga.

“They are very upper in comparison to us and for us to match them for so long brings some comfort to me, because I never would have dreamed when we took over that we could match Austria in a game and feel that we possibly could have got something.

“I think the best team won on the night, but I felt we got close to them and for quite a period of the game.”

Shiels was frustrated by the manner of the breakthrough goal, with defender Schiechtl able to tap home from inside the six-yard box after his static defence failed to react to Sarah Puntigam’s deflected free-kick.

Shiels conducted an on-field debrief with his players, who will now prepare to salvage pride during Friday’s final group game against hosts England.

“We just spoke about how we had done and how we would drive to get better and work more on our self-belief and it would give us a better chance of winning games,” he said of the full-time conversation.

While Shiels offered words of encouragement, Austria celebrated exuberantly with their supporters after bouncing back from losing to England.

The jubilation extended to the post-match press conference of manager Irene Fuhrmann, which her players joyously gate-crashed aided by music blaring from a portable speaker.

Player of the match Barbara Dunst, who was denied a first-half goal when Northern Ireland keeper Jackie Burns superbly tipped her lofted attempt on to the crossbar, said the impromptu party typified the mood in the Austrian camp.

“What you just witnessed, that is us, that is who we are and we have a lot of great personalities on the team, who are obviously having a lot of fun,” said the Eintracht Frankfurt midfielder.

“The younger generation has been part of the team from the very first day and the older players, they are role models and they also act as what they are, showing everybody that every piece of the team is as important as the other one.”

Irene Fuhrmann’s team will attempt to progress to the quarter-finals on Friday when they meet Norway in Brighton.

Speaking about the performance, Dunst said: “As expected, Northern Ireland were an uncomfy opponent. They showed today what they are capable of and we managed to hold them away from our goal nevertheless.

“We are at the Euros so there is no weak opponent and nothing to be surprised about.”