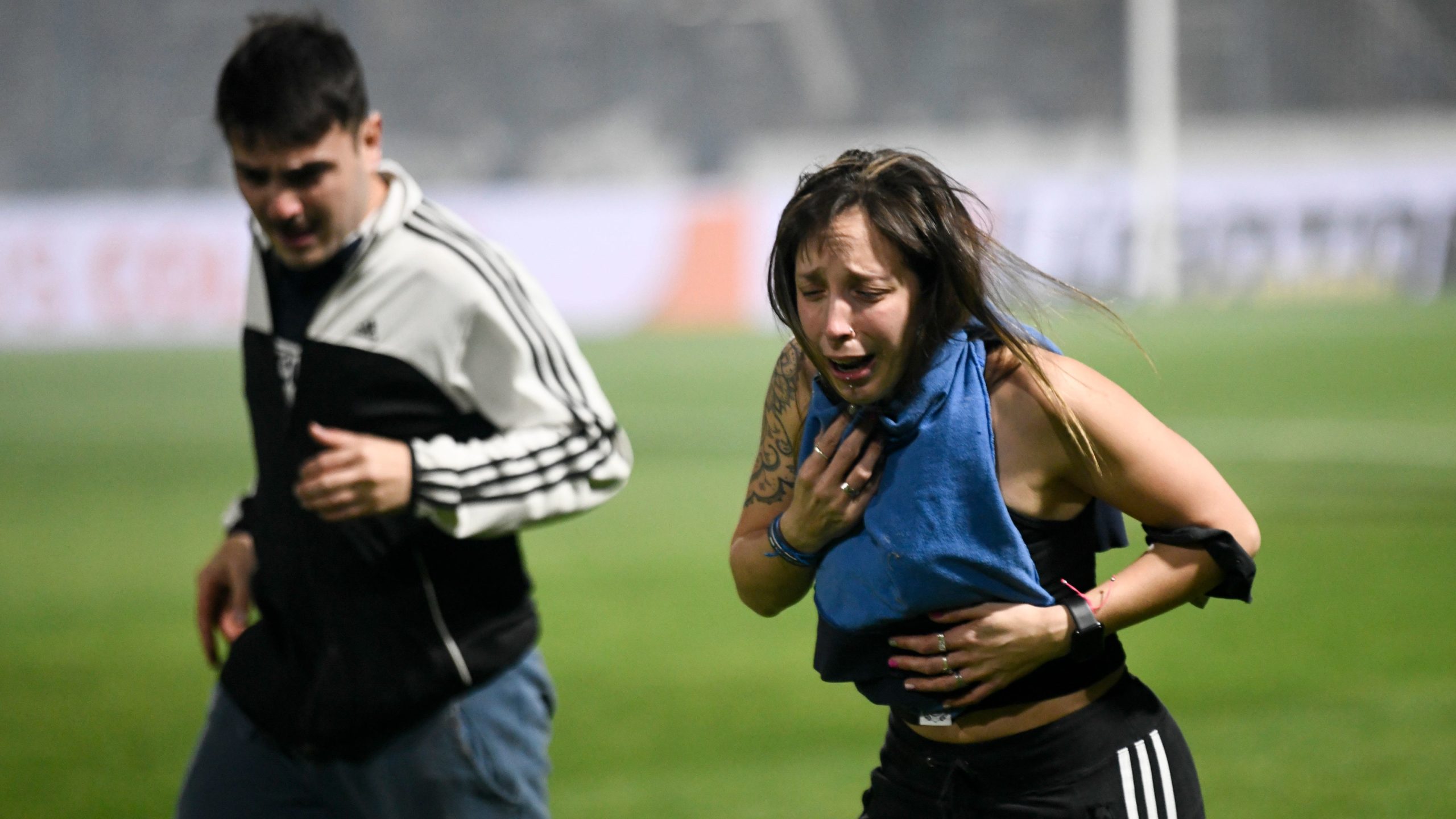 At least one person has died following clashes between supporters and police which resulted in Gimnasia’s match against Boca Juniors in Argentina to be abandoned.

Local authorities reported that home fans were trying to get into the Juan Carmelo Zerillo Stadium, which was already at capacity and had no visiting supporters attending, with police using rubber bullets and tear gas to try and restore order.

Play was suspended nine minutes into the match by the referee as tear gas from outside spread over on to the pitch. Players headed back to the changing rooms while spectators ran on to the field to try to get into clearer air.

Both the Argentine Football Association and Primera Division condemned the scenes in La Plata, near Buenos Aires, which came days after a crush at an Indonesian football match resulted in the deaths of at least 131 people.

In a statement on Twitter, the Argentine FA said: “The AFA strongly repudiates the events that took place today in the vicinity of Gimnasia stadium and expresses its commitment to continue working to eradicate this kind of incidents that tarnishes the spirit of football.”

The Gimnasia fan who died was named as Carlos Regueiro.

A statement from Gimnasia read: “The board of directors of the La Plata club deeply regrets the death of Cesar Regueiro and thoughts accompany his family and friends at this difficult time.

“We will demand that what happened be investigated until those responsible for this tragic day are known. Our institution is available to present the necessary material and documentation.

“Our club complied with the protocols established by security agencies. There was no overselling of tickets and the behaviour of our members and fans was correct.”

Boca Juniors said all of the club’s players and delegation at the match were “doing well” and passed on condolences to Regueiro’s family.