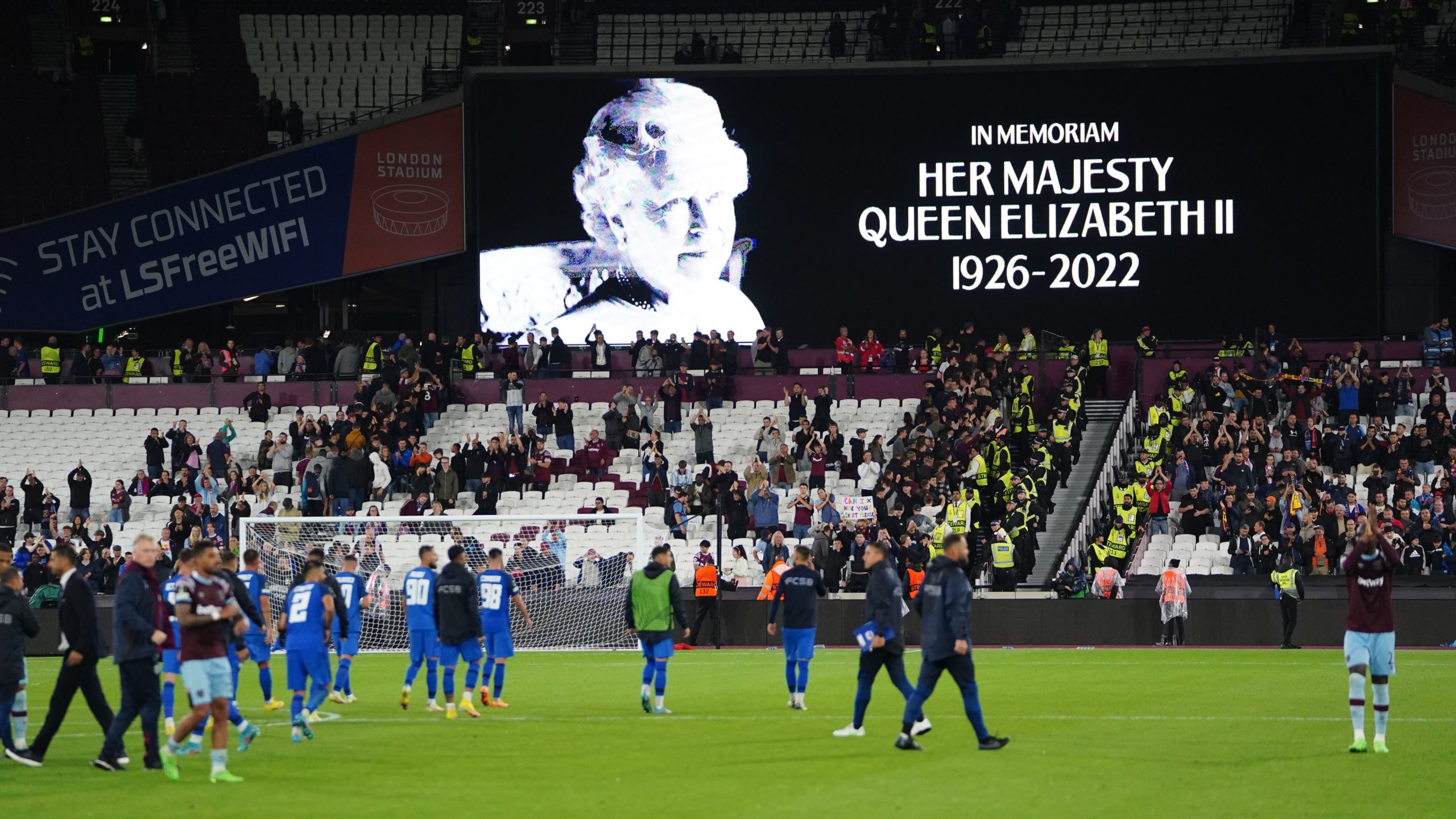 By Press AssociationSeptember 9, 2022No Comments

Organisers of the weekend’s sporting events are to be left to decide whether to postpone their schedules in the wake of the death of Her Majesty the Queen.

Decisions on whether to go ahead will be made following consideration of official mourning guidance, set to be issued by the Cabinet Office.

However, the PA news agency understands it will be left to individual organisations to choose how to proceed and postponements will not be mandatory.

A meeting involving representatives from sports governing bodies and the Government is scheduled for Friday morning.

However, a number of sporting events listed for Friday have already been postponed following the death of Elizabeth II, 96, who was the nation’s longest-reigning monarch after serving as head of state for more than 70 years.

The England and Wales Cricket Board announced play in the men’s third Test between England and South Africa at The Oval would not take place, while the English Football League postponed two matches: Burnley v Norwich in the Championship and Tranmere v Stockport in League Two.

The sixth stage of the Tour of Britain was initially cancelled before organisers later took the decision to cancel the remaining last two stages and use Thursday’s standings as final classification.

Friday’s Great North 5K will not take place, while the Scottish Rugby Union announced the suspension of all competitive domestic matches under its jurisdiction this weekend.

Rugby league’s Betfred Championship fixture between Sheffield Eagles and Dewsbury Rams on Friday has been postponed but the Super League Elimination Play-Off being played in Perpignan will go ahead with the players of Catalans Dragons and Leeds Rhinos wearing black armbands.

The SPFL’s cinch Championship contest between Dundee and Cove Rangers on Friday has been postponed with an update on Saturday’s fixtures scheduled for later in the day.

Play was suspended on the first day of the PGA Championship golf at Wentworth when news of The Queen’s death was announced, and the European Tour confirmed there would be no play on Friday.

“Out of respect for Her Majesty and the Royal Family, play has been suspended at the BMW PGA Championship at Wentworth Club for the remainder of Thursday and flags at Wentworth Club will be lowered to half-mast,” a Tour statement said.

“Furthermore, no play will take place at the BMW PGA Championship on Friday and the golf course and practice facilities will be closed.

“Further updates on the resumption of play will be provided in due course.”

Manchester United’s home Europa League match with Real Sociedad went ahead on Thursday – as did Arsenal’s in Zurich – after receiving direction from the FA and UEFA, with a minute’s silence held before kick-off, teams wearing black armbands and flags flying at half-mast.

West Ham and Hearts, both at home, also played their Europa Conference League matches with similar marks of respect.

However, none of the English sides held press conferences after their matches.