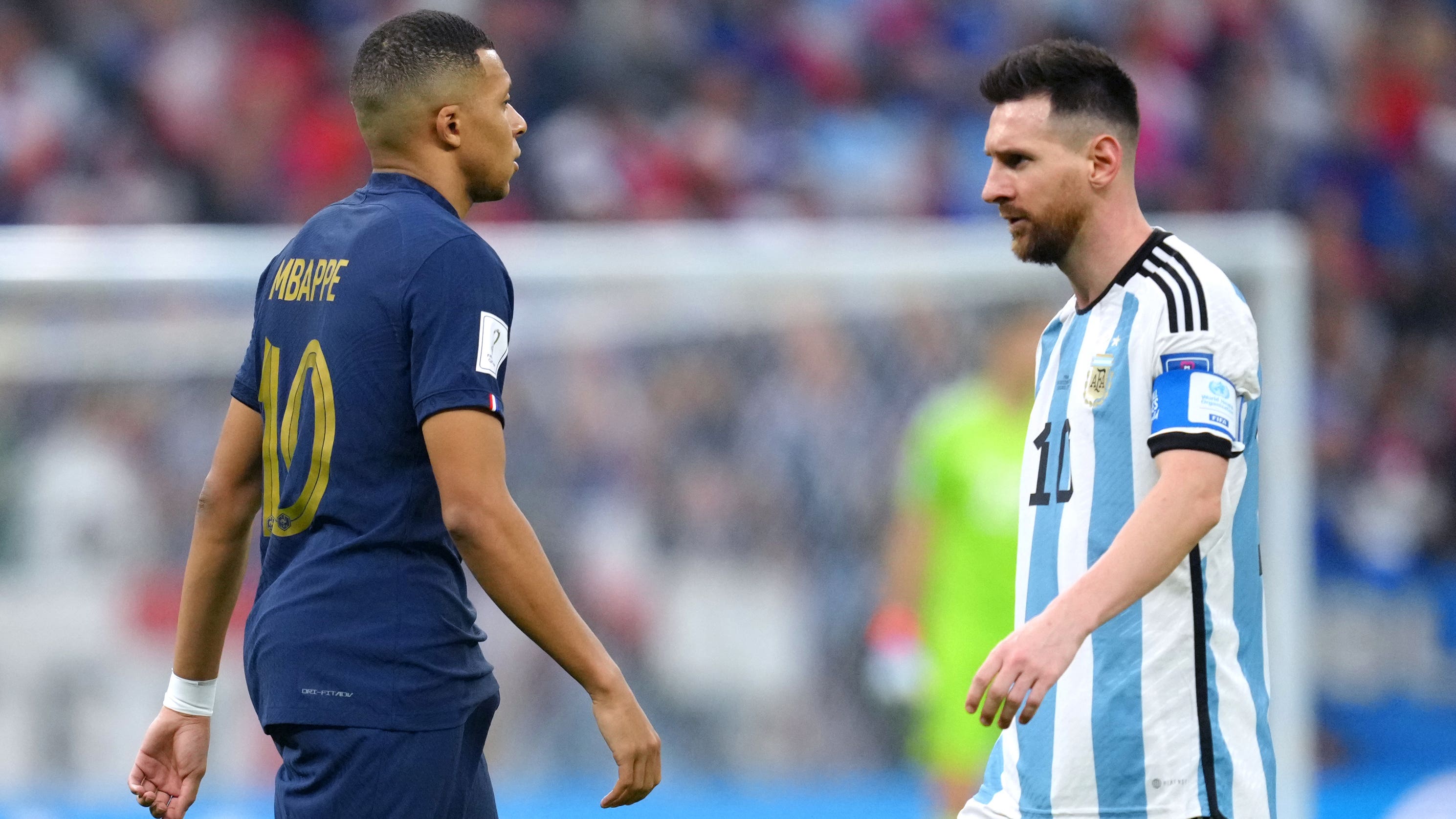 By By Phil Leake PA Sport Data JournalistDecember 19, 2022No Comments

Lionel Messi and Kylian Mbappe pushed each other to new heights at the World Cup.

Argentina’s Messi finally got his hands on the trophy in his record 26th appearance at the tournament, but not before France’s Mbappe had become the first man to score a hat-trick in a World Cup final since Sir Geoff Hurst in 1966.

Messi’s seven goals took him to 13 in total, the most by an Argentina player and joint-fourth on the all-time list.

Mbappe, who celebrates his 24th birthday on Tuesday, is set to surpass him having netted eight times in Qatar to take his overall tally to 12 in 14 appearances.

The two number 10s were streets ahead of anyone else at the tournament, with Mbappe top-scoring and Messi adjudged to be the best player in what is set to be his final World Cup.

They ranked first and second in the race for the Golden Boot with 15 goals between them, and became the first pair to score at least seven goals apiece in a World Cup since Gerd Muller and Jairzinho in 1970. Nobody else found the net more than four times in Qatar.

Messi also ranked top for shots and joint-top for assists – one clear of Mbappe on both metrics – while his French counterpart led the way for ball progressions, take-ons, and ball receptions between opponents’ midfield and defensive lines.

Clash of the titans

Their brilliance was epitomised in the final – one of the greatest games in World Cup history – as each player responded to the other’s heroics.

First, Messi gave Argentina the lead from the penalty spot before launching a superb counter-attack that resulted in a second goal.

Not to be outdone, Mbappe turned the game on its head with a quickfire double on 80 minutes, initially converting a spot-kick and then drawing France level with a magnificent first-time volley.

In extra-time, the 35-year-old Messi was on hand in the six-yard box to convert a rebound after Lautaro Martinez’s shot had been saved, only for Mbappe to complete his hat-trick from the penalty spot after his effort was blocked by an Argentine hand.

Both players showed nerves of steel in scoring the first of their sides’ penalties in the shoot-out, with Messi ultimately ending on the winning side and laying his hands on the one major trophy to elude him.