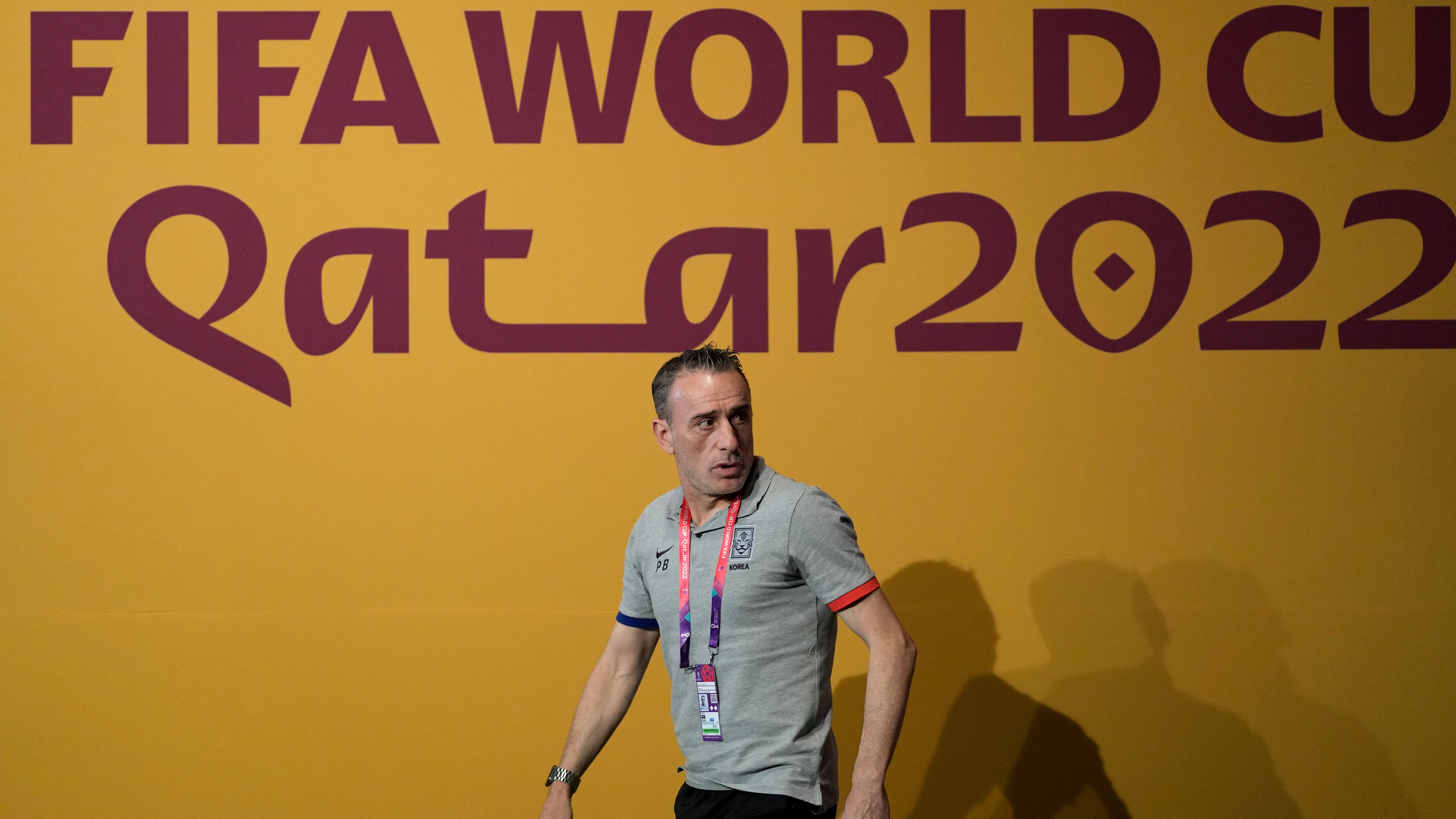 By By Carl Markham PADecember 1, 2022No Comments

South Korea’s Portuguese coach Paulo Bento will sing both national anthems before his side bid to recreate their result of the 2002 World Cup and beat his home nation Portugal.

The former Benfica and Sporting midfielder will serve a touchline ban against his homeland after being shown a red card by Anthony Taylor after confronting the Premier League official following the 3-2 defeat to Ghana.

And while Bento admits he remains a proud Portuguese, he is focused on securing the win which will give South Korea a chance of progression to the last 16.

“I do have feelings, of course, in relation to the Korean national anthem but I think I will sing the Portuguese national anthem as well,” said Bento, whose last international as a player was in the 1-0 defeat to hosts Korea 20 years ago which ended Portugal’s tournament in the group stage.

Bento insists he has no scars from his Portugal-South Korea experience as a player in 2002.

“It was my last match as an international player so that’s the memory I have, being proud regardless of a specific match, as I was able to represent my country in a World Cup regardless of specific results,” he added.

The South Korea coach does not believe his absence from the technical area will adversely effect his players, although defender Kim Young-gwon believes the third-placed side require a “miracle” to progress.

“For the Portugal match I think we do need luck but we have nowhere else to go but forward and this is our last resort,” he said.

“Under the circumstances all we can create is a miracle at the moment.”

While Portugal are already qualified and require just a point to clinch top spot, the rest of the group remains wide open with the three other teams in the running.

Korea have to win and hope Ghana do not against Uruguay, although should the African nation draw their Asia rivals would require a two-goal margin of victory.

Portugal have no such complications, knowing a draw will be enough and, while Cristiano Ronaldo remains a fitness doubt after missing Wednesday’s training, boss Fernando Santos remains confident.

“He will be training and if he is well enough physically he will be playing,” he said of Ronaldo.

“Right now I don’t know if the chance is 50-50, that will depend on the training session.

“In the past two games he was substituted, so we have a plan of course. The problem would be if we didn’t have a plan.

“To me the most important thing is the confidence I have in my players, I trust all of them.”