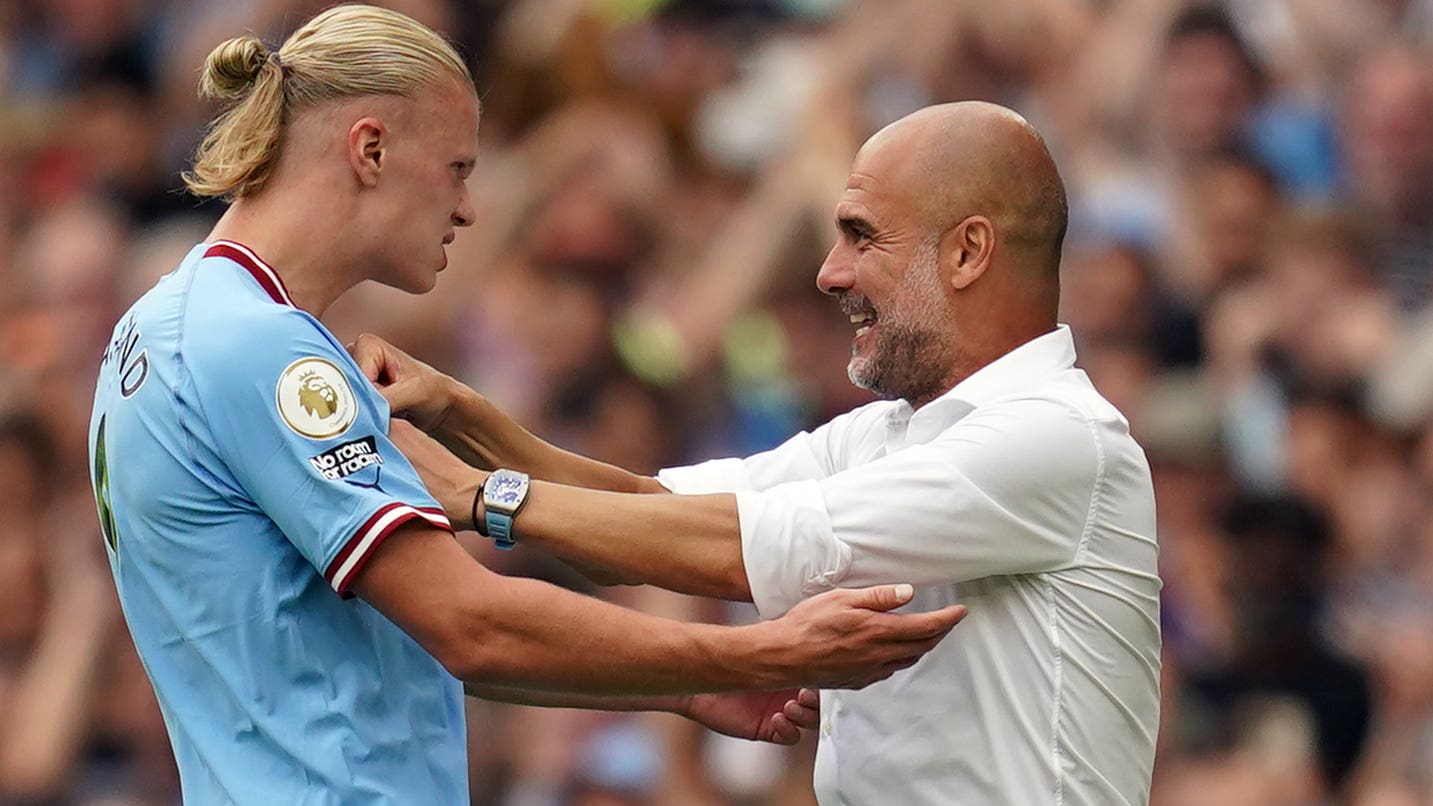 Pep Guardiola has given no clue as to whether he might rest star striker Erling Haaland in Manchester City’s Champions League clash at FC Copenhagen.

City thrashed the Danish champions 5-0, with Haaland scoring twice, in a one-sided encounter at the Etihad Stadium last week.

Guardiola’s side can secure a place in the last 16 with victory in the return fixture at the Parken Stadium on Tuesday.

Yet with a trip to Liverpool to prepare for at the weekend, the City manager could be tempted to rotate his squad.

Haaland has started all 13 of City’s games in all competitions this season, scoring 19 goals in the process.

Speaking at his pre-match press conference on Monday, Guardiola said: “Tomorrow I am going to decide what is the team selection.

“I have to speak with the players, physios and doctors and decide what is the best. Then we will see.

“It’s true that in the last 25-30 minutes when games are tight, that is when fatigue and the risk of injuries rises. But lately we were lucky to score goals in the first half and at the beginning of the second, then after we can rotate.

“But it’s not just to rest players for fatigue but to involve everyone. I like it when everyone can be involved in the team and play as best as possible and reach the best level.”

One area of the team where Guardiola has frequently been making changes this season has been in defence.

Aymeric Laporte was injured at the start of the campaign and John Stones and Kyle Walker are both currently sidelined.

With Nathan Ake having also had fitness issues throughout his time at City and Ruben Dias out with a knock at the back end of last season, it has been some time since there was a consistent back four.

Manuel Akanji was signed on deadline day in recognition of the problems City were having in the area.

Guardiola said: “I would love to have the same back four but the players we have cannot handle every three days being fit. Other teams maybe can do it but we can’t.

“It’s important for us everyone can play and everyone can perform well if you want to be there for all the titles we are fighting for, plus the World Cup, to be in that position until the end. Otherwise it is so difficult.”

Guardiola was joined for pre-match media duties by centre-back Ake, who is pleased to have got some opportunities this term after being linked with a move away in the summer.

The Dutchman said: “So far I’m happy. Obviously I started the season playing a few games. I had a little setback with the injury but luckily it wasn’t too bad.

“I’m progressing well and hopefully I can continue like this. I’m very happy to be here. Football can be strange sometimes and things happen but in the end I’m very happy I stayed.”