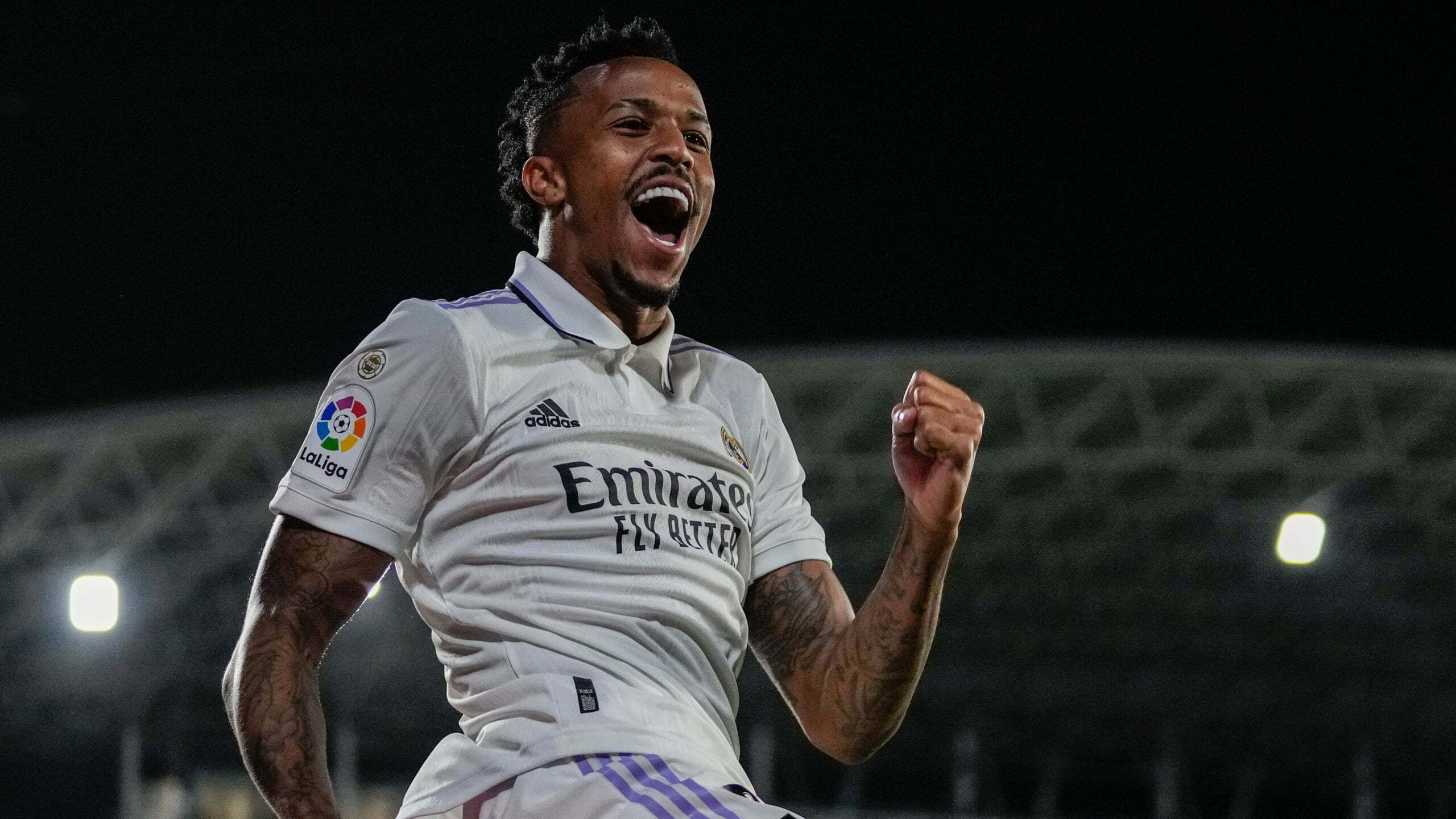 Real Madrid bounce back with win at Getafe

Eder Militao’s early goal proved enough for Real Madrid to get back to winning ways in LaLiga with a 1-0 victory at Getafe.

The Brazilian headed in a corner in only the third minute but Real, who dropped their first points last weekend in a draw with Osasuna, were frustrated in their efforts to add to their advantage.

Vinicius Junior was awarded a penalty only for it to be overturned after replays showed the ball had gone out of play while Rodrygo had an effort chalked off for offside.

Third-placed Athletic Bilbao dropped two points after being held to a 1-1 draw by Sevilla.

In the first match of Jorge Sampaoli’s second spell in charge, Oliver Torres opened the scoring for Sevilla after only four minutes but Bilbao equalised in the 73rd minute through Mikel Vesga while Ander Herrera was sent off in stoppage time.

Atletico Madrid are now just one point behind Athletic after a double from Angel Correa earned them a 2-1 win over Girona.

Correa struck early in both halves and Atletico held on after Rodrigo Riquelme pulled one back in the 66th minute.

In Italy, AC Milan piled more pressure on Juventus and boss Massimiliano Allegri with a 2-0 victory at San Siro.

England defender Fikayo Tomori scored his second Serie A goal with a header from a corner just after half-time and Brahim Diaz added the second with a brilliant solo effort shortly afterwards.

The result put Milan level on points with Napoli and Atalanta at the top of the table while Juve are eighth, seven points adrift of the leading trio.

Inter Milan claimed a much-needed win, beating Sassuolo 2-1. Both goals came from Edin Dzeko either side of an equaliser scored by Davide Frattesi on the hour mark.

Strugglers Bologna and Sampdoria had to settle for a point each after a 1-1 draw. Nicolas Dominguez gave Bologna the lead in the first half but Sampdoria’s Filip Djuricic levelled in the 72nd minute.

It was honours even in Der Klassiker as Borussia Dortmund snatched a last-gasp 2-2 draw at home to Bayern Munich.

Leon Goretzka and Leroy Sane put Bayern two up early in the second half but 17-year-old Youssoufa Moukoko pulled one back in the 74th minute and Anthony Modeste headed the equaliser in the last action of the game.

Bayern also finished the game with 10 men after Kingsley Coman was sent off late on.

Xabi Alonso’s managerial career got off to an excellent start as his Bayer Leverkusen side thumped Schalke 4-0, with Jeremie Frimpong netting twice.

At the bottom of the table, Bochum claimed their first Bundesliga win of the season in style, beating Eintracht Frankfurt 3-0, with all the goals coming in the final 20 minutes.

The games between Mainz and RB Leipzig and Augsburg and Wolfsburg ended in 1-1 draws.

In France, 10-man Paris St Germain were held to a goalless draw by Reims after Sergio Ramos was sent off four minutes before half-time.

The Spanish defender had been shown a yellow card following a foul but the referee then produced a red after Ramos disputed the decision.

Dimitri Payet scored his 100th Ligue 1 goal from the penalty spot to put Marseille ahead but Bevic Moussiti-Oko equalised and an own goal from Leonardo Balerdi proved the decisive moment.