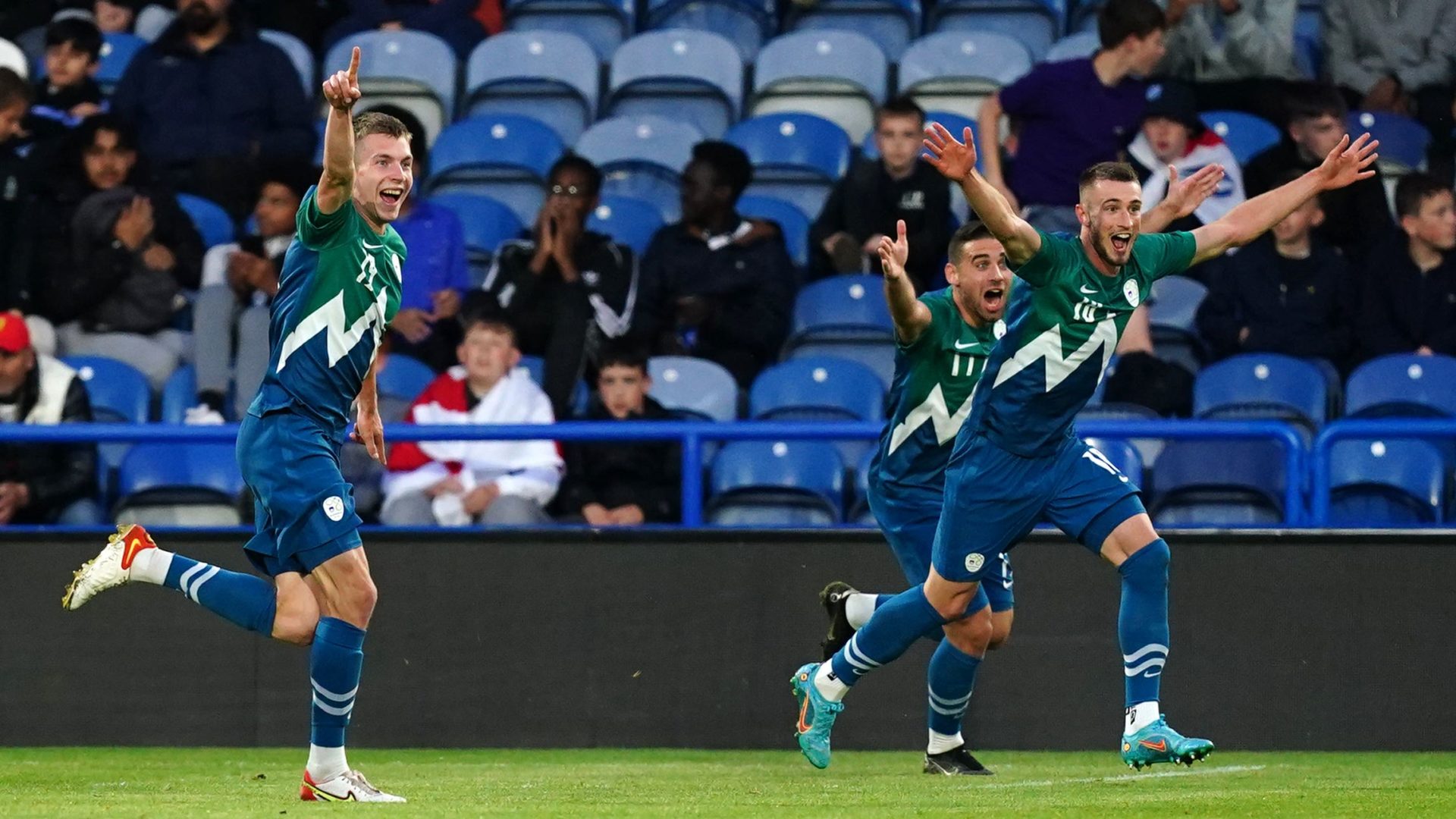 Slovenia stunned England Under-21s to condemn them to a first European qualifying defeat for 11 years.

Djed Spence’s first-minute own goal and Mark Zabukovnik’s header ended the Young Lions’ unbeaten run which stretched back to November 2011.

Monday’s 2-1 defeat in Huddersfield – despite Cameron Archer’s late reply – is their first qualifying loss since a 2-1 defeat to Belgium during their bid to reach Euro 2013.

Lee Carsley’s side have already reached next year’s tournament in Georgia and Romania after three wins this month sealed top spot in Group G.

Defeat does not derail that progress but reminds the Young Lions they are not infallible and underlines Carsley still has work to do with a group who came together for the first time last September.

Slovenia had already been the only side to take points off England in qualification when Carlsey’s men blew a 2-0 lead to draw 2-2 in October.

The visitors continued to be their bogey team as they took the lead after 54 seconds in Huddersfield.

Morgan Gibbs-White brought down Luka Ticic and his free-kick was flicked into his own net by Spence.

It was the first time in qualifying England had gone behind and they struggled to immediately recover with Nino Zugelj coming close to doubling Slovenia’s lead.

The Young Lions laboured to the break with Jacob Ramsey sweeping their best chance wide and they were staring at their first qualification defeat in 55 games.

A fourth match in 10 days seemed to weigh on the hosts, despite having qualified by beating Albania in Chesterfield last week.

Gibbs-White fell over his own feet after bursting into the box to sum up the hosts’ problems and Carsley called for Harvey Elliott, Archer and Max Aarons on the hour.

England were desperately searching for inspiration but they came up wanting and fell further behind after 64 minutes.

Again it was a wide free-kick from Ticic which caused the trouble and Zabukovnik rose to power in a header from 10 yards as Slovenia closed in on being the first team to beat England at home since Greece in March 2010.

There was little hope of a recovery, even if Benjamin Markus cleared Charlie Cresswell’s goalbound header, with 16 minutes to go.

Archer pulled a goal back in injury time – for his fourth goal in a week – and Curtis Jones sliced wide but England’s long unbeaten run ended.