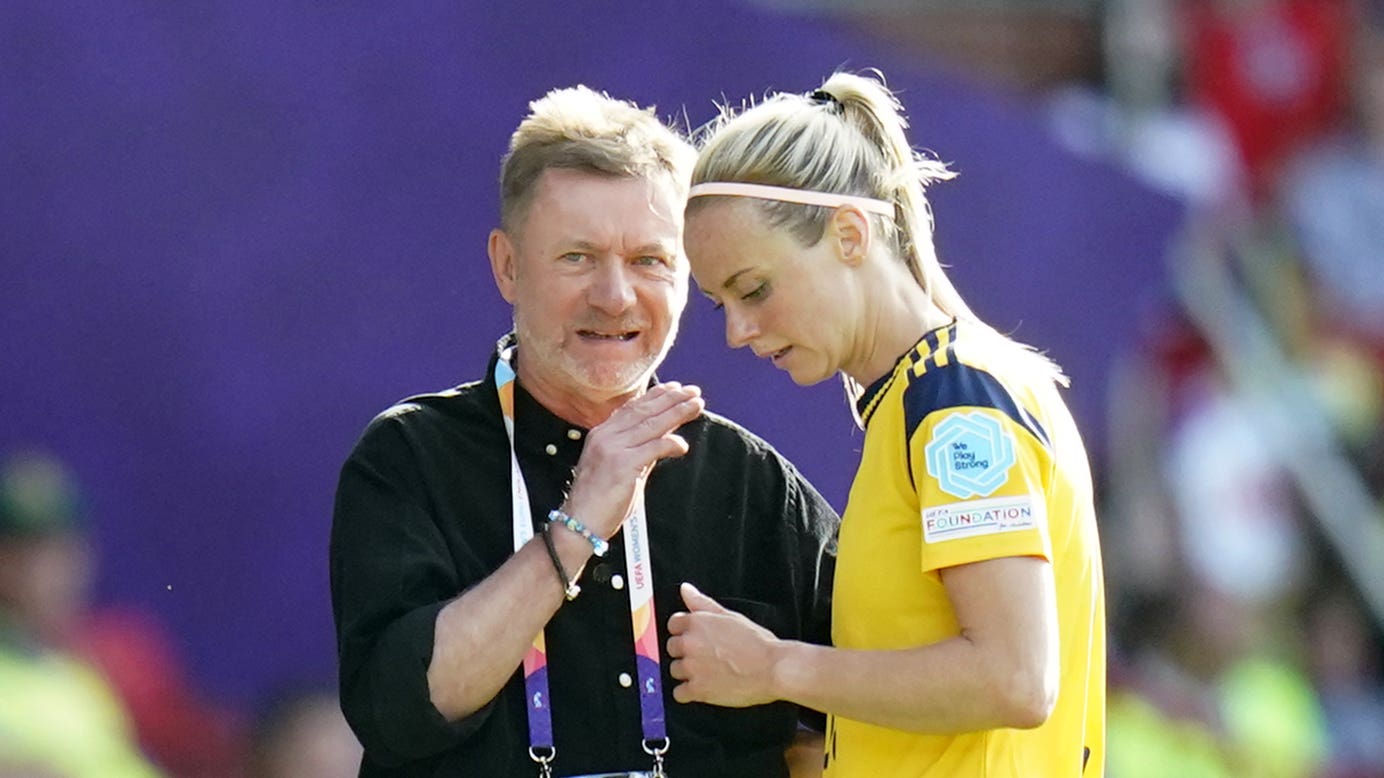 Sweden head coach Peter Gerhardsson admits he may need to conjure an extra special game plan after setting up a Euro 2022 semi-final showdown with hosts England.

The tournament’s highest ranked team will take on the Lionesses on Tuesday evening at Bramall Lane having been reliant on a last-gasp winner for Friday’s unconvincing 1-0 victory over Belgium.

“We’re going to have a plan,” Gerhardsson said of taking on Sarina Wiegman’s side in Sheffield. “I don’t know right now what we’re going to make up.

The quarter-finals conclude on Saturday evening with defending champions the Netherlands facing France for the right to take on Germany.

Sweden made to sweat

Sweden were only spared a tense extra-time period against the persistent Belgians after defender Linda Sembrant struck two minutes into added time at Leigh Sports Village.

The 1984 European champions, who had a first-half Stina Blackstenius goal ruled out for offside following a VAR review, dominated proceedings but squandered a host of chances before releasing a mixture of relief and jubilation at full-time.

Sweden’s Magdalena Eriksson conceded a nervy evening had been a severe mental challenge and revealed she was close to tears following the decisive goal.

The Chelsea defender – one of eight WSL players in Gerhardsson’s squad – knows her side must swiftly recover physically, having been given two days fewer than England to prepare for next week’s crunch clash.

“I know all the players they have, they are extremely talented players, so we’re going to have to be really on it,” she said. “Now it’s about recovering, getting fresh again and then taking them on.

“It’s going to be an extremely tough game for us. England have been amazing so far in the tournament.”

England head into the last-four buoyed by a stunning 2-1 comeback win over Spain secured by a superb Georgia Stanway strike and hoping to inspire another raucous home crowd.

Midfielder Keira Walsh revealed she cannot wait to once again belt out a hair-raising rendition of the national anthem.

The 25-year-old feels singing ‘God Save The Queen’ best encapsulates the growing excitement about the Lionesses’ chances of lifting their first major trophy.

“You can hear it echoing around the stadium and it’s such a special feeling and one we’ve not experienced before because we’ve not had a home tournament,” said Manchester City player Walsh.

“It does give you that little bit of an extra push.”

Attention reverts back to Rotherham on Saturday evening, with the possible return of Vivianne Miedema a major talking point ahead of mouth-watering encounter between the Dutch and the French at New York Stadium.

Prolific Netherlands striker Miedema missed her country’s final two group games due to Covid-19 but could be back to spearhead their attack having resumed training.

“I’m spreading as much positive energy and optimism as possible, but we have to see,” he said. “There is a chance she could be available because things are going well, but we need to tick these last few boxes.”

France have reached the quarter-final stage for the fourth successive Euros but they have never been further.

Les Bleues defeated the Dutch 3-1 in a friendly in February but head coach Corinne Diacre insists her team are underdogs as she bids to mastermind a small piece of history.

“The Netherlands are the holders and, if either of us are favourites, it should be them,” she said. “As everyone keeps telling us: we’ve never been past the quarter-finals so we can hardly be favourites.”

Stat of the day