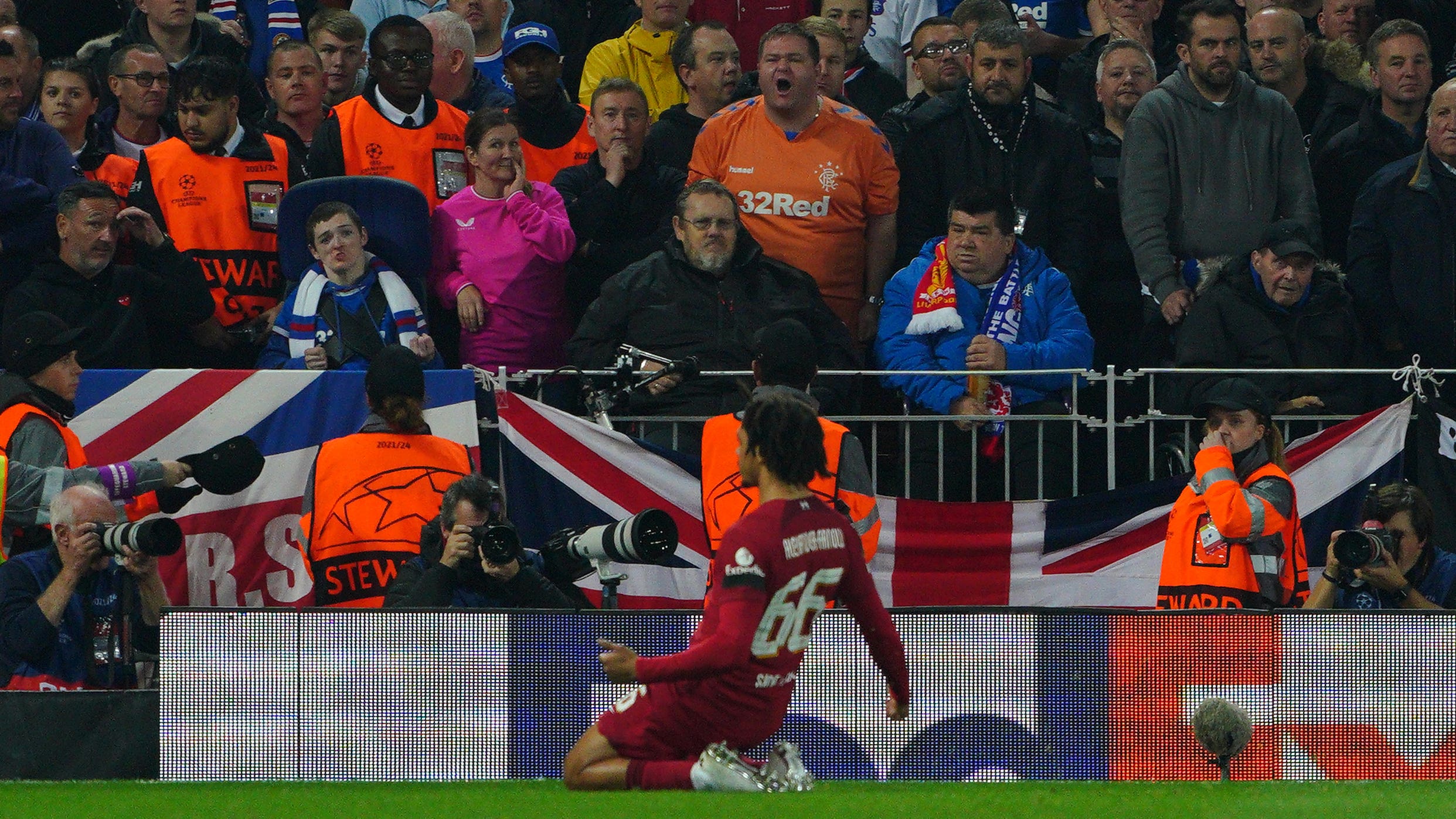 Tactical switch helps Liverpool back to winning ways against Rangers

By By Carl Markham PAOctober 4, 2022No Comments

The 40-year-old former Scotland international was by far the busiest player for the visitors, who even against out-of-sorts opposition struggled to bridge the gulf between the Scottish Premiership and Premier League.

Giovanni van Bronckhorst’s side arrived on Merseyside encouraged by Liverpool’s inconsistent form and incoherent defending but Klopp’s decision to switch formations in order to solve a mini-crisis of confidence had the desired effect.

They were undoubtedly helped by a team who struggled to retain possession let alone make any progress in the attacking third but were never under the kind of pressure which saw Brighton score three here at the weekend to prompt Klopp’s change of plan.

That they did not score more than Trent Alexander-Arnold’s free-kick and Mohamed Salah’s penalty early in each half owed plenty to McGregor, who made four first-half saves from Darwin Nunez alone.

Liverpool’s Uruguay international has not scored since the opening day of the Premier League season but after a pep talk from Klopp and his coaching staff he was restored to the focal point of the attack and did a good job of reacquainting himself with the competition in which his performances for Benfica last season contributed to his £64million summer transfer.

The victory, coupled with Ajax’s defeat to Group A leaders Napoli, opened up a three-point cushion to the Dutch side and a win at Ibrox next week would go a long way to securing their progress to the knockout stage.

For Rangers, however, their wait for a first Champions League goal in 12 years goes on having registered just one shot on target at Anfield – in the 86th minute.

Klopp’s quick-fix solution to their defensive issues appeared to be to go more offensive, with Mohamed Salah, Diogo Jota and Luis Diaz playing behind Nunez in a 4-2-3-1 formation.

The echoes of fans booing the Champions League anthem in protest at UEFA’s handling of May’s final in Paris had barely died down when Nunez, after an early effort was parried by McGregor, drew a foul from former Liverpool defender Ben Davies – making his first appearance at Anfield.

A free-kick 28 yards out and left of centre was prime Alexander-Arnold territory and the right-back, under scrutiny for his defending, curled a shot into the top corner.

McGregor then denied Salah, released by Nunez who was given free rein to roam across the forward line, and the Uruguayan a further three times before the break as Liverpool created regular chances without looking clinical.

Rangers would have been relatively happy to get to the interval only one goal down but even they must have felt the inevitability about the direction of travel and it took only eight minutes after the restart for their fears to be realised.

Former Everton academy graduate John Lundstram had a nibble at Luis Diaz as he cut in from the left but it was the heavier, clumsier challenge of Leon King which felled the Colombia international.

Salah confidently stroked home the penalty to give the scoreline a more realistic look and from that point it appeared to be a question of how much the hosts wanted to score more and whether Nunez could end his five-match barren spell.

It was not for want of trying for the willing forward, but Jota came closest with McGregor tipping over his shot.

Rabbi Matondo’s cross was cleared over his own crossbar by Liverpool left-back Kostas Tsimikas and fellow substitute Antonio Colak’s shot was charged down by Alisson Becker as Rangers finally stirred in the last five minutes but they were token efforts on a fruitless night.